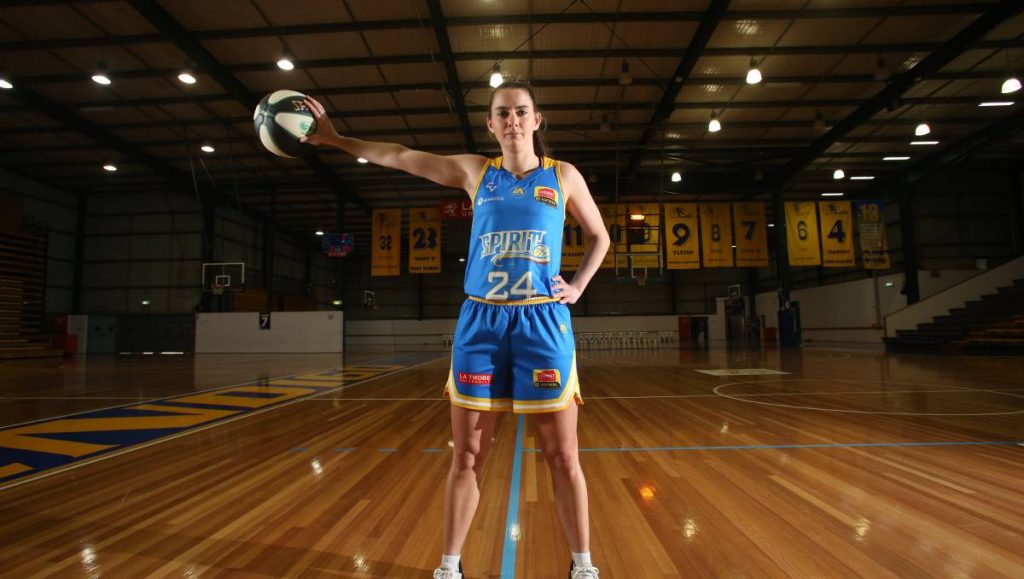 ONE WNBL club ready to move past last season and start fresh when the upcoming campaign starts next Wednesday, is Tracy York’s Bendigo Spirit, who finished with the equal worst record next to the Townsville Fire last season with five wins and 16 losses. This fact coupled with the added element of imports being absent from competition this year, the Spirit will boast one of the most youthful sides set to take the floor over the next six weeks and will certainly be one of the most motivated prior to the opening tip-off.

It is common knowledge that heading into the WNBL20 season, Bendigo’s roster had two main cogs in their team’s machine. The first being Carley Ernst, who was already contracted to play for the Spirit this season. The second being Tessa Lavey, who had entered into Free Agency at the conclusion of last season.

The immediate actions from Bendigo were going to be to reacquire Lavey’s services for another year given her importance to York’s rotation. Last season, she accounted for over 10 points, four assists and three rebounds per game, making her one of the Spirit’s primary producers next to Ernst last year – which led to an announcement on June 10th that Lavey would be returning for another year.

While the team has taken on board numerous new faces over the last few months, a few are also familiar. The signings of Demi Skinner and Cassidy McLean are evident of this, as both had solid seasons in their debut fixtures in the WNBL. For Skinner, averages of 9.1 points and three and a half rebounds rounded out her 2019/20 stat line, whereas McLean accumulated averages of 3.1 points, 1.8 rebounds in a promising first season.

Another impressive name added to the masthead, was 17-year-old Indiana University-commit Paige Price, who is ready to make a name for herself on home soil before commencing her NCAA career in the Hoosier-red next year. Price, who served as a Development Player at the Melbourne Boomers, joined the Spirit as a contracted prospect with the intention of earning consistent minutes, as she sets her sights on competing against some of Australia’s top talents.

Also, worth mentioning is one of the most anticipated returns for next season, with Alicia Froling set to suit up for Bendigo after missing out on last season with a wrist injury, a massive loss given “someone of her calibre”, according to York. Froling’s extensive attributes list will provide much needed depth to the side, given her lengthy four-year college career at Southern Methodist University.

Bendigo’s secondary unit has some impressive additions like experienced former WNBL champion Amelia Todhunter, who will provide the side with invaluable experience while the team spends six weeks in a different state. Others include WNBL debutants like New Zealand Tall Fern Mary Goulding, who completed an accolade-filled three-year stint at Fordham University, Newberry College alum Shelby Britten, who averaged 15.1 points and 4.4 assists during her time there, as well as last and certainly not least, Jennie Rintala, who will join the Spirit after five impressive outings at the Adelaide Lightning last season.

Long-time Bendigo player from the junior level to the WNBL side, Piper Dunlop will serve her first year as one of the Spirit’s Development Players for next season in what is a “dream come true” for the 17-year-old. Next to her is former Boston College Eagles player Georgia Pineau completing the franchise’s 12-player roster for Queensland.