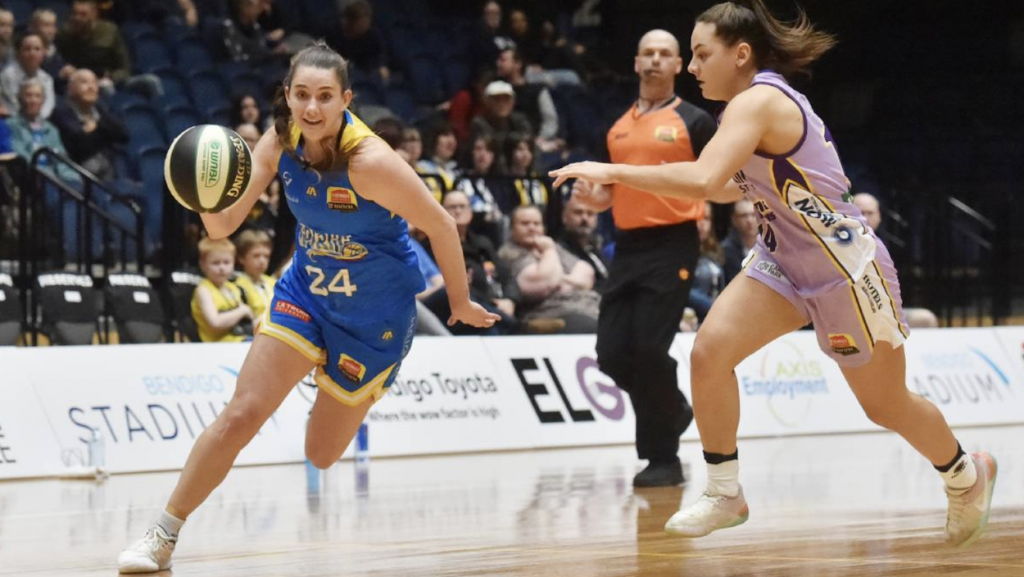 WHILE few familiar faces will return to Bendigo’s side next season, coach Tracy York and her staff have managed to hold on to one of their cornerstone pieces from last year in Tessa Lavey and will look for another productive campaign from the national-level guard. Spending over four seasons away from the Spirit serving time with both the Perth Lynx and the Dandenong Rangers, Lavey made her return to her former club for the 2019/20 season and displayed all the extra experience she gained while away.

After receiving a consistent starting role in the Spirit’s rotation, Lavey produced exceptional numbers in all 21 contests of last season. She maintained over 10 points per game in addition to 3.4 rebounds and 4.1 assists on a nightly basis. Her manner of shooting stabilised at a frequently high level, falling just under a 40 per cent conversion rate from the field (39.6) and three-point range (38.4).

Stated often as a crowd-favourite of the club, the re-signing was a big move for the club. “It was exciting for me and Mark [Alabakov],” York said. “She’s clearly got a lot of talent and she’s a really good person, and that is really key. She’s really coachable, she doesn’t bring any drama to the group, she’s very funny and everybody just loves Tessa,” York added.

After her successes in WNBL20, the national Opals side saw fit to nominate the 27-year-old to the 23-player shortlist for next year’s Olympic squad as well as Asia Cup Qualifiers. Being a frontrunner to make the final cut amongst the guards available, York indicates Lavey still needs to be slightly more of a producer and a facilitator for the side on the offensive end, a player similar in some respects to the likes of Leilani Mitchell suggested the Spirit’s coach.

“At that starting guard spot, she does need to be more of a scorer and a distributor, which is what her feedback from the Opals has been to her in taking on that point-guard role,” York said.

“In that last game of last season against Townsville she had 21 points and watching that game back again it was just her normal style of basketball. She got out on the break, she hit a couple open threes, she got a couple of drives and that’s the thing that I said to her which is ‘that is what we’re looking for’ and I’m sure that kind of thing is what the Opals are looking for as well.”

During her announcement, Lavey voiced her excitement for re-signing for another year in Bendigo, focusing on her love of the fans and what the club has to offer. “I’m really excited to announce that I’m staying in Bendigo for WNBL21. The program has some exciting things coming its way, I can’t wait to be involved,” Lavey said.

“I’m also super keen to get to work and push for Tokyo and I believe Bendigo can really give me all the opportunity to get there. I am looking forward to seeing everyone at the games when it’s safe to do so. Never underestimate our fans support at home,” she added.

Lavey will be one of the must-see players for next season’s WNBL campaign, as many will be eager to see what the national-level guard is capable of in what will surely be another impressive year.