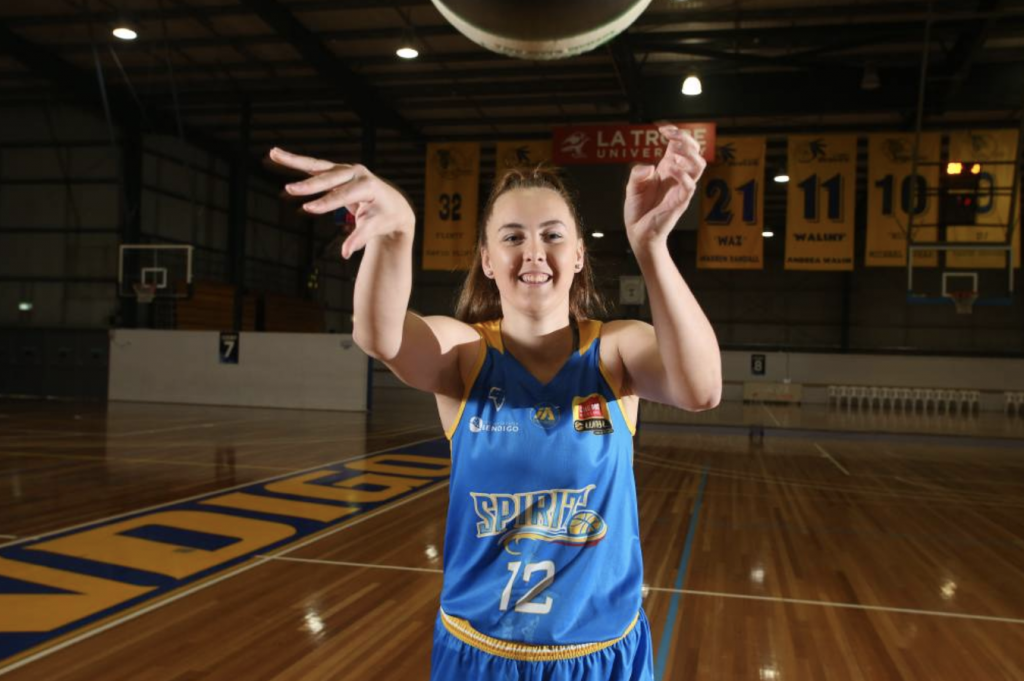 AMONGST a handful of impressive rookie seasons, many people fail to recognise just how extraordinary Demi Skinner’s first campaign with the Bendigo Spirit actually was up against WNBL-calibre competition for the first time in her career. The first signing of the Free Agency period across the entire competition for next season, Bendigo knew early on that Skinner will be a pivotal part of their roster for next season and made sure to sign her as early as possible.

Averaging 9.1 points, 3.5 rebounds and half an assist per game, Skinner would frequently transfer points onto the scoreboard and with the 23-year-old receiving an abundance of court time (21 minutes per game), she made her presence known on a consistent basis in WNBL20.

Notable moments for the young gun included a stretch of back-to-back games during the mid-way point of the season. The first of two games against the Townsville Fire saw Skinner shoot 62.5 per cent from the field to tally 26 points from six threes. Meanwhile in the second of the two games against the Adelaide Lightning, the forward secured a respectable season-high in rebounds with eight boards and 17 points capping off an awesome two-game stretch.

“With Demi coming in as a first-season player in the WNBL and the fact we had a number of injuries, she went from coming off the bench and maybe playing limited minutes to becoming a starter for us,” Bendigo head coach Tracy York explained.

“Her maturity and the fact that she’s really coachable, as well as her really good basketball IQ, allowed her to take up the challenge and really run with it and I think she did it really well all season.”

Skinner and York have history together being a part of the same team. An example of this was both individuals’ efforts at the Southern Tigers franchise down in Adelaide, as the two helped secure the 2017 Premier League title, breaking a 21-year long drought for the club. Following this, Skinner would spend her off-seasons in leagues like the QBL (NBL1 North) and the NBL1 South title contender Ringwood Hawks (cancelled due to COVID-19).

Skinner is looking forward to next season as she looks to take the next step in becoming a formidable force throughout the WNBL and rejuvenate a Spirit side that is eager to return to the glory days from just a few years ago.

“I’m super excited to be returning for my second year with the Bendigo Spirit. I can’t wait to be back for a great season surrounded by the awesome Spirit fans,”  Skinner said.

As per coach York’s intentions for Skinner’s personal game next season, she did not note any drastic changes to the small forward’s playing style. Nevertheless, a few tweaks to Skinner’s attributes will complement her in the long run given her specific skillset at her position according to the coach.

“With Demi she is a great three-point shooter, so we will work on that further. We’ll also look to work on her quickness, her lateral movement and her ball-handling, which has seen marked improvement,” York said. “There aren’t many three-type players Demi’s size that can shoot the ball, so she has an opportunity to get quicker and faster which we would like.”

While all eight teams await further instructions regarding the start of the WNBL21 season, teams across the nation have started ramping up their pre-season preparations. As York also pointed out, fitness will become invaluable to sides as a collective unit. The ability to adapt in these uncertain times will prove to be a major difference maker in next season’s proceedings.