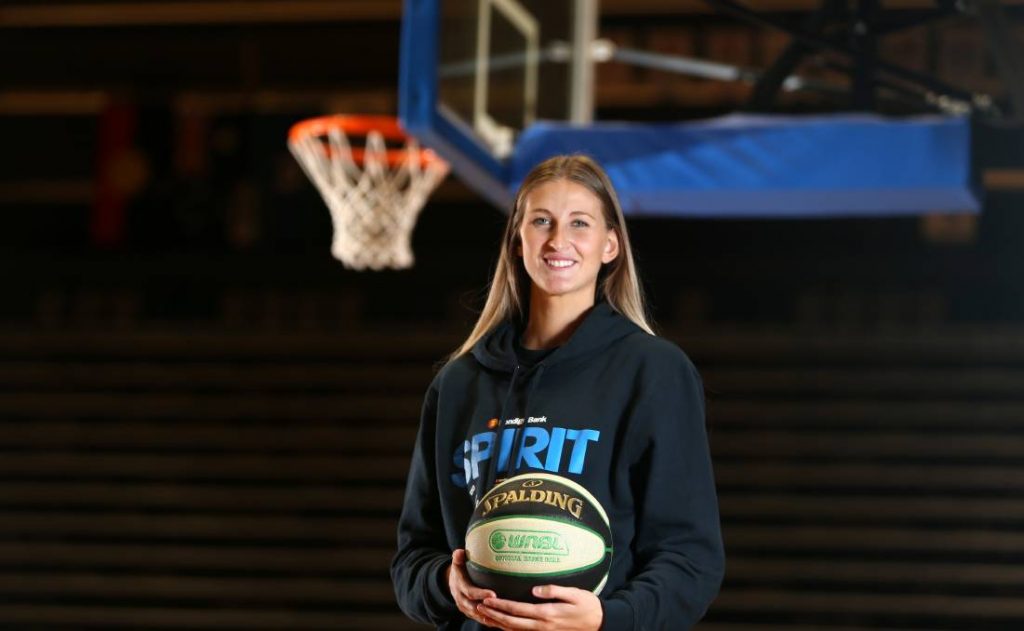 IN an offseason that has seen numerous new pieces trying to find their place amongst Bendigo’s 2020/21 puzzle, there was one piece that sat in the middle of the picture before the offseason even began. Draft Central looks at Carley Ernst, who now enters the second year of her two-year deal as the anchor of the Spirit at both ends of the floor for WNBL21.

The 196cm-tall Center still remains an imposing figure within head coach Tracy York’s side, as she prepares for her tenth playing season in the League at the age of 26. Naturally gifted athletically and diligent in her roles around the ring as of late, Ernst showed off her consistency once again last season solidifying admirable numbers in all facets of the game.

Ernst would summarise her WNBL20 season by earning 12 points and 6.7 rebounds on a daily basis. Additionally, a couple assists on top of the bulk of her production and a 40.2 per cent field goal percentage truly established Ernst as one of the premiere frontcourt players across the entire WNBL.

On particular nights, the Center accumulated double-digit numbers in either points or rebounds. Most notably, Ernst tallied a monumental effort in her third game of the season fixture against the Perth Lynx, compiling 29 points, 16 rebounds, four assists and three steals while knocking down four threes in the process. A quintessential performance from a quintessential player to say the least.

“With Carley, she is such a talent!” York said. “With her height as well and her ability to shoot the three, there are many strengths to her game.” But York mentioned that she needed to encourage Ernst frequently to get near the rim last season. “We said ‘you need to get inside!’, because she can be an inside and an outside player, and when our bigs had injuries last season she had to start down low. The more she can get inside and have a look at what is there and then get outside if she needs to, that is where you see the all-around game from a girl with Carley’s abilities,” York added.

While Ernst sets the tone on the floor whenever she plays, York sees the 26-year-old (alongside teammate Tessa Lavey) as a pivotal member of the team off the court just as much. It is well-known that the Bendigo Spirit prides itself as a franchise developing young prospects through the ranks and introducing them to the professional-level play of the WNBL. With numerous individuals in next season’s Spirit side entering either their first or second seasons in the League, it will be imperative to have experienced individuals like Ernst in the rotation according to York to help guide the way during these uncertain and unprecedented times.

“It’s very important that they provide that leadership to the group, because we can’t exactly tell them how this season is going to roll,” York said. “It’s all new to everybody, but being those types of leaders that everyone sees as doing the right thing on and off the floor, how they conduct themselves and how they talk to each other, I think that’s really important and Carley will provide that for us,” finalised York.