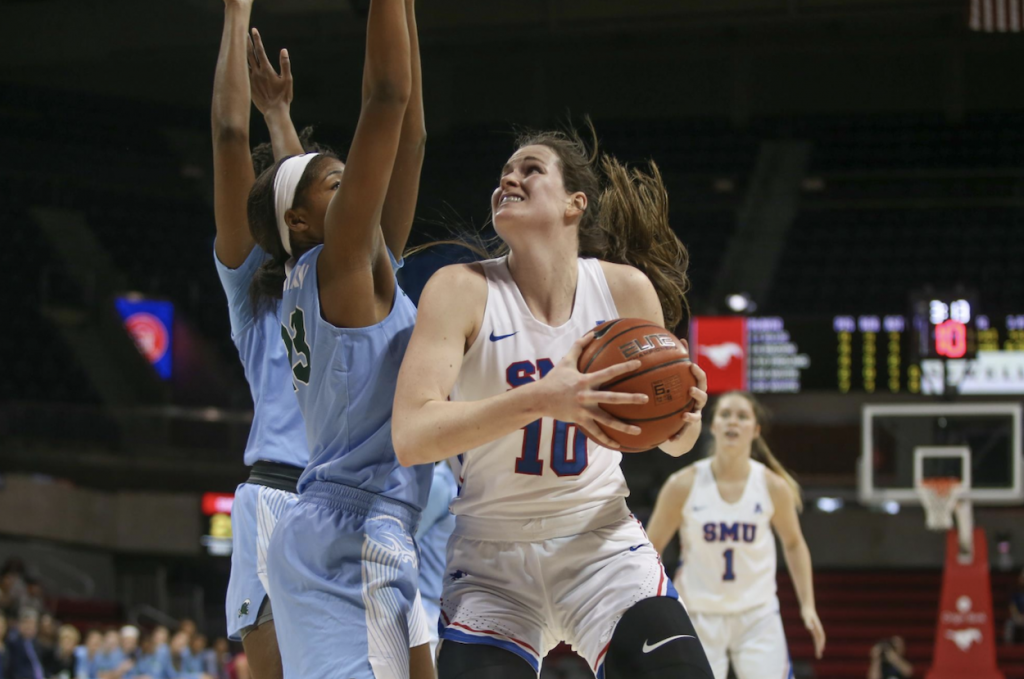 A PLAYER born and raised in the far-north tropics of Townsville; Alicia Froling got her first taste of Women’s National Basketball League (WNBL) in her hometown amongst the Fire’s roster from 2011 to 2014. She now looks to make her return to the League after five years of NCAA basketball in the States and one year off due to injury with the Bendigo Spirit.

The experience of playing at a professional level in her earlier years proved handy, as the young Australian talent shook up the American Athletic Conference for the Southern Methodist University Mustangs in Dallas, Texas. She became the first player in SMU women’s basketball history to accumulate 1,000 points and 1,000 rebounds and receive All-American Athletic Conference Third Team honours in her senior year.

After five years of college ball (redshirted in her fourth year due to injury), Froling made her way back home and head coach of the Spirit Tracy York knew she wanted the tenacious forward to be a part of her roster for the 2019/20 season. The only restriction for this move, however, was the fact that Froling would not actually suit up for Bendigo in WNBL20, as she recovered from a season-ending wrist injury that saw her sidelined for the entire campaign. Nevertheless, Bendigo’s administration was more than eager to hold on to the 24-year-old the season after.

“Given her career in college, she’s an elite rebounder and defender,” York stated. “That’s just massive to be able to have someone with good possession play and of her calibre as well, so we definitely wanted to jump on that and get her back with us this year.”

Not only does Froling’s game appeal to York, but the 191cm-tall prospect’s laid-back attitude is also a key attribute. “She’s a very chilled person, she will sit in the background and quietly smile, she will talk if you ask her questions and she takes it all in,” York said. “Everyone has different personalities, but I think she’s very excited. It has been a long time coming for her, obviously after finishing her college career and I think she’s ready to get started, and maybe start a little bit of competition with her twin sister Keely so we will see.”

Froling herself indicated excitement in returning to the WNBL, noting the level of competition the League has on offer, as well as praising York and her staff for the squad she has pulled together during the offseason.

“I’m really excited to be playing with Bendigo this WNBL season. After missing last season due to injury, I am even more excited to finally get to play in Bendigo, and in one of the best leagues in the world,” Froling said. “Tracy has put together a great team l and I’m looking forward to getting together with the group and seeing what we can achieve,” she concluded.

Froling remains up in Townsville for now, being trained by her father Shane as well as receiving regular check-ins by way of York’s notorious Zoom sessions, as teams continue to wait for announcements regarding “return to play” procedures from the WNBL.