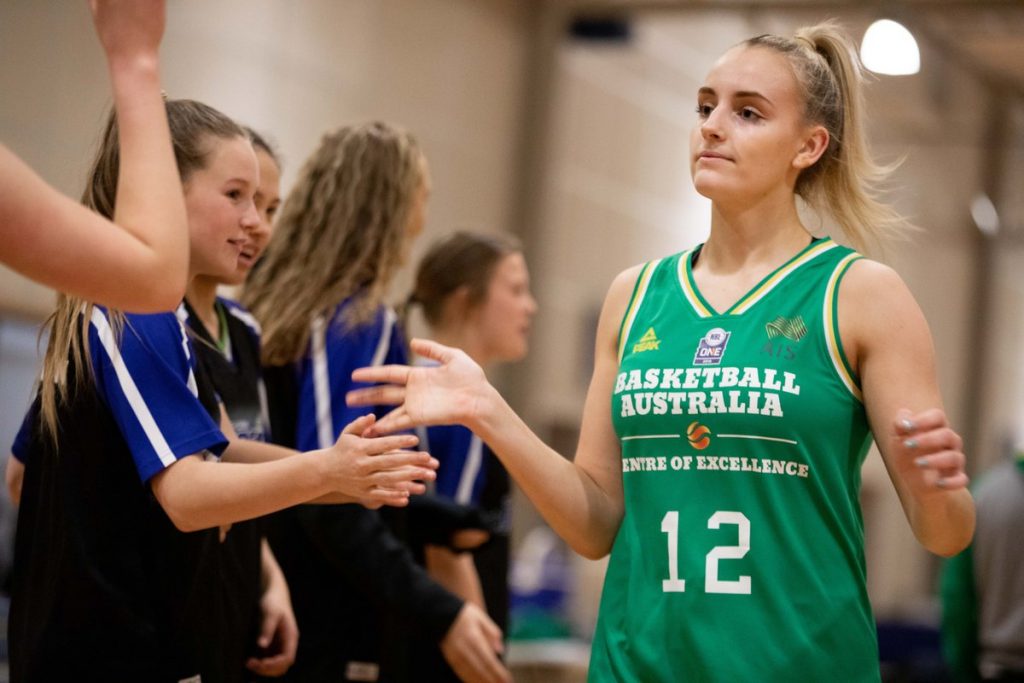 IN what has been a busy few weeks in the Women’s National Basketball League (WNBL) Free Agency period, the Bendigo Spirit have made their intentions known for next season with numerous signings over the last couple of months.

According to Spirit General Manager Ben Harvey back in late-June, Bendigo will be focused on adhering to their “development philosophy” for next season, as the franchise looks to gather positive results in the WNBL21 campaign. With this in mind, the recruitment of 17-year-old Paige Price seemed the perfect fit as she prepares for her second season in the WNBL and stint with the University of Indiana next year.

For Price, her introduction to the game originated from her family and their involvement in basketball from the day she was born. Simone, Price’s mother, was no stranger to the Australian basketball scene having played 135 games in the WNBL with the Bulleen Boomers while her father’s (Adam) coaching and love for the game provided a good basis and teaching point for Price.

But, perhaps the biggest influence for Price’s initial attraction to the game of basketball, was her older brother, Aden.

“My whole family was pretty much into basketball when I was growing up,” Price said. “But, with Aden playing at a high level with Victorian state teams, I always went and watched his games. And me sitting courtside with dad, he always made me watch the leaders of that team to make sure I knew what I was doing when I was growing up and playing. But yeah, he definitely influenced me, because we were always outside practicing and he was always getting me better.”

While playing for fun in her younger years was good for Price, she soon realised her hunger to succeed and elevate her game would arrive before her eventually. That stage came at the age of 12, as Price realised she could start to create options in various situations of a game and project the qualities of a team-leader.

After hard work and serious dedication to her craft, it was a few years later that Price started to make noticeable headway in Australia’s junior pathways. This came after being selected as the captain of Vic Country’s U16 State Championships side and then leading the team to a silver medal in 2018. She once again lead the Vic Country side in Under 18’s, establishing herself as one of the top-prospects for her age outside Melbourne’s metropolitan area.

From there and even before, the accolades started to accumulate, winning numerous Victorian Junior Basketball Association and state titles with clubs like the Melbourne Tigers, Knox Raiders, the Dandenong Rangers (in which she became a Development Prospect for the WNBL side as a 14-year-old) and the Southern Peninsula Sharks.

The next step for Price, however, came a year later when the youngster’s career became international. She was selected to lead the Australian Under 15’s side at the FIBA Oceania Championships in Papua New Guinea, under the guidance of Bendigo Head Coach, Tracy York, who recites nothing but positives for her former captain.

“Paige can shoot the three, but she can also get to the rim if she needs to,” York said. “She reads the play well, she’s very coachable and she’s an athletic type of player, which definitely bodes well for her.”

Described by York as a really good relationship between captain and coach, the two helped lead the side to a convincing 60-point demolition job of New Zealand in the Gold Medal match. This rounded out a successful international campaign, as Price was named in the tournament’s All-Star Five.

“I think as you would like to do with all your players, but it doesn’t always happen, is you want to gel well together with them,” York said. “But with Paige, she’s coachable, she likes seeking advice, asking what she can work on and she’s very mature for her age, so she was able to lead that Under 15 group very well,” she continued.

“She likes the way I coach, and I like the way she plays and then everything else becomes quite easy along the way, whether you’ve got a hard game or an easy game or whatever it is,” York concluded.

For Price, finding out that she was representing her country was something that she remembers very vividly, as it is something she had been pursuing since she was very young. “It was an incredible feeling representing Australia,” Price reminisced. “Because it makes you feel like you’ve done something special and you actually have a chance to make an impact in the basketball world.”

Having achieved the feat of representing her country, it was time to look to bigger and better things from an individual perspective, as Price started advertising herself to numerous Division One NCAA institutions in Year 10, the earliest one can start applying here in Australia. But it was not until 2019 that the offers started to come in for the teenager, prompting Price and her father to fly to the U.S for unofficial visits on the Pacific Coast and in the Deep South.

Price visited Arizona State, Oklahoma, UCLA among others (she also visited Duke prior to the trip as a part of a NPP side that competed in a tournament earlier). But, it was the collective-goal mindset of another college in the Mid-West that grabbed the Melburnian’s attention.

Price considers herself a very big person on “family culture” says the soon-to-be Bloomington-resident, as opposed to some of the individuality of some other schools, which is why she was drawn to what the University of Indiana had to offer from a team-based perspective.

The Hoosiers, a Big 10 member of the NCAA Division I Collegiate Basketball system, exudes historical importance in the history of basketball within the United States, with citations of Women’s Basketball going as far back as 1891 in what was known as the “Maxwell Era”. This making the fact that Price will be the first ever Australian to enrol with the institution even more impressive.

While the women’s team is yet to win the National Championship, they have competed in the ‘Big Dance’ six times, getting as far as the Second Round in the tournament for the third time in the program’s history just last year. Furthermore, Indiana is currently seeded at Number 20 in the AP rankings nationwide.

An additional factor to Price’s commitment, was the blossoming relationship that she and Head Coach Teri Moren have started to grow the few times they have communicated.

“We were definitely friendly straight away and I could talk to her about anything,” Price said. “We had a connection that just clicked instantly, as well as with Assistant Coach Glenn Box. They definitely made me feel comfortable and they were super welcoming and friendly, and they had a warm personality which is exactly what I was looking for.”

The Zoom call with the rest of the team was the deciding factor for Price, as later in the same day with her parents beside her, she made the decision that she would be wearing Red and White come the Fall semester next year in Bloomington.

Looking back to the present, Price prepares for her upcoming season with Bendigo, hot off the heels of her debut season in the WNBL as a Development Player with the Melbourne Boomers. This came after a year with the Australian Institute of Sport’s Centre of Excellence program in the NBL1 competition as a Scholarship Holder.

Provided she only made two on-court appearances during the WNBL20 season, the six-foot-two prospect considers that initial season in the WNBL essential in preparing for the style of play she can expect overseas and in her development as a professional too.

“Just training with those professional bodies and the experience of those players, it definitely helped my game a lot,” Price said. “It also gave me an insight into the level that I have to be at in order to make an impact in a top-league like that.”

The women in Guy Molloy‘s squad last season always held each other accountable, and that was something Price was a big proponent of. But in terms of individuals that had a profound effect on her, Price appreciated the leadership and motivation that Boomers’ captains Cayla George and Maddie Garrick brought to the table. As well as the camaraderie that grew between fellow rising stars like Chelsea D’Angelo, Penina Davidson and Monique Conti.

Now, Price looks ahead to the WNBL21 season in Bendigo, once again under the guise of coach York. But this time the case has been made by the gaffer, now going into her second season of her contract, that minutes are not guaranteed for most of the squad, and being one of the younger inclusions in the side, this includes Price.

“It will definitely be a ‘work for what you get’ scenario for all of us, but I’ll definitely be taking the challenge on,” Price stated. “I love working hard and especially going against these bigger bodies I’m definitely going to enjoy it as well.”

But like so many others who strive to compete at the top level, a lot of sacrifice and time goes into this mission, especially by those around you. The same goes for Price and her family, as she remains grateful for everything her family has done to help her develop into the player she is today.

“I definitely could not be where I am today without them,” Price said. “For example, I used to train with my sister Ebony when I was younger. So, just things like that and having that kind of support I’m lucky to have, as well as my parents always driving me to be the best that I can be.”

Price is currently finishing her Year 12 studies and will join the Spirit later in the year, once COVID-19 restrictions ease.