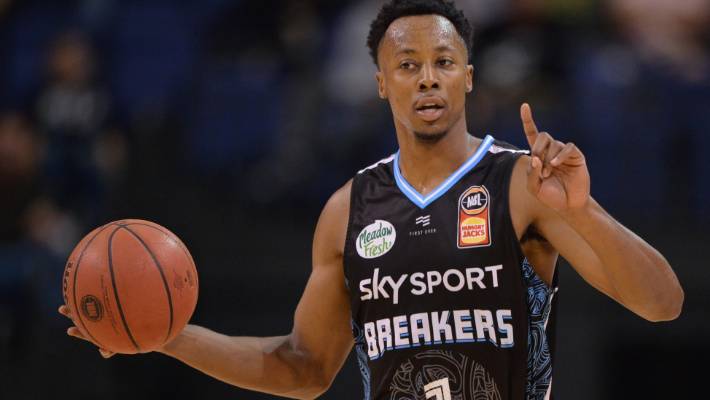 THE 2019/20 season of the National Basketball League (NBL) had plenty of momentous occasions with some close encounters, star recruits joining the ranks and a new team introduced. Draft Central has created a countdown of the top 10 moments throughout the season. Coming in at number nine is Scotty Hopson’s buzzer beaters.

Usually by Round 12, the fans and players have a pretty good idea of how the season is going to unfold, what teams are contenders, what players to look out for, what hurdles a team is facing and what the ceiling is for each team. But again, that is only usually how it goes. There are those exceptions when a team figures something out and gradually but consistently surpasses everyones expectations. When Hopson stepped up and nailed a deep two against the Illawarra Hawks to win the game, he defied expectation. But more importantly, he set things in motion. He orchestrated a singular play that the Breakers would constantly feed off heading into the second half of the season.

Before the first game winner, the Breakers were a bottom two team in the league, but momentum is a funny thing. For the Breakers, all it took was a game-deciding shot against the other bottom two team in the league, in what was thought by many as a dead-rubber. But for some reason, after that first shot a light bulb switched on and they were practically unstoppable, winning 11 of their last 14 games. If they found this surge of confidence just one game earlier, they would have had a chance to compete in the finals. Instead, the Breakers were forced to watch those games from home, missing the chance to compete in the finals by a matter of points but will take plenty of confidence out of their ability to perform under pressure.

Regardless, the unpredictable but dramatically thrilling tale of turning the tables around for New Zealand was one of the best stories all year and it ironically started with the Breakers holding a comfortable lead, up 15 points at the half. But this lead shrunk to eight with three minutes to go, then to four, then to one and finally the scores were level with only half a minute remaining. But with three seconds left, Hopson nailed the shot and the rest was history.

Fans left the stadium satisfied. It was after all a great shot and a great ending, but that did not change the beaming plight of the season. They knew the next game was not going to be as easy as they faced a much tougher team, the Brisbane Bullets. The Bullets would score within the first 10 seconds and hold the lead all the way into the final minute, until the Breakers finally levelled the scoreboard 94-94 with just 42 seconds left. Eventually it turned to 96-96 with 8.4 seconds left. But Hopson launched a deep three and sunk it, silencing 4,069 Brisbane fans at Nissan Arena and giving his team the first lead all night. Hopson proved that he was the go to man once again, with his cool, calm and collected nature to absorb all the pressure and back himself.