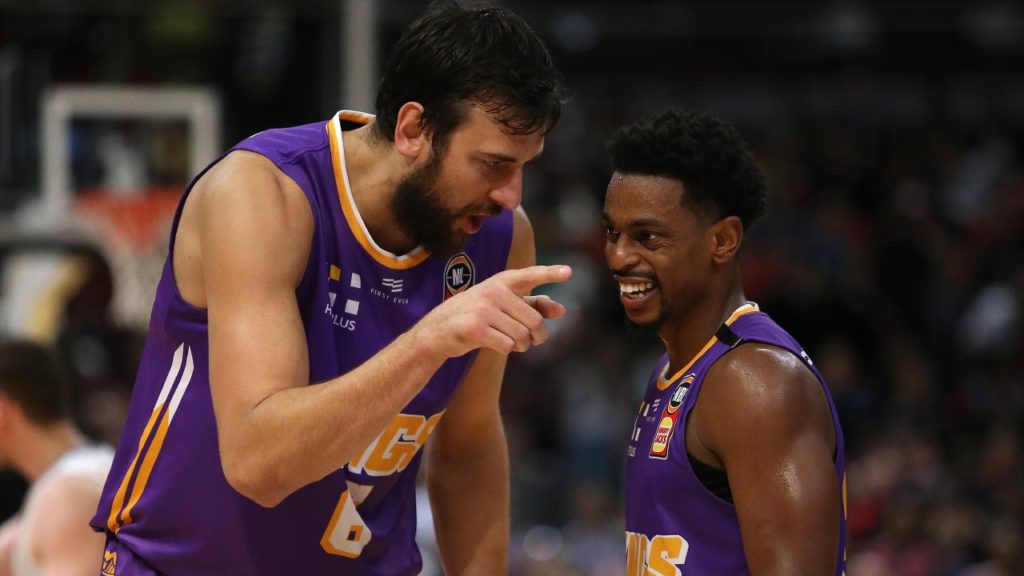 WHEN you enter a playoff series, there is nowhere to hide, all eyes turn to the five players on court and the pressure mounts as the minutes tick by. All the coaching adjustments have been made and in the end it comes down to who will stand up under the pressure. But when you have two teams that are so evenly matched, with such equal dominance over the rest of the league, this might be a cliche but at a certain point, it just comes down to who wanted it more. In this case, it was the Sydney Kings that wanted it more. Up against Melbourne United who fought gallantly to make it to the post-season, the Kings dug deep to outmuscle their interstate opponents on home soil. It said a lot about the Kings when they went on that 24-2 run in the final six minutes to win the game 86-80, in what was one of the greatest comebacks in NBL history.

But before that historic fourth quarter, Melbourne United were sitting comfortably all game. Thanks to the efforts of Shawn Long  (23 points, 11 rebounds) and Melo Trimble (34 points, five assists), United were up by nine at the end of the third. The onslaught carried on quickly into the fourth until Kings’ coach Will Weaver acquired a costly technical, sending United’s Trimble to the line as they led 78-62. While Weaver’s outburst may have caused some disruption it seemed to be just what the doctor ordered for the Kings, with the team kicking into gear. They saw it as a wake up call, a reminder that they were in a semifinals and that if they pulled together they could progress to the next stage. It was certainly a turning point in the game and changed the fate and momentum of the game. United made the mistake of getting comfortable in a finals game and within a blink of an eye the Kings scored seven straight points. 13,103 fans in the Arena – fourth largest in crowd history – stood up out of their seats to push momentum. United’s coach Dean Vickerman sensed this energy and smartly called a timeout.  But this was to no avail, as the Kings only continued to build off this energy to turn a 16-point deficit into a manageable six points with four minutes remaining.

The noise in the arena was heard around the country as Jae’Sean Tate knocked down another triple, slashing the lead to three points with three minutes remaining. After another Didi Louzada basket made it 15 straight points to the Kings. With 30 seconds remaining, Louzada would again drain another three giving the Kings their first lead since mid way through the second. By this time it was too late to turn momentum, and when the final buzzer sounded the arena was in a frenzy of cheering Kings fans.