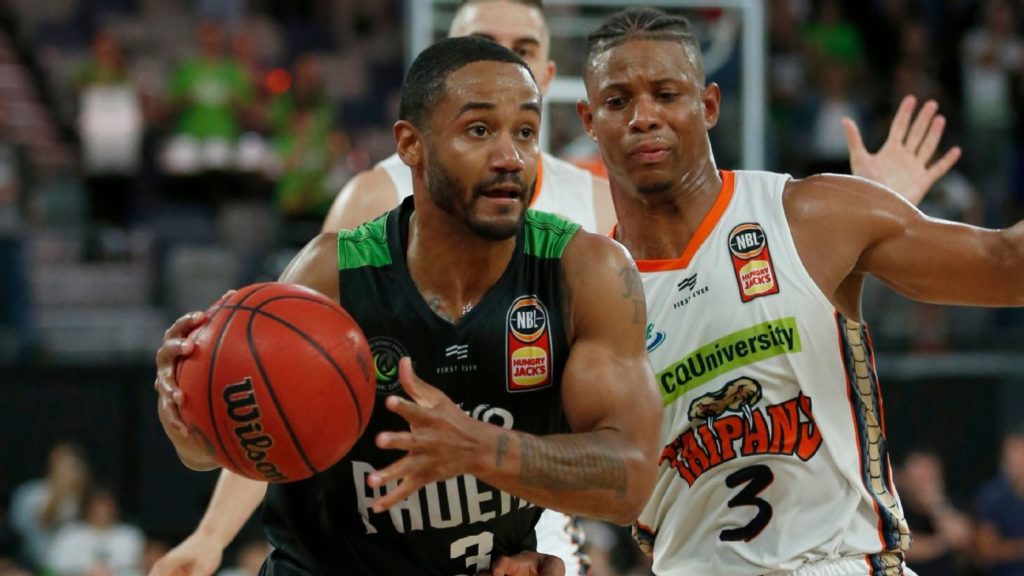 FANS across the nation played witness to a John Roberson masterpiece in Round 11 against Cairns Taipans. South East Melbourne Phoenix fans got front row seats to one of their teams most spirited comebacks in their short history. Up by as much as 10 points throughout the clash, the Phoenix’ night looked all but over down by six with 12 seconds remaining. With the win looking out of reach for the home team some could be forgiven for thinking it was time to leave the stadium and beat the traffic. But the Phoenix had other plans unleashing one of greatest clutch shooting streaks in NBL history.

On this night, Roberson knocked down back to back threes to send the game into overtime. To tip that off, he scored a mind-boggling 21 of the last 23 points to win the game. This game was neck and neck from tip off. Both teams grew leads but they were never substantial enough to release the building tension. Towards the final minute, a fatigued home crowd began to feel the intensity of their efforts being squandered as losing grew increasingly more anticipated. This would have been their sixth loss in seven games. As a brand new franchise, the fans knew that each loss moved the team closer and closer to a possible expiration.

With 18 seconds left on the clock, Phoenix’s offence turned to a scramble as Ben Madgen missed a good look from corner three. Mitch Creek ran all the way from the arc to tip the ball back in the air, while bulldozing two Cairns players as they dived to the floor. Dane Pineau came up with the ball and dished it to Adam Gibson in a frenzy. He swung it to Roberson who nailed the shot. The crowd went berserk. All of a sudden a small hope of victory manifested itself through Melbourne Arena.

Even though they were down three points, without possession, and their backs against the wall, Phoenix fans knew there was a chance to see a rare win for the South East team. With Jarrod Kenny inbounding, the noise of the stadium could not get any louder. That was until Pineau got a finger to the pass and handed it to a running Roberson. Roberson ran to the right side, faked a handoff to Creek and nailed a running off-balanced jumper to send the game to overtime.

To start the extra period, Roberson nailed another three and would not slow down from there. Knocking down six three pointers in three minutes and 40 seconds, he would score 15 in the extra period and finish with 32 points, while going 8-14 from three. That goes beyond feeling hot. But apart from Roberson’s decision to go video game mode on the Cairns, as well Pineau’s clutch rebound and steal. Credit must be given to Gibson for draining five three pointers of his own in a vintage 25-point display as well as Creek who put up a spectacular 25 points and nine rebounds. However, this night will be remembered in fan’s minds as the most exciting end to an NBL game.