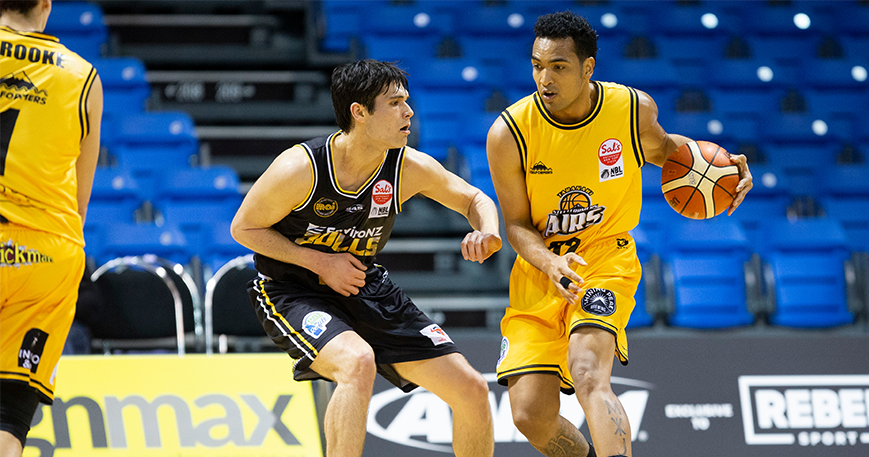 THERE are only so many coincidences that can occur in any season or competition, but thankfully fans of the NZNBL were able to witness one. This came as the best offence and best defence of the league got to settle their differences in a win or go home Elimination Final. Due to this, Draft Central sees it fitting to place the Taranaki Mountain Airs’ final contest with the Franklin Bulls in the seventh slot of this season’s Top 10 Moments.

It was during the regular season that both sides displayed their playing styles and strengths. The Airs, who concluded their season with a respectable eight win and six loss record earned the moniker of best offence in the competition. Taranaki maintained a team average of 98.6 points per contest and cracked the 100-point mark on eight different occasions. For Franklin, they earned the opposite title of best defence, due to holding teams to 82.2 points each time out, 4.2 points less than the Otago Nuggets (second in points against).

Prior to their Elimination Final on July 29, the two sides had met three times with the Airs holding the series’ bragging rights two to one. But in their most recent encounter, it was Franklin that came out the clear-cut winners in a dominant 92-65 win. But with a must-win contest to begin, all prior matchups had little to no meaning in what was a seesawing affair between the two clubs with a semi-final spot up for grabs.

Following their All-Star Five presentation, Taranaki’s two leading individuals in Derone Raukawa and Marcel Jones had their confidence brewing in the opening phase, helping their side to a 26-18 lead in the initial 10 minutes of basketball. During that pivotal first term, Doug Courtney employed some defensive tactics of his own, notably setting up a 2-3 zone defence to minimise Franklin’s inside scoring threats. This in turn forced the Bulls to settle for long range shots, which proved ineffective as they made just two from 16 attempts.

Eventually shots started to fall for Franklin, as the game started to even out for both sides. Back-to-back threes from Jackson Stubbins cut the deficit to a single basket, with the Airs holding the three-point lead at the second intermission.

While an And-One from Dominique Kelman-Poto gave the Bulls a brief lead, the continuous scoring output from Jones kept Taranaki’s noses in front for the majority of the game. In addition to this, Jones was grateful to receive the aid on the boards from teammates Tai Wynyard and Shane Temara, who each finished their nights with eight and seven boards respectively. This proved a pivotal statistic in the sequences of the game, as the Airs pushed their lead back up to eight points with a quarter to go.

Good hustle from Isaac Davidson and Everard Bartlett enabled the Bulls to get within four points, but the duo of Raukawa and Jones was put on full display once more. They carried their side over the line on a night where everyone was making their free-throws. The Airs emerged triumphant in a 99-90 slugfest and set up a semi-final date with the Manawatu Jets.

It was a clinic on both ends of the floor for Raukawa (28 points, eight rebounds and eight assists) and Jones (31 points, 10 rebounds and six assists), meanwhile the team’s rebounding and free throw shooting proved to be the difference. A plus-seven on the boards (44-37) and 90 per cent accuracy from the charity strike (18 of 20) put the cherry on the cake as Taranaki fell just a single point short of another 100-point performance.

Despite the emotional loss for Franklin, the Bulls had numerous efforts worthy of praise. Kelman-Poto led the way with his 31-point, 10-rebound and three-steal night, whereas Davidson’s 24 points off of four triples was a major contribution.

On a night that saw offence prevail over defence, it was exciting to see two teams at opposite ends of the spectrum in terms of playing style, go at it in a do-or-die matchup in the postseason. Thus, putting this moment at number seven in the NZNBL’s Top 10.