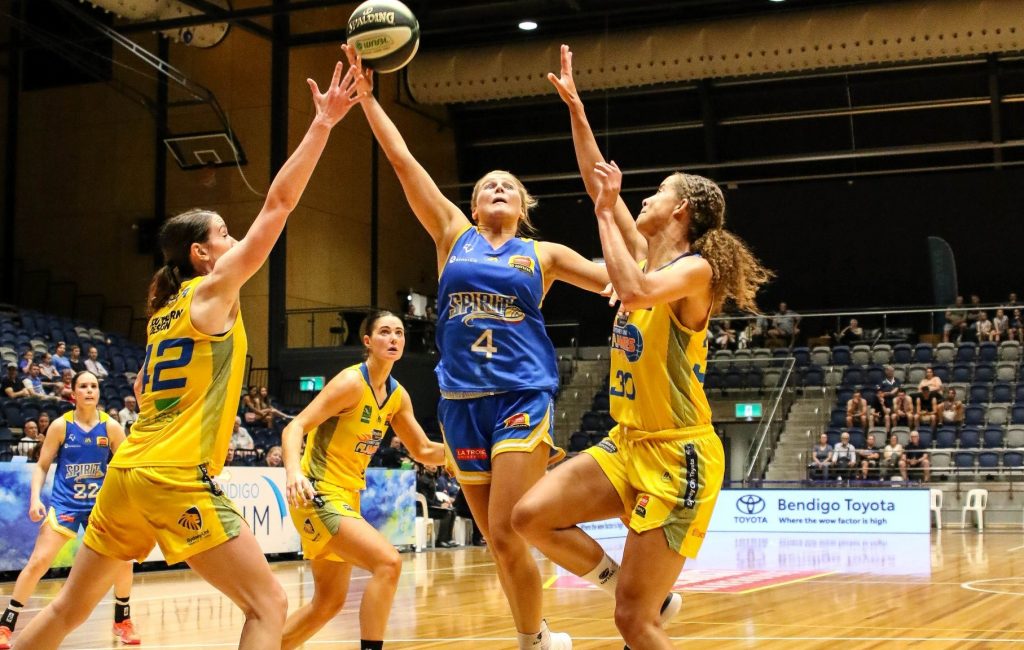 COMING off a stellar season with the Bendigo Spirit, Shyla Heal continues to drive home the message that “age is just a number”, with the 18-year-old developing into one of the Womens National Basketball League’s (WNBL) top guards and currently sits as one of the league’s biggest unsigned prospects.

As Heal’s contract with the Spirit would wind down following the conclusion of the 2019/20 season, Bendigo have at this stage tendered an extension, but it would seem that the NSW-born star is keen to test the waters of free-agency and find a more consistent role in a starting point-guard position.

In the past, Heal has openly stated her intentions to participate in next year’s WNBA draft, her development is key if she is to give herself the best chance of success but is still keen to make a championship push wherever she lands.

“Any team I play on I always want to win, I’m a competitor. Any season I go into I want to win a championship, so that’s definitely the main thing,” Heal explained. “But development is really important to me considering I’m still young and the draft is coming up. So, in summary, first, win a championship, second, get better every day.”

Following a fragmented and injury-prone second season with the Perth Lynx in 2018/19, the move to Bendigo was a suitable one, as Heal would land herself in a team that would give her a good number of minutes, thus allowing her to develop at a tremendous rate and aid her side in numerous facets of their games.

“She plays both ends of the floor really well,” Spirit Head Coach Tracy York said. “She’s a great defender and loves to defend end-line to end-line which is fantastic and not seen from a lot of guards these days, but she’s great sticking to someone like glue,” she added.

Not only does Heal’s defensive ability stand out to York, but her ability to put numbers on the scoreboard has proved beneficial on various occasions too, with York noting Heal’s scoring prowess and ability to take on defenders.

Heal’s progression throughout the season would be evident in her 21 games from last season. She averaged 9.8 points, three rebounds and 1.2 assists per game through her first 10 contests of the season. But, from Bendigo’s first matchup with the Townsville Fire all the way to the conclusion of the season, Heal’s averages increased to 14.2 points, 5.2 rebounds and 1.9 assists per game, including a 30-point demolition job of her old side Perth late in the season.

Heal’s season stat line finished with 12.1 points per outing, along with 4.1 and 1.6 being the averages for her rebounding and assist categories, while shooting at a 43.8 per cent clip from the field.

As numbers would go up, the main takeaway from last season for Heal was the experience she gained each time out and going up against a high level of competition on a more consistent basis.

“Just gaining more experience against veterans like Leilani Mitchell [for example], picking up things from her game and adding it to mine,” Heal said . “Little things like that, I think were really big for me this season, especially playing behind Tessa Lavey and learning little things from her,” Heal followed up with.

However, Heal would finish the season feeling she had a lot more to offer, after the Sapphire-selectee would play a lot of the time at the shooting-guard position, as opposed to her regular point-guard spot. The Spirit finished the season equal last with the Townsville Fire, resulting in a five win and 16 loss campaign.

“This season kind of left me hungry,” Heal said. “I didn’t really play the one [point-guard] spot much, which is my usual position. So, I didn’t really get to show the league what I could actually do playing my proper position.”

Heal developed a close relationship with Lavey both on and off the floor at Bendigo, with the two being flatmates. Lavey earned herself an Opals selection to this year’s Olympic Games, with Heal lapping up all the wisdom she can from the basketball veteran.

“For me it was obviously a great friendship,” Lavey said. “I like to think she can message me at any time and ask questions and I’m always happy to help Shyla out because she’s a really good person,” she added.

Taking on a mentoring role for Heal, Lavey was able to feed off the youngster’s energy in-game, creating what was a two-way street for helping each other’s games.

“Strictly on the court, Shyla is a competitor,” included Lavey. “We fed off each other very well,” she said.

“Shyla in some games struggled a lot just to get into the game and she was really worried about that, so the things I would say to her were ‘focus on the next thing’, or if she’s not scoring I’d say ‘you can always be doing something else’,” the 27-year-old said, ultimately summarising what would blossom into a formidable partnership for the blue and yellow.

What is Heal focusing on now? For now, the 18-year-old has set various goals for herself, bearing in mind the new restrictions COVID-19 have put in place.

“At the start of Corona I said I’m going to focus on building heaps of muscle and getting stronger through stair running, weights in my garage and all that stuff,” Heal said.

This training regiment and structure would transfer to cardio with her father [Shane], on playing fields such as ovals, for around two to two and a half hours per session, roughly six times a week, as Heal prepares to market herself to possible teams during the offseason.

But for now, in terms of decisions, all Heal can do is wait, as the rest of the league and WNBL fans await an announcement for when the Free Agency period will open.