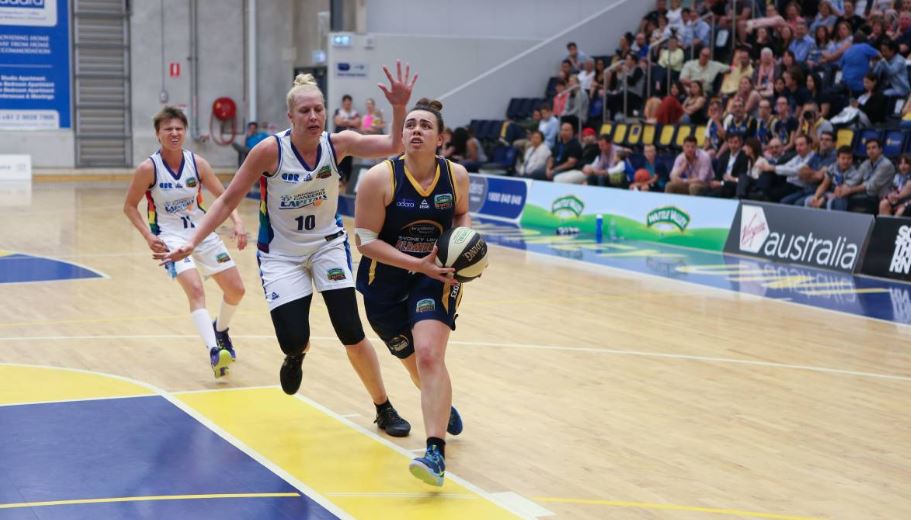 MELBOURNE’S Lindsay Allen and Perth’s Brittany McPhee continued to dominate in Round 7, while others seemed to find their feet. Maddison Rocci played a key part in the Capitals’ win over the Boomers, Tahlia Tupaea was the shining light for the Flames in their big loss against the Lynx, while Abbey Wehrung had a breakout performance against Townsville for the Spirit.

Tupaea has strung together two consecutive solid games, with the Round 7 encounter being one of her best. She was the equal highest points scorer for Sydney Uni, with her and Sarah Graham each knocking down 14 points against Perth. Tupaea was able to complement this with three rebounds and one assist from just 22 minutes of game time, proving what she could do with more game time. With a potential long term injury to Alex Wilson, Tupaea may be given her opportunity to shine in the next couple of weeks after scoring a combined 27 points from her last two games.

Maddison Rocci played one of her best games of the season on Friday night. She was the equal highest points scorer alongside Kia Nurse and Kelsey Griffin, making a good contribution in the Capitals’ all-round effort to defeat the Boomers. While she failed to grab a rebound, she got her teammates involved with three assists. Remarkably, she played the third least amount of game time with 23 minutes, highlighting her capacity to score quickly. She will want to back up this effort in Round 8.

Abbey Wehrung had a stellar game in Bendigo’s heart-stopping overtime loss against the Townsville Fire. Wehrung scored the second highest amount of points with 19. She was also able to pull down three rebounds and dish off one assist, contributing in all major stats. Wehrung played 38 minutes, which was the third highest amount of minutes played by a Bendigo player. This highlights Simon Pritchard’s belief in the young star, making her one to watch in the next couple of weeks.

Lindsay Allen has been nothing short of amazing this season for the Boomers, and has been a huge reason for their resurgence to the top of the table after a shaky start to the season. Her team had a mixed week, following up a two-point loss on Friday night with a two-point win on Sunday. On Friday night, Allen was the only player on the court to score above 20 points, ending up with 24. To put her dominance into context, the next highest points scorers were Maddison Rocci, Kia Nurse and Kelsey Griffin with 16. Allen complemented her 24 points with five rebounds and five assists, showcasing her capacity to make an influence all over the court. Against Adelaide, Allen didn’t top the scoring, but was still dominant with 18 points. She backed this up with seven rebounds and six assists in limited game time, playing 29 minutes compared to 38 on Friday night.

The Lynx were dominant in all areas in their massive 46-point win over Sydney Uni, and Brittany McPhee was one of the most impressive players in the Perth line-up. She was the second highest points scorer behind Asia Taylor, with 21. She also dominated on the boards with five rebounds, and managed to back this up with an assist. McPhee was still able to put up these numbers despite playing just 23 minutes of game time. However, she played the second highest amount of game time, with Andy Stewart not letting any of his players play more than 30 minutes in the comfortable win. This gave him license to experiment with his roster, which McPhee is a pivotal part of.