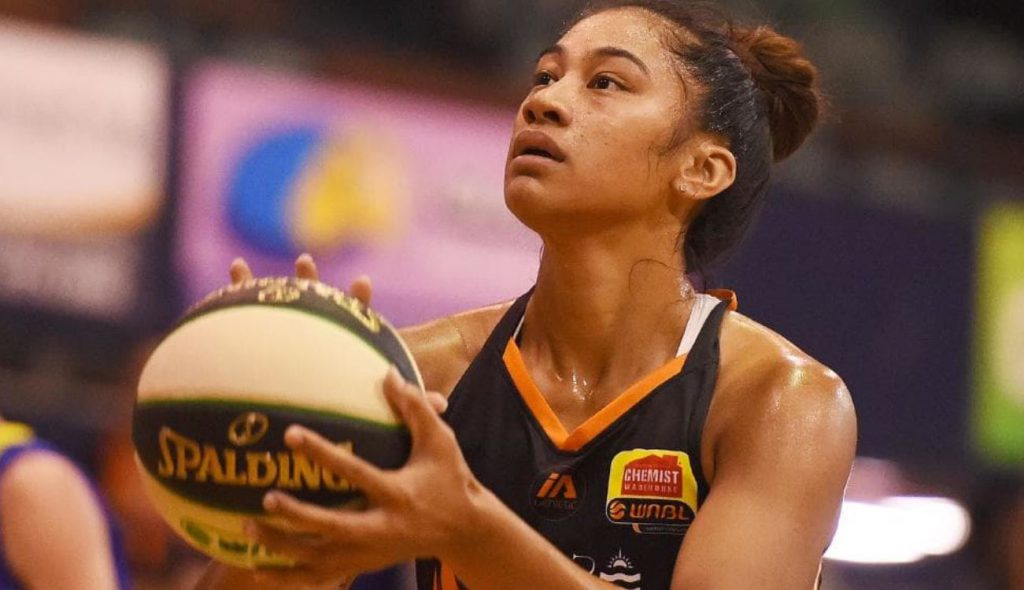 THE Melbourne Boomers are dominating on the court, and their young guns have been some of their biggest contributors. Lindsay Allen has been a star for the Boomers all season, while Abbey Grant and Kalani Purcell lifted their intensity this week. Like Allen, usual contributors, Nia Coffey and Zitina Aokuso also continued their marvellous seasons in Round 6.

Ashleigh Grant made use of her 26 minutes of game time against Perth, and was a key contributor in the Boomers’ upset win over Perth Lynx. Grant was one of four players who scored 10 points or more. She complemented her 10 points with six rebounds and three assists. Grant did not fare so well in Melbourne’s hard-fought win over Townsville though. She scored two points and gathered one rebound. However, she only had 15 minutes of game time, showing that if she had played an extra 10 minutes, she could have made an impact similar to the one she made against Perth.

Nia Coffey continues to pave the way for the Lightning this season. Although her team fell narrowly to the Townsville Fire thanks to some Tess Madgen magic, Coffey nearly steered Adelaide home with her efforts. She scored 11 points, pulled down five rebounds and dished off one assist. Coffey scored the third most points in the team was was outdone only by Kayla Alexander on the boards. Coffey is coming third in the league for average rebounds per game, with 10.

Aokuso’s big pre-season is beginning to really pay off, as she is moulding into an agile and dangerous centre for the Fire. In their nail-biting win against Adelaide, she scored 15 points and gathered five rebounds as well as one assist. This was only from 17 minutes of game time and she still managed to score the second most points in her team. She only trailed behind Suzy Batkovic, who scored 26 points and grabbed 14 rebounds from 31 minutes of game time. Aokuso was starved of game time against Melbourne, and consequently only gathered four points and two rebounds.

Lindsay Allen could be making a sneaky run for the Most Valuable Player (MVP) given the hot form she is in lately. This week alone, she scored 47 points from two games, which has seen her rise to fourth in the league for average points per game, with 18. Against the Lynx, Allen scored 26 points and gathered five rebounds as well as five assists. She also had the most game time out of any Boomer, proving how important she is to the side. The Women’s National Basketball Association (WNBA) guard backed up this performance with 21 points, seven rebounds and six assists against Townsville. This time she had the second most minutes on court, spending one less minute of game time than Jenna O’Hea. Allen has averaged 32.07 minutes of court time per game this season.

Kalani Purcell had a solid week for the Boomers. In Melbourne’s first game of the round, she had six points, six rebounds and four assists. She was a bit sloppy in the second game of the round, accumulating a game-high five turnovers. However, she put up some big clutch points in the paint at the death, and pulled down the most rebounds out of anyone in the game. In the end, she scored nine points and grabbed 15 rebounds. Purcell played just under 30 minutes in each game this week, showing Melbourne’s faith in her to perform.