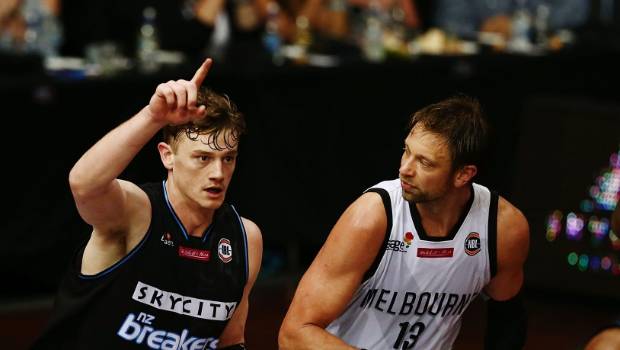 THE one game for Cairns of Round 17 in the National Basketball League (NBL) was plenty for Melo Trimble to show the Orange Army his the top heights of game. Finn Delany had a season-high points tally, as did Daniel Grida as they continue their form to the end of the season. After a tough 2018/19 NBL season, and heading into the last round, the young guns will look to cement themselves into their teams for the next season by finishing the upcoming week strongly.

Just the one game for Cairns in Round 17 and Trimble was there to provide the entertainment. In their win over Brisbane (effectively knocking them out of finals contention), Trimble put down 23 points, well on his average of 22.6 points per game. He went to the line 13 times for 11 points and had four rebounds and an assist.

Delany had a great hitout in the Breakers first matchup between the 36ers at home. The game involved draining 16 points at 62.5 per cent, a season-high six rebounds, five assists and a block. Against Illawarra, he scored five points at 66.7 per cent and was able to add one rebound and two assists.

Froling really took the game on against New Zealand, putting up 10 attempts but only making three, as he also shot a perfect three of three from the line for a total of 10 points. He had five rebounds and two assists, while against Melbourne he had seven points (at 100 per cent) and four rebounds.

Grida played the most minutes he ever had in the game against Brisbane, and he made the most of the court time. He finished with 13 points (beating last week’s then-season-high of 11 points) at 71.4 per cent, had two rebounds, three assists and two steals in a great game. It was a more low-key game when he met the Breakers, ending the game with two points, three rebounds and a steal.

Another week where Bowen had one good game, one underperforming one. Against Melbourne in the Kings’ first game of the round, he had 12 points at 57.1 per cent, five rebounds, an assist and a steal. When Bowen travelled to Perth, he managed four points and two rebounds in 15.5 minutes.

A low-key weekend for Turner, who still contributed well. On Friday against United, he score four points going 100% from two-point range, while stealing the ball twice. When the Kings met Perth, Turner scored two points from free throws, reigned in two rebounds and provided an assist.

McVeigh only got two minutes against United for one rebound, but on Thursday night against the Breakers, he shot 100 per cent for six points, as well as having one rebound and assist.

Starved of opportunities this season, Pozoglou was on court for two and a half minutes, making the last score for the Hawks of the game with a dunk, finishing with just that score plus a rebound.