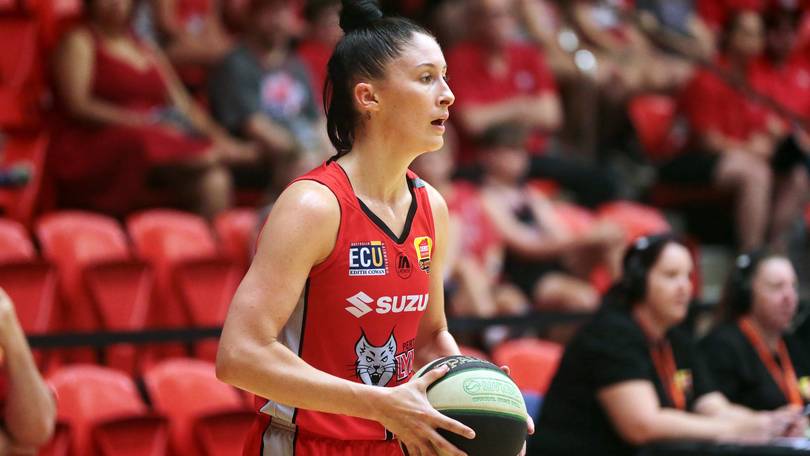 ONE of the WNBL’s most promising sides, the Perth Lynx, has taken two substantial blows to their playing roster for the upcoming season, with the last-minute withdrawals of Seattle Storm superstar Sami Whitcomb and defensive powerhouse Maddie Allen.

Announced on October 21 that Allen would be sitting out on the WNBL20 season due to personal matters and then a subsequent announcement on November 4 outlining Whitcomb’s absence due to the birth of her first child, head coach Ryan Petrik now needs to scramble to find suitable replacements and alter his rotation.

As a result of these sequences of events, the number of standout talents diminishes in size, with the exception of captain Katie Ebzery, who Draft Central looks at first today. Ebzery is easily going to be coach Petrik’s go-to weapon as the 30-year-old athlete looks to expand upon a tremendous season in all respects last season. Adding to her 16.3 points per game, Ebzery also shared the rock with 4.2 assists each time out, while obtaining 4.4 rebounds per game in the process. Her efforts saw her earn a nomination to the All-WNBL First Team (her second career nomination) and be named the Lynx’s Most Valuable Player.

Another big name being added to the ranks is former Townsville Fire forward and Western Australian local Darcee Garbin. The Australian Opal put up 14.4 points a game whilst compiling over six boards on average in all 21 games last season with the Fire, and now looks to bring that production up to North-Queensland with a wily and youthful side from Perth.

Backing up Ebzery in the backcourt are Alex Ciabattoni, Alex Sharp and Tayah Burrows in a backcourt that is filled with potential. Prepped for her fourth career season in the WNBL, Ciabattoni will serve as a utility player for Petrik, which has since become an even more important asset to have following Whitcomb’s unavailability. Furthermore, Ciabattoni was able to handle the ball a lot more in her time overseas, as it can be expected that she will carry the rock frequently over the next six weeks. Sharp adds to Petrik’s versatility trait that he has enhanced in his 2020 squad, also noting her ability to stretch the defence with her streaky shooting. This being evident during her time at Wake Forest University, where she totalled 1000 points and 900 rebounds during her NCAA career.

For Burrows, she has postponed recruitment offers from colleges for another year to play at home, given the current climate regarding COVID-19 overseas as the young guard looks to gain more professional experience before leaving Australia. Jewel Williams was also added to the roster following an impressive State Basketball League (SBL) campaign with the Kalamunda Eastern Suns in 2019, where she averaged 14.2 points, 3.2 rebounds and 2.4 assists – efforts worthy enough of an All-Star selection.

Rounding out Petrik’s side are the rest of his forwards. Namely Nes’eya Parker-Williams and Jessie Edwards, who will reinforce Garbin’s efforts on the board, which in turn will allow Ashleigh Isengarber and Kayla Steindl to fill any gaps that the other three struggle to cover. The Lynx have retained some familiarity with Parker-Williams, Edwards and Isengarber given their history within the Western Australian basketball scene from a young age. Meanwhile for Steindl, she has hopped between Townsville and Perth since 2012, earning two Queensland Basketball League titles with the Mackay Meteorettes and a West Coast Classic championship this year as a member of the Joondalup Wolves.

Perth have announced that Mackenzie Clinch Hoycard will serve as the first of two Development Players for next season, with the second to be announced at some stage before the season kicks off on Wednesday.