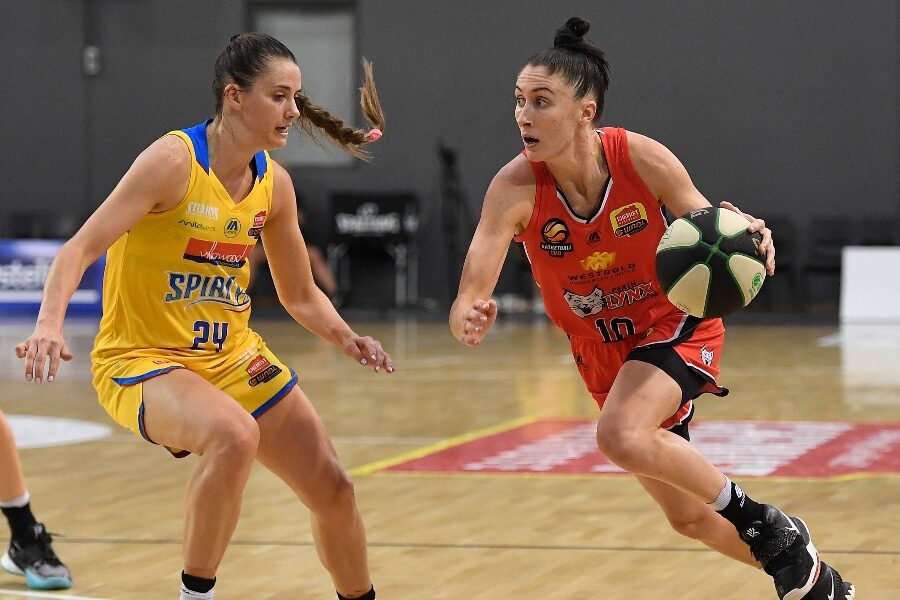 THE WNBL for the second straight season has found itself with a clear top four and clear last four in the standings and for the second straight season, Perth Lynx has found themselves in a low-lying position on the WNBL ladder, finishing seventh. Lynx struggled to get going throughout the season with an unappealing record of four wins and nine losses.

While the last-minute season cancellations of Sami Whitcomb and Maddie Allen caused a seismic shift amongst Ryan Petrik’s roster, a number of individuals needed to step up this season and while the results were less favourable than most, plenty of Perth’s players emerged out of WNBL20 better for it.

Thanks to a glacial start to the season in their opening game, going down to Townsville Fire 48-73, and just missing out by five points to the Adelaide Lightning to end the opening round, Perth had already found themselves on the back-foot to begin the season.

Perth’s start to the season became inherently worse, when they encountered a third consecutive loss this time at the hands of the Melbourne Boomers. Following some drastic moves, finally, the Lynx were able to get their name into the winner’s column during their second game of Round 2. While the meaning of the win was expected and rather minimal, it was a win nevertheless against the Bendigo Spirit and the Western Australian side now had something to work with heading in to the second half of the season.

Eight games into WNBL20, Perth found themselves in a rather unremarkable position with a record of one win and seven losses, practically conceding a bottom-four position by this stage. But the Lynx had other ideas entirely for Round 4 raising significant questions on whether they are perhaps better than their final ladder position would suggest.

Despite having just, a slightly better record than Bendigo, Perth convincingly worked over the Spirit for a second time and removed all doubt that they were at a similar level in terms of talent. However, it was their next two contests that the Lynx started to turn some heads.

Backed up by Katie Ebzery and Darcee Garbin’s impressive double-doubles on the night, Perth knocked off a red-hot Townsville Fire by nine points. Following this, the in-form squad managed to fend off the Adelaide Lightning by just a single basket, capping off back-to-back-to-back victories in their first winning streak of the season, re-establishing some honour in the club and their win-loss record.

The Lynx’s brief run of victories would end at three, following a narrow loss to the Sydney Uni Flames, which preceded a season-concluding loss in their final clash of the season against a dominant Boomers outfit.

While finishing seventh at the end of the season with a record of four wins from 13 outings seems quite disappointing, many will be left to ponder “what if?”, regarding the absences of Whitcomb and Allen.

Nevertheless, it was not all doom and gloom after the side’s final game, as Ebzery earned herself a coveted position in the ALL-WNBL First Team for a second season in a row (third of her career). Ebzery completed her stellar season with flying colours averaging 18 points, four rebounds and 3.8 assists, shooting a ridiculous 43.1 per cent from the field – a shoe-in for the Opals squad next year.

Another Opal to be reckoned with was Garbin, who led the team in minutes per game with 33.4. Adding to this, Garbin ranked second in points (16.5), total rebounds (94), blocks per game (0.9) and steals (1.2) throughout her side’s roster. Next to her in the frontcourt was a surprise standout in Alex Sharp, who led the side in rebounds with 7.9 boards per game and ranked fourth in scoring, averaging 8.9 points.

Coach Petrik might not look too fondly on the fact that he finished seventh in his first season as head coach, but the fact that the difference between seventh and fifth was only a single win, means the Lynx might not have too much improving to do. With a full roster next season and the right combination of rotations, we can look forward to Perth providing some quality outings in 2021.