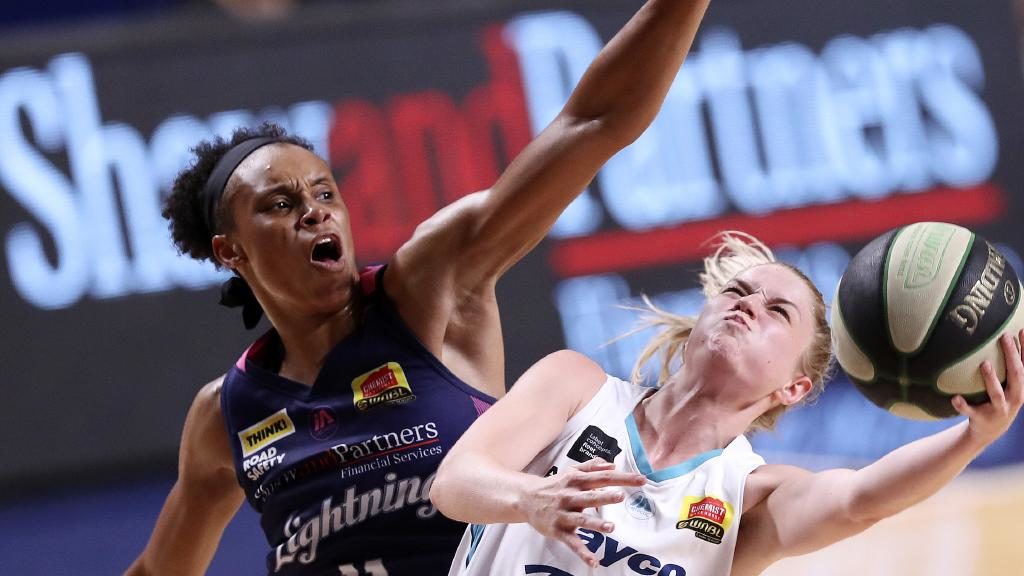 THE Southside Flyers are the first side through to the 2020 Women’s National Basketball League (WNBL) Grand Final with the winner from the battle between Melbourne Boomers and UC Capitals set to meet them.

IN their inaugural season, the Southside Flyers have made it through to their first WNBL grand final downing hosts Adelaide by yet another mere three points. It was a thrilling game of basketball with both teams leaving nothing to chance. Southside got the early ascendancy piling on 25 points to 17 in the second quarter before the Lightning struck back in the third to reduce the deficit but despite their best efforts they fell agonisingly short once again.  The Lightning threw everything they had at them knowing full well it was do-or-die but the Flyers were simply too good outclassing their opponents credit to their even contributions across the board with five players making it into double digits.

Southside showed an extra layer of class with its accuracy from beyond the arc sitting at 48 per cent as opposed to the Lightning who only managed 35 per cent. Although Adelaide secured more rebounds mainly thanks to Brianna Turner (45-42), the Flyers’ work defensively to pick pocket their opponents was a key difference recording 10 steals to seven. Statistically speaking it is hard to separate the sides with accuracy sitting at a similar percentage for both sides but it was the Flyers ability to stand up under pressure that eventually got them over the line.

The Southside Flyers had a point to prove- that they could knock off their rivals away from home and they proved that in style. It was a complete performance from the travelling team with Rebecca Cole taking the reins and dominating the points scoring stats with 19 to her name along with 10 rebounds to record another double-double for the season. Leilani Mitchell also proved hard to stop knocking back 18 points of her own and drawing even with teammate Aimie Clydesdale who also managed 18 points. Mitchell fell just short of a double-double racking up nine assists highlighting her impressive vision and strong attacking sense. Despite being down on her usual output Mercedes Russell still made her presence felt with 15 points, four rebounds and three assists, while Sara Blicavs played a strong support role with her 12 points to get her side over the line and into the big dance.

Lightning’s Brianna Turner starred in the clash with the American import doing all she could to keep side within reach of the Flyers. Turner shone from the get go recording a game-high 25 points and mind-boggling 18 rebounds, 15 of which were defensive. But it did not stop there with Turner also managing four blocks showcasing her impressive ability to switch between attack and defence with ease. The forward led the way for the Lightning with Stephanie Talbot failing to have much of an impact on the scoreboard with nine points but racked up nine rebounds and eight assists. Nicole Seekamp also struggled to get going in her sides loss while Lauren Nicholson and Kathryn Westbeld showed their scoring prowess with 16 and 18 points respectively. But unfortunately, the Lightning could not find their mojo in either attack or defence notching up their second straight loss to the ladder leaders and their ultimate dismissal from finals.