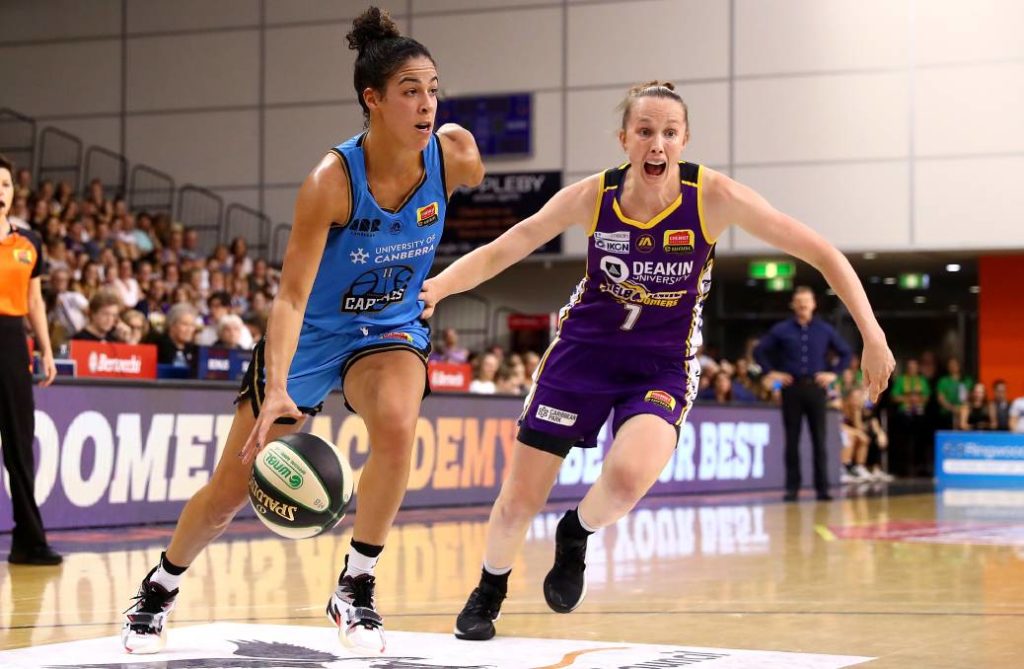 MELBOURNE Boomers have kept their dreams alive with a highly important win against the Capitals in the second semi-final. With one win apiece Melbourne and Canberra will face off in a decider with the victor going on to play in the grand final against the Southside Flyers.

In front of a home crowd the Melbourne Boomers well and truly struck back against the Capitals downing them by 12 points and keeping their grand final chances alive. The Boomers raced out of the blocks applying early scoreboard pressure with a 23 and 26-point showing in the first and second terms while keeping the Capitals to 18 and 16 respectively. While the traveling side had a stronger second half they failed to reduce the margin. It was a complete performance on behalf of the Boomers who came out with a point to prove from tip off and did not let up throughout forcing the Capitals to play catch-up.

Accuracy was one of the key differences between the two sides throughout the game, with Melbourne making the most of their chances sitting at 50 per cent from field goals as opposed to the Capitals who only managed 42 per cent. Although the Capitals were stronger from beyond the arc with 35 per cent conversion the Boomers reigned supreme in close with 61 per cent accuracy from two point range compared to their opponents with 44 per cent. Defensively the Boomers were also a lot stronger racking up an impressive eight blocks while the Capitals did not register one. In terms of rebounds, Melbourne won that area as well with 14 more than their opponents showing just how much of a one-sided affair the match was.

Melbourne’s big guns sensed the moment and rose to the occasion. While they did not get a lot of relief from their bench players the Boomers did not look overawed or run of their feet instead showed plenty of composure and class. Lindsay Allen led from the front with a stat stuffing performance with a game-high 25 points along with five rebounds and four assists. Teammate Ezi Magbegor starred in her sides victory with a whopping four blocks and nine rebounds seven of which were defensive highlighting her defensive mindset while also hitting the scoreboard with 17 points of her own. Guard Madeleine Garrick also shone with 17 points and eight rebounds while captain Cayla George plied her trade across the court knocking back 13 points, five assists, six rebounds and two steals.

For the Capitals, Olivia Epoupa was relatively well held compared to her lofty standards but still had an influence with 13 points and two steals. Keely Froling started on the bench but when on court managed to have an impact albeit limited with six points but a strong seven rebounds. The number 17 proved to be the magic number for Kia Nurse and Kelsey Griffin with both players recording 17 points apiece. Nurse added five rebounds, four assists and two steals to her impressive outing while Griffin gobbled up seven rebounds of her own. Marianna Tolo struggled to find her usual point-scoring form with 14 for the match and only two rebounds.