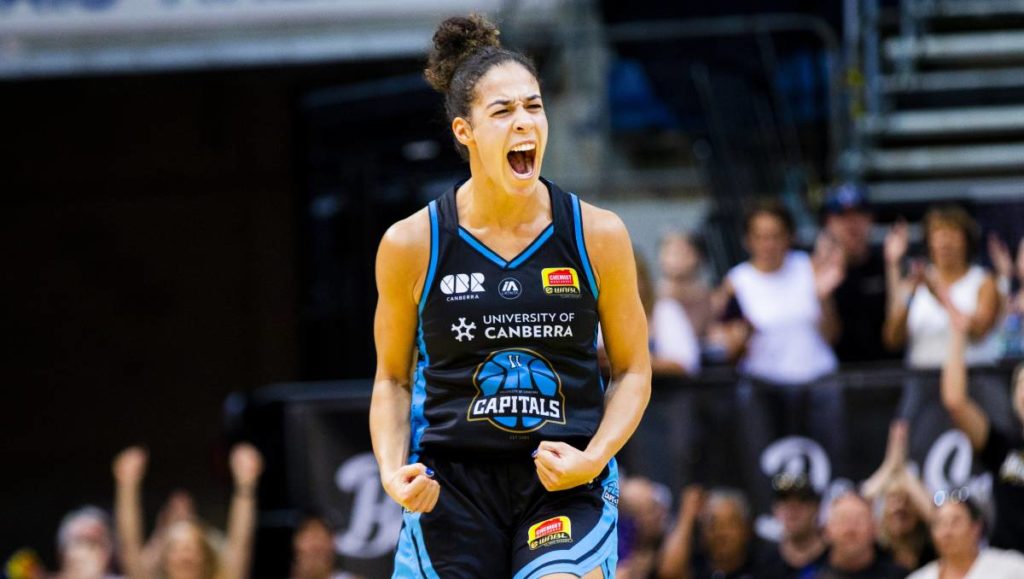 THE first semi-final of the Women’s National Basketball League (WNBL) saw the University of Canberra (UC) Capitals get the job done against the Melbourne Boomers in game one of the best-of-three series.

It was neck and neck for the first three quarters of the game, before the Capitals blew Melbourne out of the water in the final quarter. All scores were tied up at half-time with neither side willing to give an inch and going blow for blow setting up an intriguing battle. Unfortunately, it all fell apart for the Boomers in the final quarter with the Capitals piling on a massive 27 points to 15 in the final term, to run out comfortable winners in front of their home crowd. Melbourne simply had no answers for the Capitals who were slick across the court and backed themselves off the boards.

Kia Nurse led from the front once again for the Capitals starring with a game-high 25 points for her efforts. She was not alone though, with Olivia Epoupa plying her trade off the boards and hitting the scoreboard. The French import has not skipped a beat this season and proved why she is a force to be reckoned with recording a double-double thanks to her 19 points and 10 rebounds. Although Kelsey Griffin did not feature as highly in the points column, it was her rebounding work that separated her from the pack with a whopping 12 for the game. Keely Froling (11 points, six rebounds, two blocks) and Mariana Tolo (10 points, four rebounds) both hit the scoreboard for the Capitals doing their part to keep their chances of making it to the big dance alive.

Melbourne struggled to get its normal game play flowing with a host of its big time players well held throughout the match. Lindsay Allen led the way for the Boomers knocking down 17 points for the game. Allen was good with ball-in-hand, racking up five assists while also showcasing her defensive attributes with two steals. Guard, Madeline Garrick was the next closest with 16 points and five rebounds with Sophie Cunningham also chipping in to try and keep her side within striking distance. Dominant duo Ezi Magbegor and Cayla George failed to have their usual impact on the scoreboard with a collective 20 points but made their presence felt in the rebounds stats with four and eight respectively.

Both sides will meet again on Sunday, February 23, this time at the State Basketball Centre.