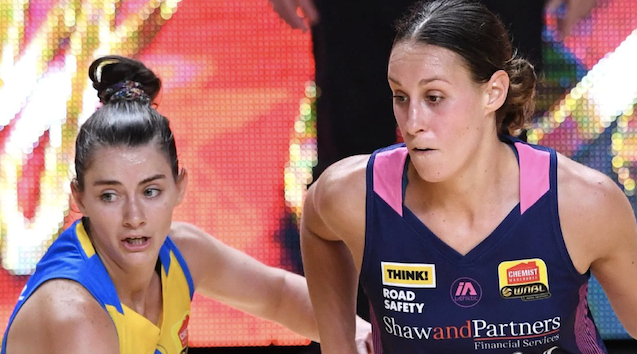 SOUTHSIDE Flyers have moved three and a half games clear on top of the Women’s National Basketball (WNBL) ladder after back-to-back victories over the weekend made it six consecutive wins for the home side. The other results also fell the Flyers’ way, with Melbourne Boomers going down to Perth Lynx, meaning Southside is four wins ahead of Melbourne, but the Boomers have a game in hand.

In a battle of two sides up opposite ends of the WNBL ladder, it was no surprise to see the ladder leaders and premiership favourites come out on top in a 19-point win at Dandenong Stadium. Southside led early on with a five-point advantage at quarter time that increased to nine by the main break. The Flyers really put the Fire on ice in the second half, piling on 21 points to 12 in the third term to effectively end the contest. The final quarter was a low-scoring affair with just 13 points scored, as Southside again won the term to eventually get home, 81-62. Jenna O’Hea was the top scorer for the winners, posting up 17 points, five assists and three rebounds, while Sara Blicavs (13 points, eight rebounds) and Mercedes Russell (12 points, eight rebounds) were also prominent from the starting whistle. Anneli Maley showed what she has to offer, coming off the bench to pick up a double-double with 10 points and 10 rebounds. For the Fire, Darcee Garbin was a lone hand on the scoring front, piling on 28 points and five rebounds, with Bridget Carleton‘s nine points the next highest. Julie Vanloo had a game-high eight assists, while Tess Madgen and Abby Bishop had six rebounds a piece in what were low scoring games for the duo.

There is no place like home, and Townsville lived up to the famous saying by saluting with a four-point win over fellow bottom four side, Sydney Uni Flames. The Fire overcame the disappointing loss to Southside on Friday night with a tight 61-57 victory over the Flames to knock Sydney Uni out of fifth spot, and move the Fire to within a win of the Flames’ in sixth. Townsville had its work cut out from the get-go, leading by just a point at the first break and two by half-time. Sydney Uni was not about to just lie down however, as the Flames drew level by the three quarter time whistle thanks to a 14-12 term. Townsville got back on top in the final term to win the quarter 19-15, and it was ultimately the difference between the two sides on the night. Unlike Friday night, the Fire had their quartet of stars firing with Garbin again leading the way thanks to 15 points, 12 rebounds and two assists, while Carleton also picked up a double-double with 13 points and 13 rebounds. Madgen (15 points, nine rebounds and three assists) and Bishop (11 points, eight rebounds, four assists and two steals) were more prominent in the match to help Townsville to a much needed win. For the Flames, it was a performance not too dissimilar to Townsville’s effort on Friday night, with Alex Wilson being a lone hand on the scoring front. She dropped 20 points, as well as five assists and three rebounds, with Alice Kunek and Lauren Scherf the next highest points scorers with nine apiece, though they also shared in five rebounds and a steal each. Jessica Kuster was also strong off the boards with seven points, eight rebounds and four steals.

Adelaide maintained its top four spot with a very impressive 16-point win over cellar dwellers, Bendigo Spirit. The Lightning were too strong for Bendigo in the opening term with a 28-15 quarter, then extended the lead to 17 by half-time. To the visiting side’s credit, the Spirit refused to be dampened despite the heavy deficit, forcing their way back into the contest with a 19-15 term to put it back to a more manageable 13 points. It would prove to be a bridge too far to cross, as the Lightning took no chances, striking with a 23-20 final term to secure the 91-75 victory. Brianna Turner was massive for the winners, posting up 23 points, 13 rebounds, two assist, three steals and five blocks in a memorable performance. She was well aided by the likes of Stephanie Talbot (17 points, 10 rebounds, nine assists, two steals a a block) who was equally as effective, narrowly missing out on a rare triple-double. Nicole Seekamp (13 points, three rebounds and five assists) and Lauren Nicholson (10 points, three assists) also reached double-figure points, as did Chelsea Brook (16 points, three rebounds) coming off the bench. For Bendigo, Carley Ernst had a big impact starting on the bench with a team-high 21 points, nine rebounds and two blocks, while Demi Skinner (17 points, eight rebounds) and Shyla Heal (16 points, four rebounds, four assists and three steals) were also prominent.

In a crucial game, Perth Lynx stepped up to the plate to knock off Melbourne Boomers by two points and retain fifth spot on the table. The Lynx needed the victory to keep in touch with fourth placed Adelaide Lightning, and also restore the faith with a big scalp in front of home fans. It was far from an easy night, with the Boomers turning a four-point quarter time deficit into a seven-point half-time lead following a huge 22-11 second quarter. Perth put the afterburners on in the third term to double the visitor’s score thanks to 18 points to nine, and move two points clear. That proved to be the final deficit as both sides traded blows in the final term, but it was the Lynx who came out on top in a 68-66 win. Katie-Rae Ebzery top-scored for the Lynx, posting up 16 points, four rebounds and three assists, while Alison Schwagmeyer came off the bench to be an influence on court with 15 points, six rebounds and four assists. Lauren Mansfield (15 points, four assists, two rebounds and two steals) and Nadeen Payne (10 points, five rebounds and two assists) both reached double-figure points, while Imani McGee-Stafford surprisingly did not score but put up nine rebounds in the win. Despite the loss, Cayla George was arguably best on court with 14 points, 10 rebounds and three assists, while Ezi Magbegor (15 points, seven rebounds and three steals) and Sophie Cunningham (16 points, four rebounds and three assists) were also strong on the night.

In the final game of the round, Southside overcame its only conqueror this season, recording an important five-point victory over reigning premiers, University of Canberra (UC) Capitals. The Flyers ensured they had a good start to get away to a three-point lead, but it was not long before the home side reeled them back in as the Capitals scored 18-14 in the second term to hit the front. They extended the lead to three points by the final break, before Southside found an extra wind and flew home with a 23-15 final term to run away with the 70-65 contest in what was an enthralling battle between two title contenders. Rebecca Cole was the most prominent scorer with 21 points, three rebounds, one assist and two steals, while Russell was again a standout thanks to her 17 points, 10 rebounds, two assists and two blocks. As she did in her side’s loss against the Capitals, former UC player Leilani Mitchell was busy with 15 points, seven rebounds and two assists in the win. For the Capitals, Marianna Tolo topped the scoreboard with 16 points, six rebounds and two assists, while Kia Nurse (13 points, five rebounds and two assists) and Olivia Epoupa (11 points, eight rebounds, seven assists and four steals) were ultra impressive. Star forward Kelsey Griffin was well restricted to just four points, but managed 12 defensive rebounds, two steals and a block in the loss.