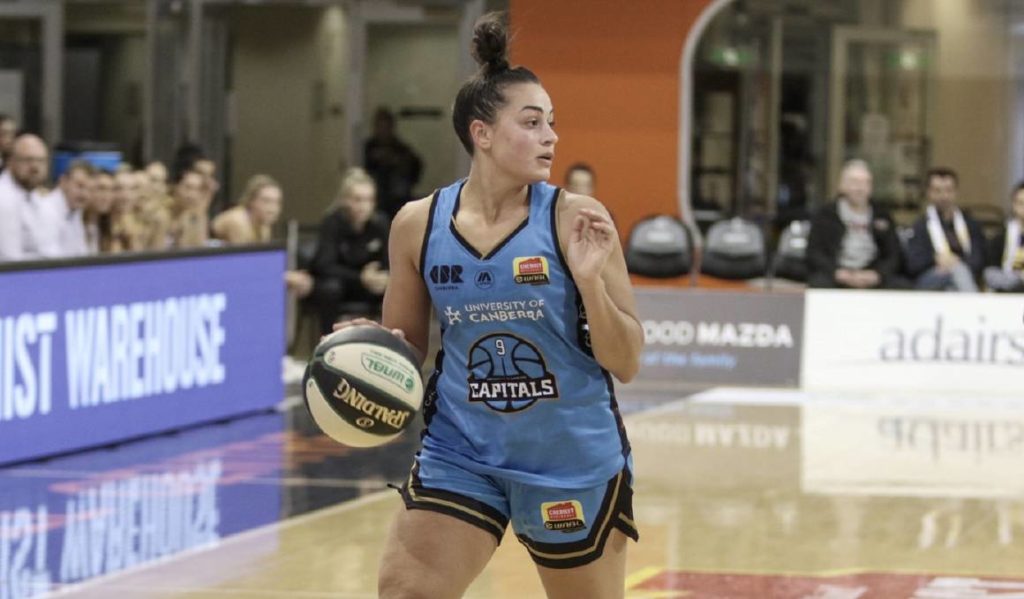 REIGNING premiers, University of Canberra (UC) Capitals made it a weekend away in Melbourne to remember, downing the Boomers on Saturday after also getting the better of the Flyers on Thursday night. They moved to second on the table, while other results on Saturday saw Adelaide Lightning smash Bendigo Spirit, and Perth Lynx win their first game since Round 1 to down the Flames for the second time this season and move to fifth on the Women’s National Basketball League (WNBL) ladder.

Despite a rocky start to the season and having not won since Round 1 – and only against the Flames – Perth’s victory over Sydney Uni moved the Lynx to fifth spot on the table, one of four sides with two or less victories this season and opening up a large gap between the finals-bound places and the rest. The Lynx made their intentions clear early, slamming home 31 points to 15 in the opening term on Saturday night, before extending the half-time lead to 20. They were not going to take the foot off the jugular after the break, adding 22 points to 15 in the third term to end the contest. The Flames managed to grab some important points back in the final term as the Lynx gave plenty of up-and-coming stars a run, but the game was over and they won 93-74. Katie-Rae Ebzery was simply superb for the Lynx, recording a game-high 28 points, four rebounds and two steals, while Lauren Mansfield was a great playmaker thanks to 13 points, seven assists, four rebounds and two steals. Alison Schwagmeyer – while down on her usual point-scoring output – had 10 points, nine rebounds and three steals, as Nadeen Payne and Marena Whittle also added 10 points each to the cause. For the Flames, Colleen Planeta stepped up in defeat to sink 23 points and eight rebounds, while Alice Kunek was the only other major scorer with 14 points, five assists and three rebounds. Lauren Scherf had just eight points but helped out around the court with seven rebounds and five assists.

Adelaide ensured it had some breathing space in the top four thanks to a big win over Bendigo Spirit at home. The Lightning added 28 points to 18 in the opening term, then extended the lead to 17 by the main break. They put together a four quarter performance in front of the home crowd at Titanium Security Arena, winning the last two quarters, 23-16 and 25-21 to run away 28-point winners, 105-77. Brianna Turner was the top scorer on the court with 22 points, eight rebounds and two assists, while Stephanie Talbot had 18 points, four rebounds, eight assists and two steals in a big performance. Chelsea Brook and Lauren Nicholson were busy throughout the game with 16 points apiece with Brook also recording six rebounds. Nicole Seekamp might have had just the 10 points on the board, but came close to a double double, setting up teammates for nine assists on the night. For the losers, Carley Ernst picked up a team-high 17 points and six rebounds, while Shyla Heal tried her hardest off the bench with 16 points and three assists. Kelly Wilson was the other Spirit player to reach double figures in the points column with 15, as well as two rebounds. It was a disappointing night for Bendigo who go into the week’s break having to regroup after the big loss, while Adelaide will head in knowing it is close to the top three sides.

In the final game of the round, UC Capitals took back second spot with a huge 79-76 victory over Melbourne Boomers, completing a season-defining weekend away in Melbourne. Having knocked off the previously undefeated Southside Flyers on Thursday night, the Capitals handed the same fate to the Boomers, starting strongly to open a 10-point lead by quarter time. Melbourne went one better in the second quarter to turn it around and lead by a point themselves courtesy of a 26-15 second term, before extending that to four by three quarter time. The reigning premiers refused to lie down however, forcing their way back into the contest to deliver a 29-22 final term to record a narrow 79-76 victory. Kia Nurse was again the top points scorer with 22, as well as three rebounds and three assists, as Kelsey Griffin did as she pleased with nine rebounds, three assists and five steals to accompany her 18 points in a best on court performance. Marianna Tolo started this week and had 18 points, five rebounds and two blocks, while Olivia Epoupa finished with a productive five rebounds, eight assists and four steals to go with five points. For the Boomers, Lindsay Allen (18 points, six assists) and Sophie Cunningham (18 points, three rebounds and two steals) tried hard throughout the contest, while Cayla George had 10 points, eight rebounds and four assists in defeat.