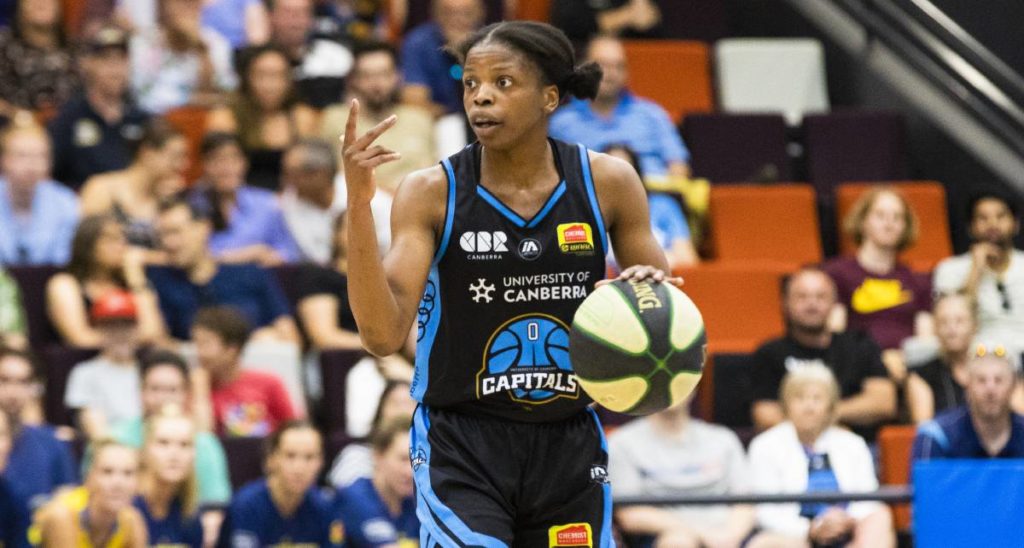 THE top three sides have been decided in the Women’s National Basketball League (WNBL) after the top of the table Southside Flyers defeated Adelaide Lightning in a big round of action for the finals-bound teams.

Perth Lynx locked in fifth spot on the ladder for all the unlucky spot is worth, downing Bendigo Spirit on the road by 23 points The Lynx have missed out on finals this year, but are determined to finish the 2019/20 season off strong, posting a big win over the Spirit, which could have been even larger had it not been for a fourth quarter comeback. The visitors led by four points at quarter time and all but ended the game with a second quarter blitz, piling on 31 points to 13 to race out to a 22-point lead at the main break. They kept up the intensity to again run away with it in the third and build on the lead to push it out to 33 points. With the game over at the last change, Bendigo managed to gain back some of the deficit with a 19-9 last term, but it was far too little, too late and lost, 66-89. Katie-Rae Ebzery scored a game-high 28 points, six rebounds, two assists, three steals and three blocks in a standout performance, while Ariel Atkins (16 points, 10 rebounds and four assists) picked up a double double. Nadeen Payne (13 points, nine rebounds and two steals) came close to a double-double, while Marena Whittle (18 points, six rebounds) was impressive coming off the bench. For the Spirit, Shyla Heal top-scored with 17 points, eight rebounds and two steals, with Gabrielle Richards (16 points, seven rebounds) the other key player for the losing side. Abigail Wehrung (14 points) and Tessa Lavey (12 points, five assists) both reached double figures, but there were not enough contributors across the board.

Melbourne Boomers picked up the win they had to have, with an 11-point victory over bottom two side, Townsville Fire. The Boomers were up by a point at quarter time, but found themselves facing a two-point deficit at the main break, and four-point deficit by the last change. The home crowd was up and about with the possibility its team could cause an upset and help knock the Boomers out of the top two, but instead Melbourne put the foot down in the last quarter, piling on 28 points to 13 to run away with the contest, 79-68. Ezi Magbegor scored a team-high 21 points, five rebounds, two assists and three blocks in the win, well aided by fellow big, Cayla George who sank 19 points, as well as six rebounds, four assists and two steals. Sophie Cunningham was the other Boomer to reach double-figure points with 15, also recording six rebounds and four assists on the night. Madeleine Garrick only had the three points, but made her time count with seven rebounds, three assists and three steals. For the Fire, Bridget Carleton helped herself to 16 points, six rebounds, five assists and four steals in a dominant performance. Darcee Garbin had 13 points, seven rebounds and three assists, while Micaela Cocks (12 points, two rebounds and two assists) and Tess Madgen (10 points, five rebounds) also reached double-figure points.

While the Southside Flyers position was hardly under threat at the top of the table, they gained a handy mental edge over Adelaide Lightning with a 12-point win at Dandenong Stadium on Saturday. The Flyers will take on the Lightning in the first week of the WNBL Finals and will play two games at home, meaning the Lightning will need to win at least one there if they are to upset a Victorian team for the second consecutive season (after doing it to Melbourne Boomers last season). On the weekend, the Flyers burst out of the blocks to race to a 15-point lead at quarter time, and 17-point lead by the main break. To the Lightning’s credit, they did not give up, fighting back to narrow the gap marginally to 15 again, before cutting into it by three to eventually bow out with a 12-point defeat, 69-81. Rebecca Cole led from the front for the Flyers, posting up 28 points, two rebounds and five assists, while Leilani Mitchell had 21 points, five rebounds, four assists and two steals in an impressive performance. Sara Blicavs‘ ripping form of late continued with 13 points, nine rebounds, two assists and two steals, while Mercedes Russell had lower numbers than previous matches, but still managed a handy 15 points, five rebounds and two assists in the win. Brianna Turner was the top scorer for the Lightning, reaching 20 points, eight rebounds, two assists and four blocks as she tried to drag her team over the line. Stephanie Talbot picked up a double double with 16 points 10 rebounds, six assists and three steals in an unbelievable playmaking effort, while Nicole Seekamp (16 points, five assists, two rebounds and two steals) was also impressive in defeat.

The University of Canberra (UC) Capitals’ recent form continued on Sunday with a comfortable 16-point win over Sydney Uni Flames at the National Convention Centre. The win meant the Capitals are ready to pounce if Melbourne Boomers slip up in the final round, though the WNBL Finals clash between the pair is locked in. On the weekend, the Flames got the early jump on their highly fancied rivals, leading by three points at the first break, before the Capitals took control with a 21-12 second term to move six points clear at the half. The Capitals continued that form with a 19-13 third term to extend the lead out to 12 by the final break, and finished off with a 23-19 final quarter to run out 82-66 winners. Kia Nurse put up 25 points, five rebounds, three assists and three steals on the day, while Kelsey Griffin continued her recovery from injury coming off the bench to reach 20 points, seven rebounds, two assists and two steals. Maddison Rocci again was prolific with 15 points at 62.5 per cent from the field, as well as four rebounds and a massive five steals. Marianna Tolo (11 points, seven rebounds, four assists and two blocks) and Olivia Epoupa (four points, four rebounds, eight assists and four steals) also contributed in the win. Brittany Smart (21 points, three rebounds and two blocks) and Jessica Kuster (17 points, six rebounds, eight assists and five steals) were the two key scorers for the Flames, while Lauren Scherf helped off the boards with seven points, eight rebounds, three assists and two blocks in the loss.