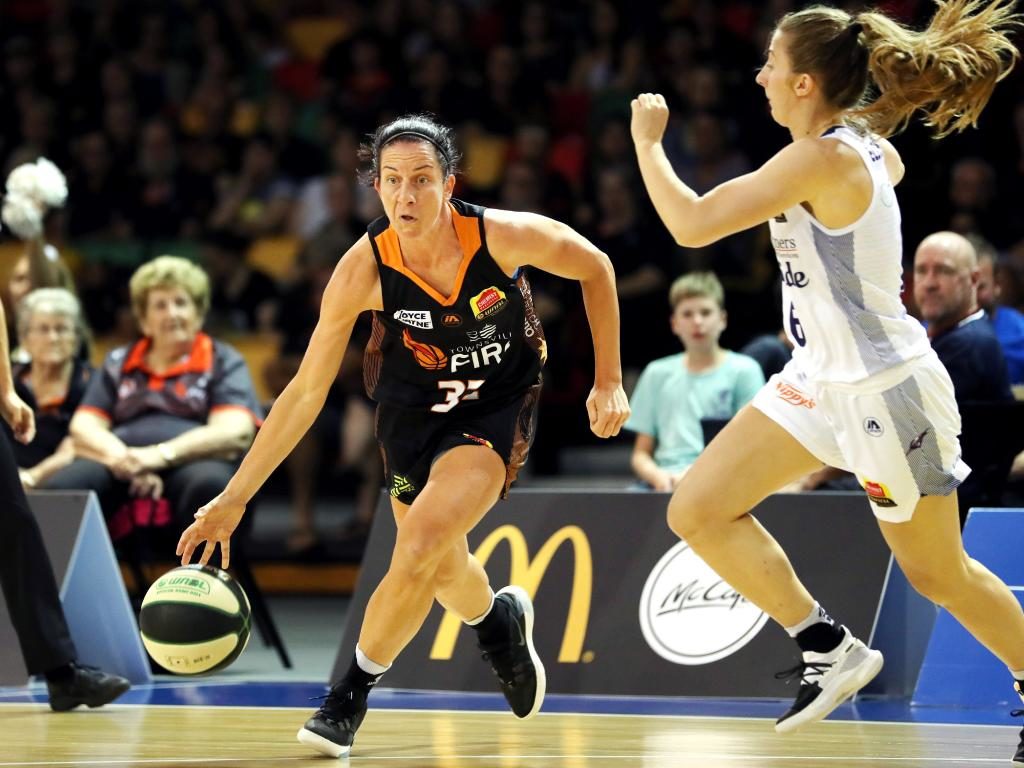 WITH Round 12 of the Women’s National Basketball League (WNBL) done and dusted, the Southside Flyers remain at the top of the table despite suffering a loss while the Melbourne Boomers remain a constant threat sitting in second. The Spirit mustered up their second consecutive win while Adelaide continued their purple patch.

Bendigo kicked off the round in style with a surprise four-point victory over the higher ranked UC Capitals. The Spirit have struggled throughout the 2019/20 season but pulled out all the stops in their game against the Capitals to prove they have what it takes to match it with the best. Despite contributions across the board from the Capitals it was their inaccuracy that killed them with the Spirit sitting at 45.8 per cent from the field compared to 38.1 per cent with accuracy from the three point line also reflecting a similar situation. Marianna Tolo recorded a game high 26 points highlighting her explosiveness while also showing her strength off the boards with 17 rebounds to start 2020 with a double-double. The next closest was opponent Shyla Heal who led the way for Bendigo finding the net with ease and opening up space to drive to the basket with 24 points and eight rebounds. For the Capitals, Keely Froling threw her weight around especially when it came to scoreboard pressure, posting 22 points to go with her 11 rebounds, while teammate Kia Nurse also notched up 17 points. Despite big efforts from three of their top performers the Capitals could not get over the line with Heal and Carley Ernst (19 points) combining effortlessly across the court in what was only their fourth win.

The Lightning came into the new year with a point to prove and made their plans pretty clear from the get go, bursting out of the blocks with a 33 to 16 point first term. Adelaide built from there, gaining momentum and not looking back and although they lost the last quarter, the damage was already done. Adelaide had no trouble hitting the scoreboard, able to shoot from range or under the post to steadily increase their margin while Townsville struggled to muster up any type of scoring rhythm. It was easy pickings for the Lightning sitting at an impressive 57.9 per cent from three point range compared to the Fire who only managed a mere 20 per cent. Another major difference between the two sides was the contributions off the bench with Adelaide recording 27 points while Townsville posted seven. But the efforts of Darcee Garbin did not go unnoticed for the Fire, leading the way with 21 points and seven rebounds, Abby Bishop also contributed to the Fire’s total with 15 points along with four assists. But it was not enough to stop the rampaging Lightning with all 10 of their players posting a score with import Brianna Turner nailing 17 points and seven rebounds. Stephanie Talbot showcased her class across all areas of the court with 12 points, seven rebounds and six assists while Lauren Nicholson sunk 13 points of her own.

The Southside Flyers continued their hot form disposing of the Perth Lynx by 15 points in a win away from home. It was relatively even across the board with both sides boasting similar game styles however it was the Flyers’ ability to race down the court and convert that was a major turning point in the game. Southside scored nine points from fast breaks while Perth managed four. A big last quarter from the Flyers all but handed them the win scoring 22 points and keeping their opponents to just 14. Rebecca Cole took the game by storm with a whopping 30 points for the Flyers. Teammate Mercedes Russell recorded a double-double with 15 points and 11 rebounds while Leilani Mitchell and Jenna O’Hea posted 18 and 13 points respectively in their win over the Lynx. Perth were not without their chances leading in offensive rebounds and bench points but faded out when the game was on the line. Kate Ebzery did her best to stay in touch, sinking 20 points and showing her durability having played the most game time. When it came to rebounds, Lynx was all over it with four of the top five all donning the red and black. Imani McGee-Stafford was quiet by her points scoring standards but managed nine rebounds with Marena Whittle the next in line with seven. For Lauren Mansfield, six proved to be the magical number – notching up six points, six rebounds and six assists.

In both sides’ second game of the round it was the Adelaide Lightning that came out victorious against a potentially fatigued Flyers who played two days before. It was a hot start to the contest with only one point separating them at quarter time before the Lightning put the foot down in the second term to pile on an impressive 35 points and force the Flyers into chase position. The Flyers simply could not recover despite big efforts from the likes of Russell who replicated her hot form with 28 points and 10 rebounds to notch up yet another double-double. Sara Blicavs also put in a solid performance for the Flyers mustering up 18 points and seven rebounds meanwhile Cole also made her presence felt on the court with 18 points, four assists and three rebounds in her sides defeat. The Lightning made it two from two in Round 12 once again led by Turner with 25 points and nine rebounds. But Turner was closely followed by Nicholson who contributed an impressive 24 points, four assists and five rebounds. Kathryn Westbeld was not to be forgotten about, converting 22 points while Nicole Seekamp put on some kind of performance with a whopping 20 assists to help guide her side to victory.

In the final game of the round, the Melbourne Boomers showed why they sit second on the ladder with a strong performance against the struggling Sydney Uni Flames. The Boomers outscored their opponents in every quarter, quickly dashing any chances they had of getting back into the match. Melbourne’s defensive pressure was impressive racking up nine steals and limiting the Flames to just two while their rebounding ability was just as strong taking 15 more (53-38) highlighting their skill above the rim and off the backboard. Lauren Scherf was the go to girl for the Flames knocking back 20 points and nine rebounds while the efforts of teammate Alice Kunek was also key racking up 13 points and seven rebounds. But the Boomers were just too strong with a host of players able to stand up and deliver time and time again. Madeleine Garrick top-scored for the home side with 19 points, with Cayla George hot on her heels with 18 points and 10 rebounds to record her first double-double of the new year. Lindsay Allen also popped up with a handy 15 points to keep the scoreboard ticking over meanwhile Ezi Magbegor plied her trade off the boards with 10 rebounds highlighting the strong team effort displayed by the Boomers.

The clash between the UC Capitals and Perth Lynx was set to take place at the AIS but was cancelled due to poor air quality as a result of the bushfires in surrounding areas. A decision will be made in the coming days announcing a possible rescheduled match between the two sides.