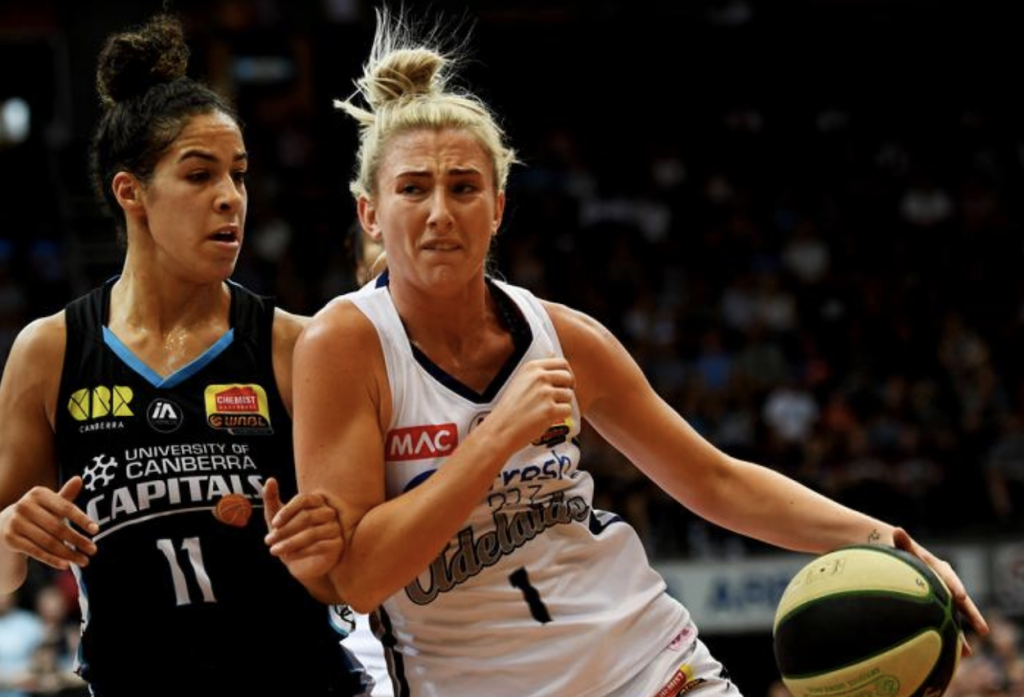 BACK in October last year, Lauren Nicholson said in an interview with the WNBL, “A massive thing for me is having an impact straight away, being more aggressive out on the court,” Nicholson said. “That’s something I want to bring from start to finish when I’m on the floor.”

Nicholson now has the chance to bring that mindset to North-Queensland when she suits up for the Townsville Fire after three successful seasons with the Adelaide Lightning. The WNBL’s 2018/19 Defensive Player of the Year was the first to receive the award in an Adelaide uniform in the franchise’s history and was nominated to her first Opals squad in the same year, representing Australia at the 2019 FIBA Asia Cup.

In her most recent season with the Lightning, she helped the team to a solid record of 12 wins and nine losses and a top-four position to boot, getting the Lightning to the postseason as a result.

Despite an early semi-final exit at the hands of the Southside Flyers, Nicholson in particular should be extremely proud of the efforts she made during the WNBL20 campaign. The 27-year-old competed in all 21 games throughout last season, averaging 14.2 points, 3.4 rebounds and 2.2 assists. She also swiped an average of 1.4 steals per game to round out an effective season within Adelaide’s backcourt.

“I think Lauren is probably one of the most talented players in the competition full-stop,” stated Townsville head coach Shannon Seebohm. “She’s obviously a great defender, everybody knows that. But I think offensively she’s a great shooter, and I think she’s going be able to show in our system this year that she can do more than just shoot. She’s gonna be able to put the ball on the floor and create for her teammates,” he said in an interview with Draft Central.

While Seebohm is keen to increase Nicholson’s usage rate on the floor next season, he notes he is also grateful for the level of expertise that his new signing will bestow upon some the younger players.

“She’s been a part of WNBL championship-winning sides before, she’s obviously been playing in Adelaide and being in the playoffs the last couple of years,” Seebohm said. “I just think that [her] experience and knowing what it takes to win games and knowing what it takes to play finals basketball, rubs off on all of our other players as well. And I know we have a group that’s hungry to prove themselves this year.”

Another factor in Nicholson’s decision to head up to Queensland is the local fan base. After Townsville announced the news to the public, she praised the Fire’s fans and their commitment to their club. “I am so excited about the move to Townsville and joining the Fire next season, every time I come to Townsville, I love the community feeling, the crowd and its supporters are certainly the loudest and most passionate in the league. I can’t wait to get the feeling of playing at the stadium, with them supporting me, wearing the Fire colours, it will be awesome to be a part of,” Nicholson said.

Nicholson will suit up alongside fellow signing and youngster Shyla Heal, within Townsville’s starting five. With the backcourt duo looking to give the competition’s guards a run for their money.