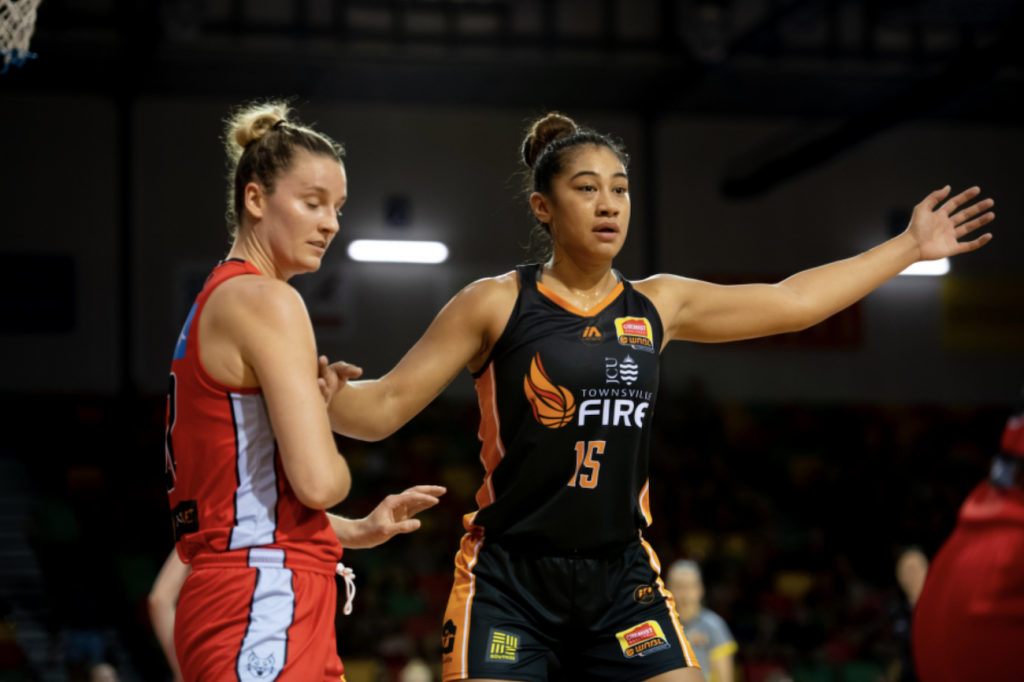 IN terms of the biggest and most anticipated returns to the Women’s National Basketball League (WNBL) next season, the re-arrival of 21-year-old Zitina Aokuso is up there across the league, with the 193cm-tall center set to take the league by storm after recovering from an anterior cruciate ligament (ACL) related injury.

Townsville Fire head coach Shannon Seebohm seemed enthusiastic when asked about the avenues that Aokuso could start to open up for his offence, a tactic he has not yet employed fully to this stage. “It really hurt us last season not having Zitina,” Seebohm said. “She gives you a little bit more of that athletic punch, and when she’s fit and healthy, she’s great at running the floor.”

“We’re going to benefit greatly from having her back this year and she’s been working extremely hard to rehab her knee and get back fit and healthy on the floor,” the Townsville coach added. “Last year I think we struggled at times defensively not having that bigger and more physical presence around the rim and the post, as well as help-side defence and being able to challenge shots at the rim,” listed Seebohm.

For Aokuso personally, missing out on last season was one of the hardest things she has ever endured, but learned the true meaning of what a teammate was and how she could motivate her peers without being on the court.

“Being on the sideline last season was one of the toughest things I’ve ever had to do,” Aokuso said. “The main takeaways from an off-court perspective is that I’ll never take the opportunity to the thing I love and being able to be active for granted. Knowing I couldn’t be on the court, I managed to find ways I could still stay involved,” she explained.

Simple things like dancing on the sideline, giving advice where she thought it could help or just being a positive energy on the bench were all examples of being a good teammate for the young gun. Additionally, it is Aokuso’s work outside of the stadium that also places her within a well-respected part of the Townsville community, helping create exercise videos for schools and participating in school visits alongside her teammates, which the Fire prides themselves on as a franchise.

“For our club, it’s basically the reason we exist,” Seebohm said. “That’s our mission and that’s why we’re here, to be out in our community. We’re a community-based club, so we rely on sponsorship and we rely on people coming to watch games.”

“So I think it’s great for Zitina. She’s done such a good job in our community program this offseason, but it’s just a great thing that young females in North-Queensland can see such positive female role models and be able to see what is possible,” he finalised.

For Zitina’s Young Guns in the WNBL Feature – Click HERE