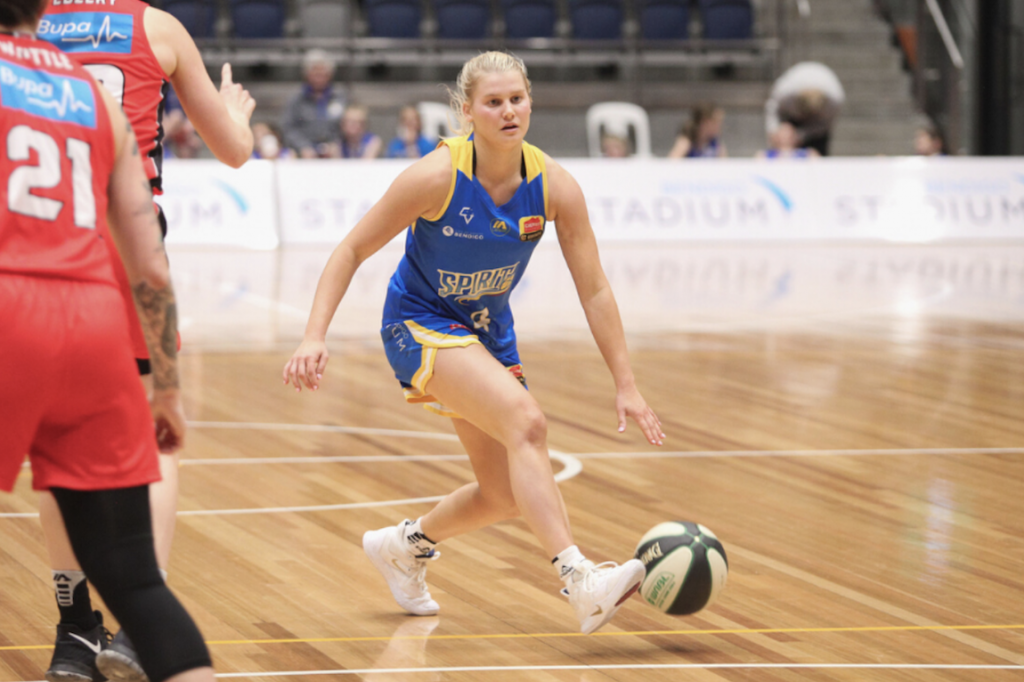 FOR Townsville Fire head coach Shannon Seebohm, the challenge of acquiring new faces for next season’s squad would need to start somewhere, and that somewhere was country Victoria.

Rising through the ranks of Tracy York’s side down in Bendigo, Shyla Heal was the immediate selection for Seebohm to initiate his team’s formation, and it was more than just her natural ability on the court that peaked the gaffer’s interest.

“The first thing that stands out with Shyla is actually off the court and how badly she wants to be a pro, how badly she wants to have success at the highest level and her unbelievable work ethic,” Seebohm said. “She has a ton of potential at the point guard position in the WNBL, but also potentially the WNBA and hopefully playing for the Opals for quite a long time.”

Regarding the process in acquiring Heal, Seebohm sees a perfect fit in how Heal would slide perfectly into his side’s offensive tactics.

“In terms of on the court and what we looked at with recruiting her, I want to put my point guards into a lot of ball-screen situations and I think Shyla’s skillset being able to create her own shot in a variety of different ways and then create for her teammates is something that stood out to me,” Seebohm said.

“I really hope that we are gonna be able to continue to unlock her potential in the WNBL and she’s gonna have a really big season this year.”

For Heal, after a quiet season in Perth for the 2018/19 season, she came to the forefront of the Spirit’s offence in the latter half of the WNBL20 campaign. She would also end the 21st game of the competition averaging highly respectable numbers, maintaining 12.1 points per contest, as well as over four rebounds and 1.6 assists each time out on the hardwood. She also strung together consistent performances from the field, converting on many of her attempts, averaging a stellar 43.8 per cent clip as a whole, 37.8 per cent from three-point range and 84.9 per cent from the free-throw line.

For Heal though, she has been working extremely hard to prepare her body for a season that will be a step-up in terms of intensity and participation. In an interview with Draft Central back in late-May, Heal outlined what she was primarily focusing on during the offseason.

“At the start of corona, I said I’m going to focus on building heaps of muscle and getting stronger through stair running, weights in my garage and all that stuff,” said Heal.

With Heal training with Australian basketball legend and father Shane, the structure and regimen of their training sessions recently shifted primarily to Shyla’s cardio at the local sports fields. But now that players can start to train on basketball courts in NSW, the Heal duo has been hitting the court a lot more lately, as preseason preparations start to ramp up.