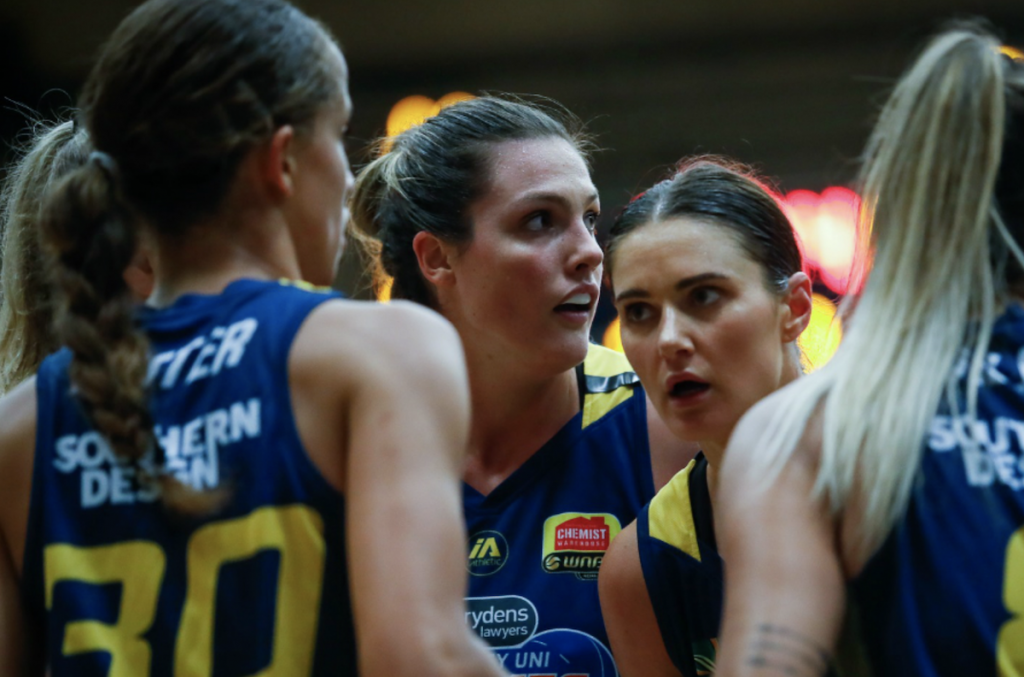 AFTER eight weeks of in-depth analysis on the five core players for each WNBL side in preparation for the new season, we conclude Draft Central‘s Spotlight series focusing on the Sydney Uni Flames center, Lauren Scherf, as she gears up for what will be her eighth season in the League at just 24 years of age.

Hailing from Melbourne, Scherf quickly established herself as a player to watch throughout her debut season in the 2014/15 WNBL campaign. Her first season in terms of tangible efforts went relatively well, helping her side to a record of 12 wins and 10 losses, and therefore a postseason slot. As a result, Scherf was awarded the League’s Rookie of the Year award.

Scherf served two more seasons with the Rangers, helping the team reach the finals in both years, before singing with a reanimated Canberra Capitals franchise.

While Scherf’s first season under the Capitals’ head coach Paul Goriss was not as successful compared to previous seasons, falling five games out of the top four, the following season would be one that would go down in the history books not just for the club, but also Scherf too.

Exploding out of the nation’s Capital, Canberra would earn themselves their first minor premiership since the 2008/09 season. This followed up by the Capitals’ 2-1 series win against the Adelaide Lightning in 2019 breaking a decade-long drought of championship success for the Capitals and Scherf received her first and only title ring to this day.

Despite earning the franchise’s eighth championship (the most ever for a WNBL club), Scherf moved on to the third club of her career and also the Capitals’ cross-state rivals in the Sydney Uni Flames. The chance to play under head coach Katrina Hibbert provided Scherf the chance to really establish herself as a prominent frontcourt presence and this was an exciting premise for Scherf in 2019.

“I just really liked what Frog had to offer. I loved playing under Gorrie [Paul Goriss], he coached me really well and I enjoyed what he had for me,” Scherf said in an interview with the Canberra Times.

“I’m really looking forward to her coaching, trainings have been great and I’m working really hard. The calibre of girls Sydney have brought in, there’s a lot of talent there. It really helps, getting a lot of insight from everyone,” Scherf added.

As expected, Scherf dominated on the boards in her WNBL20 campaign, averaging eight rebounds per contest. She also managed to put up 8.3 points each time out alongside a block per game and maintaining 73 per cent from the free throw line – amongst the highest across all centers.

Scherf will look to another season of exemplary rebounding and neutralising opposition bigs in the upcoming season. Her first challenge of the fixture will arrive on Thursday, November 12 against the Melbourne Boomers, most likely matching up on Australian Opals Cayla George or Ezi Magbegor.