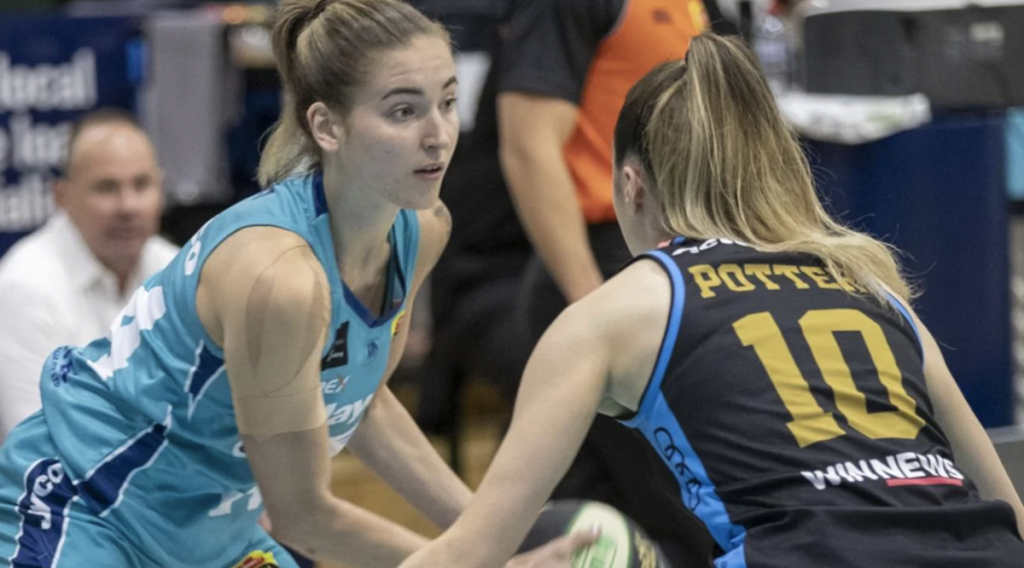 IN compiling their new-look WNBL21 squad, the Sydney Uni Flames have looked at bringing some more energy and flair to the side with the signing of former Southside Flyers forward Anneli Maley, who is looking to make a visible splash in the WNBL pond this season.

Announced as a part of a dual-signing with the Flames in late-June with Lauren Mansfield, Sydney made it clear that they were looking for someone to share some of the missing productivity with All-Star Five Second Team nominee Alice Kunek set to miss out on the season as a result of playing European basketball in Poland.

A short statement by Maley during the club’s announcement indicated a fresh chapter in a different city for the 22-year-old, as the Flames look to push for more regular season success compared to last season.

“I’m super excited to be a part of the Flames family, and I can’t wait to play a role in the versatile and the hardworking group that Katrina and the Club are putting together,” Maley said .

Following a two-year stint at both the University of Oregon and Texas Christian University, Maley returned home to a star-studded Flyers group that would ultimately make the Grand Final series. The 185cm-tall prospect played under the likes of Leilani Mitchell, Bec Cole and Australian Opals captain Jenna O’Hea. With this, came the chance to really expand her basketball IQ and we will get to see first-hand how much the young gun has developed since her time at Southside in mid-November.

Averaging 2.3 points, 3.7 rebounds and half an assist per game last season, the move to Sydney should see Maley receive extended minutes in her third year of WNBL action. Maley had a couple of impressive double-digit outings last season, one ironically occurring against the Flames, putting 11 points on the board along with six rebounds in the last game of the regular season.

In her most recent campaign in the NBL1 at the Diamond Valley Eagles, Maley received league-wide recognition for her efforts. Averaging 20 points and a competition-high 15 boards per game, she received the Youth Player of the Year award as well as an MVP nomination, proving herself to be a legitimate ballplayer in the process.

Coach of the Flames, Katrina Hibbert, had positive things to say about her new signing – most notably her versatility, as Maley noted in her statement. “She’s known for her athleticism, energy, effort, and rebounding abilities – just to name a few,” Hibbert listed.

“I’m looking forward to welcoming her into our program this season as she is a natural leader through her approach to basketball on and off the court. It’s going to be wonderful to see her continue her development and continue to blossom under a style of play that will compliment her versatility.”

Today the WNBL released the season fixture for this year’s competition. For more info regarding when each team is set to play – Click HERE

The Flames open their season up against the Melbourne Boomers on Thursday, November 12.