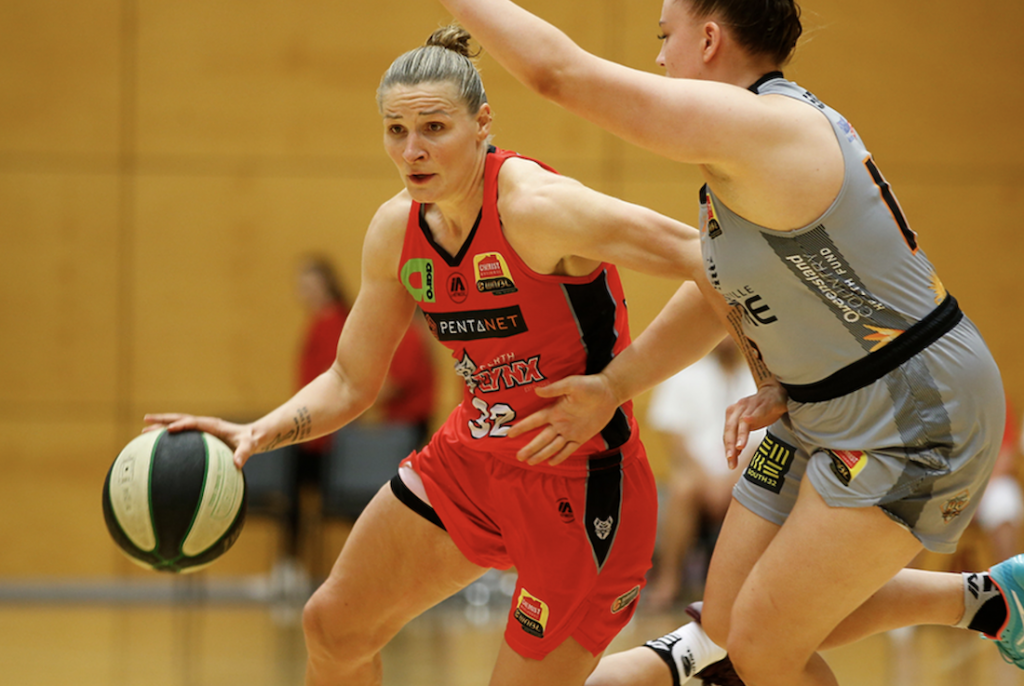 IT seems that the Perth Lynx had something about their players that the Sydney Uni Flames really liked, as the Flames’ administration poached yet another one of their core individuals after Lauren Mansfield, this time in the form of Alison Schwagmeyer.

Earning the prestigious title of WNBL Sixth Woman of the Year in 2019/20, Schwagmeyer had herself a monster campaign last season. Not only did the 30-year-old average 15.3 points, but she also hustled her way to a consistent 5.6 rebounds paired with two assists per game in WNBL20, therefore proving to be a cornerstone piece in the Lynx rotation.

Growing up in Illinois, Schwagmeyer grew up in a state that breathes the sport of basketball. Finding her love for the sport at a young age, she made the leap to the college scene by attending Charleston Southern University in her freshman and sophomore years. Averaging 7.7 points and 7.2 rebounds over her two seasons, Schwagmeyer made her return back to Illinois where she completed her NCAA career before turning pro transferring to Quincy University.

After a couple of seasons in Germany, Schwagmeyer joined the Kalamunda Eastern Suns of Western Australia’s State Basketball League, which is where the root of her Australian basketball career began. Averaging 19.1 points, 7.5 rebounds and four assists she earned All-Star Five Honours and started her long-enduring career within the Australian basketball scene.

Since 2017, Schwagmeyer has been faithful to the Lynx organisation, but after a couple of conversations with Flames head coach Katrina Hibbert, the now-permanent resident of Australia felt that Sydney would be a great place to start a new chapter in what has been a success-filled career to this point according to the club’s announcement.

“I’m really excited to be joining the Flames. After a couple of talks with Katrina I felt comfortable that this was the right move for me,” Schwagmeyer said.

“I think it’s a great opportunity with the Kings and the Flames working together now under the same ownership group. It will be nice to get a fresh start, and what better city to do it in than Sydney.”

“I’m looking forward to integrating my leadership and experience, with my competitiveness and work ethic, to help create a good culture with Frog and the Flames this season,” Schwagmeyer said.

Coach Hibbert reveres Schwagmeyer as a leading figure throughout the entire league, and with the squad she has formed for the upcoming season, her experience will only help gel the team as they hope to push for a postseason berth.

“She has worked hard to become one of the most respected guards in the league so I’m very excited to welcome her to the Flames, and I know she will be an instant leader for our team,” Hibbert said.

“What stands out about Alison is her mental and physical toughness, and her willingness to compete is some of the best in the league. Pair that with the players we have already signed, and we are starting to build a group of players with a never-give-up attitude which is the style of play and culture we want as a team,” Hibbert summarised.

We look at the Flames’ forwards in the coming days as we round out the final week of the WNBL Player Spotlights.