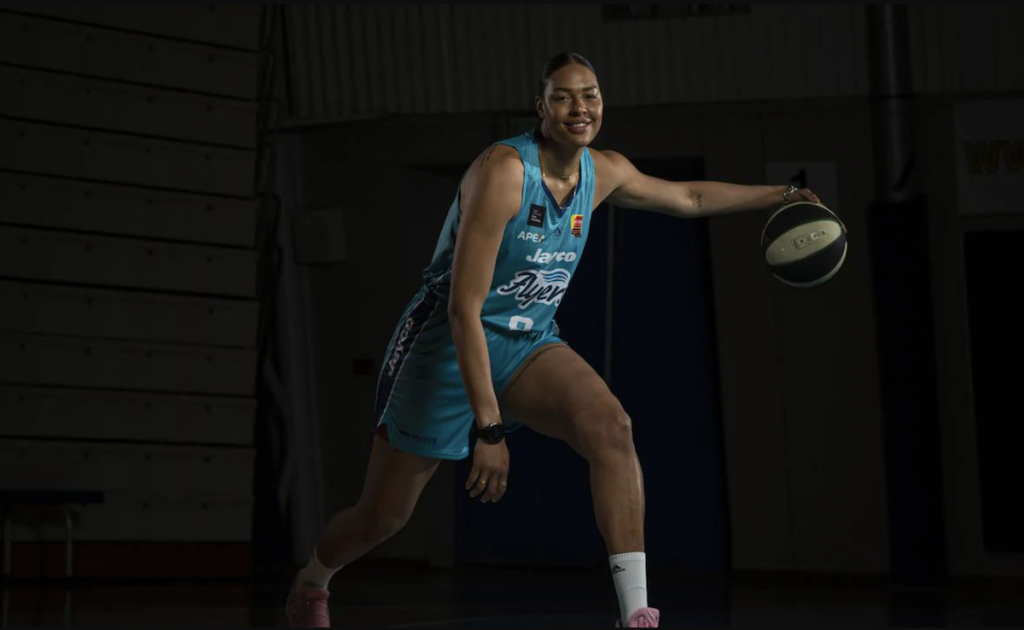 TO cap off this week’s Player Spotlight series of the Southside Flyers, we focus on perhaps one of the biggest signings in recent WNBL history. The acquisition of Liz Cambage on August 18 echoed throughout not only the League, but also the country, as the nation welcomed back one of its prized athletes after Cambage spent two seasons away from the Australian basketball scene.

Boasting an exemplary resume on all levels of basketball whether it be domestically or internationally the 29-year-old has logged quite the catalogue. A WNBL champion with the Bulleen Boomers back in the 2010/11 campaign, the League MVP that same season and a three-time nominee to the WNBL’s All-Star Five, Cambage has already proven herself on the local landscape.

Returning from a five-year hiatus in the WNBA, Cambage re-iterated the notion that she is a world-class player following her signing with the Dallas Wings in 2018. After scoring a WNBA-record 53 points against the New York Liberty and maintaining a high-level of play for the duration of the season, Cambage received her first All-WNBA First Team selection, an All-Star nomination and led the League in points – arguably the best season of her career to date before moving to the Las Vegas Aces.

But in a massive morning for Australian basketball, fans across the country reacted ecstatically to the news of Cambage returning to the league. Additionally, Cambage herself noted her eagerness to join the Flyers having already played an abundance of time with the current roster on an international scale.

“I am really looking forward to playing for the Flyers in the WNBL this season. I know they had a great first year and I am keen to help the team go one better and win the Championship,” Cambage said during the club’s announcement.

“It will be great playing with a number of Opals teammates and of course our coach, Cheryl Chambers, who is an assistant coach with the Opals. Flyers captain Jenna O’Hea is one of my favourites, she is also the Opals captain, she is like my captain on and off the court.”

Cambage does not only have professional ties to the club, but also a personal one as evident by the Flyers’ owner Gerry Ryan’s comments in Cambage’s announcement, “It is exciting to welcome Liz home,” Ryan said. “I remember her playing for Dandenong in 2007 as a young up-and-coming star. It will be great to see her in action for Southside Flyers this season and I am sure it will be a real bonus for the WNBL.”

Coach Chambers was also quick to praise Cambage for the person she is and how much of a positive effect she will have on the rest of the side.

“We’re all so excited because she plays with such passion,” Chambers said. “We’re a bit disappointed that we’re not going to have our crowd there because we thought it would be a fantastic opportunity to really grow our brand.”

“We will still do it up in the ‘bubble’ and there is still certainly a buzz with her presence. When she walks in, she is just unique and she has got a big smile on her face, so we are all very excited,” the Flyers’ gaffer said.

Cambage rounds out a star-studded line-up that contains numerous Opals and will certainly look to provide additional help down low in the post and on the defensive end. Less than three weeks remain until the season tip-off and the Flyers are chomping at the bit to make their return to the Grand Final at the end of the year.