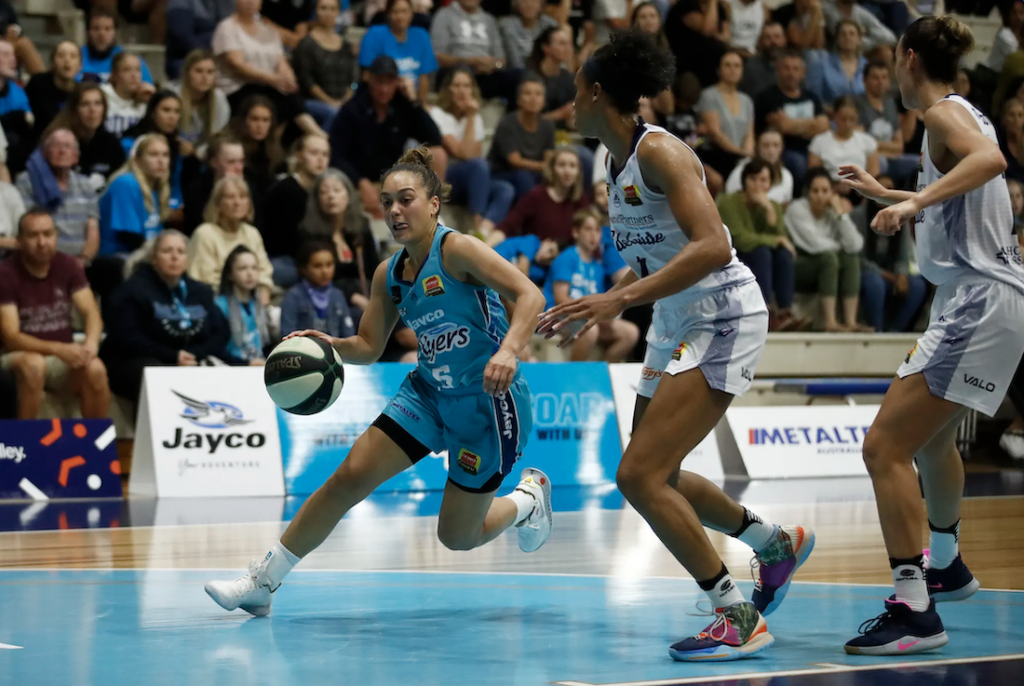 MOST punters heading into the new WNBL season would invest their chips heavily into the Southside Flyers squad that head coach Cheryl Chambers has strung together, as a starting five filled with prominent Opals is set to take the North-Queensland hub by storm.

When asked if this side was one of the most talented squads Chambers has had prior to a season tip-off it is no surprise she promptly responded with “it certainly is”.

“We’ve got some quality players, some older players, some younger players, we’ve got a bit of a mix of everything, so we think it’s a good group. However of course, just because you’re a good group it doesn’t mean you win games, so there is a lot of work to do and make sure we play as a team. But I’m really excited to work with the girls from last season again and bring in the likes of Liz Cambage, Rachel Jarry and Steph Blicavs, which is exciting because they are players with lots of knowledge,” Chambers finalised.

Nevertheless, we focus on one of Australia’s best point guards in the nation’s history to kick off the Flyers’ Player Spotlight series. That of course is veteran 35-year-old American-born Leilani Mitchell, as she prepares for her seventh campaign in the Australian women’s top-flight for basketball.

Coming off of a solid 2020 WNBA season averaging 9.5 points per game across 22 games for the Washington Mystics, Mitchell certainly boasts a constantly dynamic brand of basketball. The sharpshooter also targeted the rim with archer-like precision, converting on 40.8 per cent of her shots from the field and at 30.5 per cent from three-point range.

These numbers, despite being in a competitive League like the WNBA, tell a similar story in the Australian scene. Mitchell shot at a remarkable rate in WNBL20 averaging 15.7 points, 5.2 assists and 3.2 each time out on the floor. Her shooting consistency again was as reliable as ever, going 45.6 per cent from the field and 42.3 from deep.

It became a no-brainer that Southside would want nothing more than to retain Mitchell’s services for another season, and come September 3, the Flyers’ faithful got their wish as Mitchell publicly committed to another fixture with last season’s runner-up.

“I’m beyond excited to continue playing for the Southside Flyers. I was honoured to be a part of the Flyers inaugural season and can’t wait to get back with the girls and continue our quest for the championship,” Mitchell said.

“I know that we will all return hungry and willing to work hard, build on our team chemistry, and have fun! It’s a wonderful organisation that truly cares for the players. It goes beyond basketball. The management, coaches, teammates, and fans make the Southside Flyers the best organisation to be a part of,” the Washington-born phenom added.

Highlighting the fact that Mitchell is a revered master of the game, Chambers reiterated that next season is not so much about tweaking her point guard’s game, but rather refining it as Mitchell gains a little family time in Newcastle before the start of the new season.

“Given that she’s had such a big workload in the WNBA, the thing will be to try and look after her and make sure that she has some minutes where we can try and offload her so we are not running her into the ground,” Chambers added.