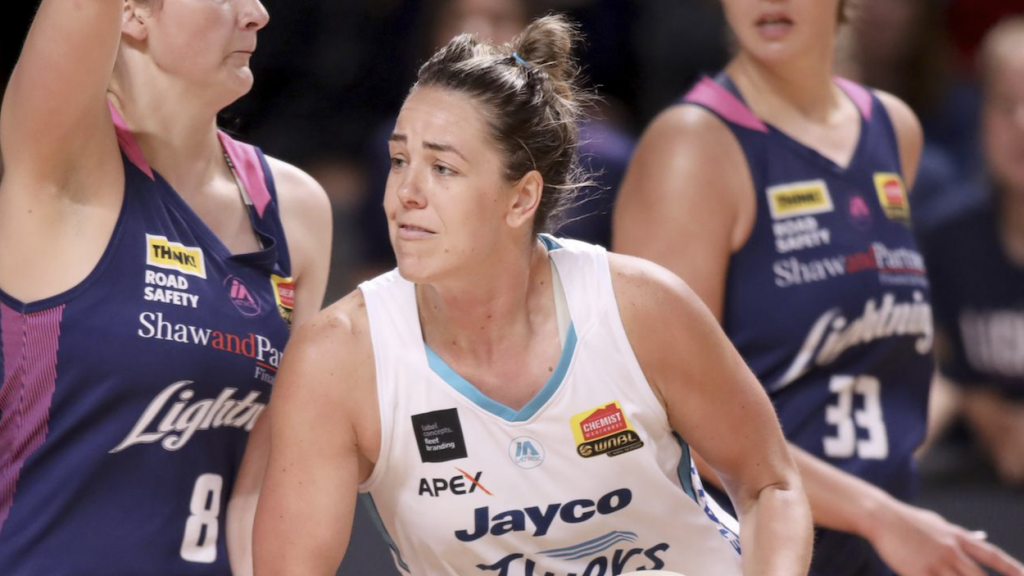 ONE of the must-see players throughout the entire WNBL, Jenna O’Hea backs up all the hype that is bestowed upon her each season. Not only does O’Hea’s experience continue to enrich and inspire her peers, but she also comes into the upcoming season with an extra level of motivation pushing her after last season’s upset Grand Final sweep at the hands of the Canberra Capitals.

Having a rich and triumphant history at the Dandenong Rangers (Southside’s predecessor), O’Hea is keen to transfer that glory to the newly introduced Flyers organisation having won titles back in 2010/11 with the Bulleen Boomers and 2011/12 with the Rangers. Adding to this, the 33-year-old is no stranger to leadership or pressure either, as O’Hea goes into another year of captaincy for the Australian Opals squad ahead of preparations for next year’s Olympics and the subsequent Asia Cup Qualifiers.

The first returning player to be announced in early-June for Southside’s roster, it made perfect sense to kick off the offseason festivities from the club’s perspective by welcoming back their leader. However, in terms of verbal output, O’Hea made it clear and concise on just how much last season’s ending had an effect of her.

“While we had a successful season, particularly for our first year as a team, missing out on the Championship really hurt. It has certainly added to the desire to go one better and start what I hope is a fantastic 2021 for the Flyers and the Opals,” O’Hea said.

O’Hea endured hardship on not only a mental level but also a physical one, having missed five regular season games as well as last season’s semi-final series against the Adelaide Lighting thanks to a broken wrist, which was initially diagnosed as “season-ending” and expected to take 10-12 weeks to heal.

Following her surgery, she was notified that her return could be as close to six weeks away if a little luck and strong healing could swing in her favour regarding an earlier than expected return date. Missing out on the team’s series against the Lightning, O’Hea received the green light to play in Game 1 of the Grand Final series against the Capitals.

Coming off the bench in the series opener substituting for Aimee Clydesdale, O’Hea amassed 34 minutes of court time scoring 14 points and grabbing six rebounds. Three days later O’Hea earned a modest eight points and nine rebounds in Game 2, but despite her contributions, the Flyers could not deny Canberra their second straight title in the nation’s capital.

In what can be best described as an “admirable” season, O’Hea concluded her WNBL20 campaign with averages of 13.7 points, 5.2 rebounds and 3.9 assists whilst shooting 48.6 per cent from the field.

If anyone understands how motivated O’Hea is to make it that one step further in her bid for her third title, it is her head coach Cheryl Chambers. “She’s really, really determined,” Chambers said to Draft Central. “It was really difficult when she got injured. I think she was playing the best I’ve ever seen her play when she went down with that hand injury. I know she thinks there’s a lot of unfinished business and she’s certainly training the house down at the moment.”

“I’ve got the utmost respect for Jenna’s basketball IQ and I think that she’s probably one of the best players IQ-wise that we have ever seen in Australia. She knows when to pass it, she understands defensive rotations, she helps her players be better and she can score. So, I’m probably one of her biggest fans in regard to her basketball mentality,” Chambers summarised.

Leading the undisputed championship favourites into action next season with nothing in mind but bringing a piece of hardware back to South-East Melbourne at the end the year, we will get to see if the Opals’ captain has what it takes to do so nine seasons since her last trek to the top of the WNBL summit.