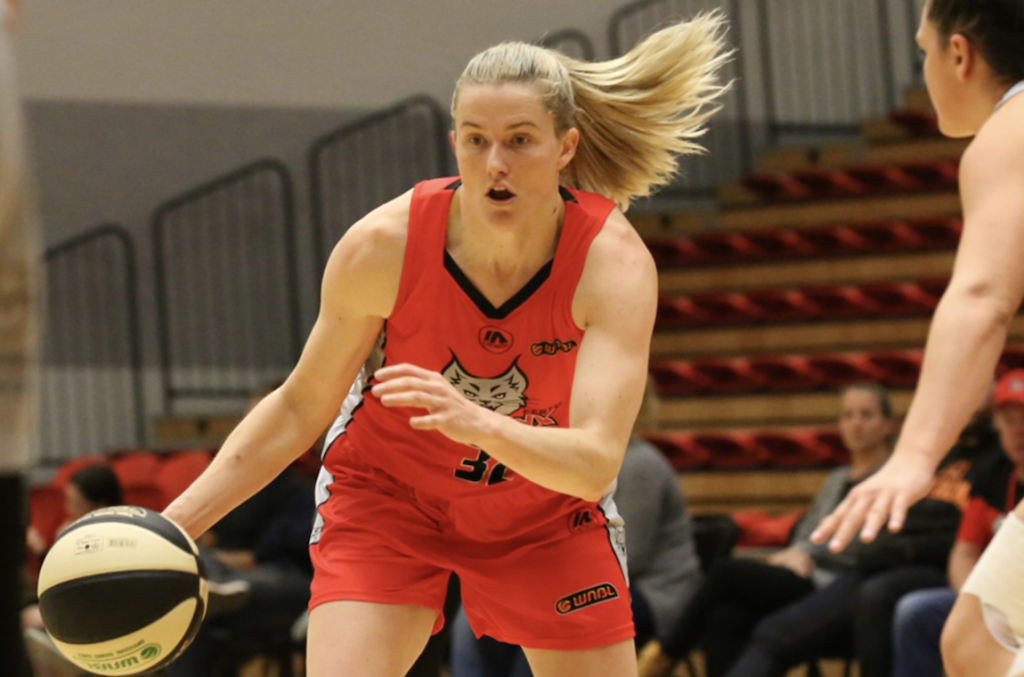 THERE is without a shadow of a doubt that amongst active players in the Women’s National Basketball League (WNBL), Sami Whitcomb sits at the top in terms of her accolades on an international level. Following their announcement on the 17th of June, the Perth Lynx will bolster their squad tremendously with the addition of the 32-year-old joining All-Star Five recipient from last season Katie Ebzery.

A graduate of the University of Washington, Whitcomb kick-started her career competing in the Pac-12 Athletic Conference where she would put up prominent figures in all four of her collegiate seasons, accumulating a total of 1,205 points during her time with the Huskies (15th highest in program history). The culmination of her NCAA career would come in her senior year where she earned an All-Pac-10 First Team selection before heading overseas to start her professional career.

Whitcomb initially frequented Germany where she endured various stints with different clubs, which also included a season in Slovakia. But, after waiting on calls to sign with another team, the Rockingham Flames of Perth’s State Basketball League (SBL) came ringing and started a relationship with the now Australian citizen that has continued to this day.

From 2015, Whitcomb became a regular member of the Perth Lynx franchise, as the club helped develop her into an all-around sharpshooter wherever she competes. Then after being selected to the Seattle Storm in 2017, Whitcomb has roamed confidently in the upper echelon of Australian Women’s Basketball since. A WNBA champion in 2018 and a silver medallist at the 2018 FIBA World Cup, Whitcomb now prepares for another shot at glory as the Storm await either the Connecticut Sun or the Las Vegas Aces in this year’s WNBA Finals Series and will return to Western Australia following the outcome of that series after missing the last two WNBL campaigns.

Nevertheless, head coach of the Perth Lynx, Ryan Petrik, is excited to say the least, given what Whitcomb means to the club and its fans, “[The signing was] huge!” Petrik said. “I was given the job back in March and it wasn’t a well-kept secret at the time.”

“But, because I had brought Sami out to WA back in 2013, my phone blew up and everybody I knew and everyone in the basketball community was telling me to bring back Whitcomb. So clearly there was an eagerness to get Sami back in the country and back to Perth, and from a coach’s point of view as well it made perfect sense,” Petrik said.

Also excited for the return is Whitcomb herself, voicing her jubilation during the club’s announcement. “I’m really excited to have the opportunity to play back at home in Perth, to be home with family is fantastic and I’m really looking forward to playing with the roster that’s being assembled,” Whitcomb said.

Coach Petrik is also grateful to the effect that both Whitcomb and Ebzery have on the rest of the team, specifically in how they motivate and develop their younger peers. “In theory I should never have to grill anyone, because Sam and Katie are just going to be on at a 100 per cent intensity level at all times.”

“If you’re a teammate that is just cruising around at 60 per cent, one, you just won’t last as a teammate and two, they won’t want to do that anyway because they’re such lovely people and they’re both so well liked, no one would want to be lazy around them or not bring their A-game,” Petrik said.