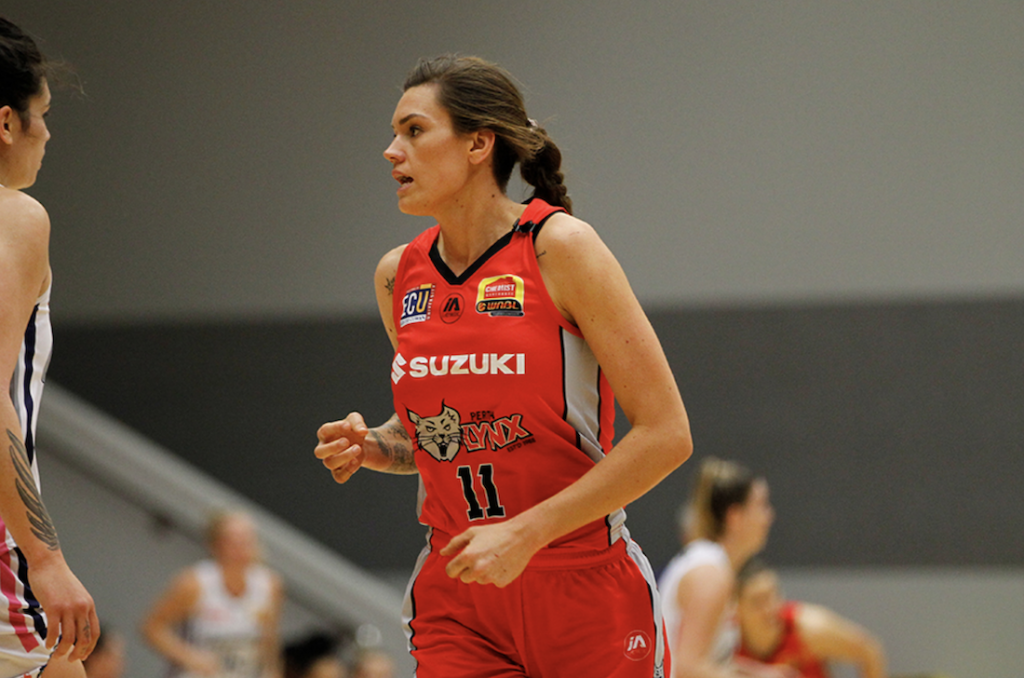 ROUNDING out Draft Central’s Player Spotlights on the Perth Lynx, we look at the return of the side’s defensive centrepiece in Maddison Allen, who looks to expand her roles and responsibilities within Ryan Petrik’s rotation in WNBL21.

Allen, who is almost exclusively praised on her defence, has the chance to become more prominent on the offensive end, following the appointment of Perth’s new head coach and Petrik himself looks to cater to both her strengths and weaknesses. “We know what she’s elite at and what she wants to be good at,” Petrik said. “Clearly we are constantly expanding what people want to be good at in their careers, but I don’t know if we can make Maddie a better defender because she is already so good at it,” he praised.

“Particularly we want to see a five per cent improvement offensively each year and put her in more offensive situations where she does not have to do a lot of heavy lifting. If we have Sami Whitcomb, Katie Ebzery and Darcee Garbin making the decisions, getting people open shots and facilitating the offence, we expect Maddie to reap the rewards from that,” added Petrik.

While Allen ranked second throughout WNBL20 in blocks per game with 1.8 each time out (trailed only the Adelaide Lightning’s Brianna Turner), she still had decent nights in terms of offence. On two occasions, Allen would tally 12 points against both the Melbourne Boomers in early December and against the Sydney Uni Flames in late November. Proving that she does in fact have the ability to score double-digit figures, the challenge of doing it on a more consistent basis will be a focal point of Allen’s next season.

Not only is Petrik happy to be coaching Allen in a head coaching capacity next season, but the 191cm-tall center was just as ecstatic in her announcement. “Ryan was the first coach to really understand my game, to be able to have that understanding at a WNBL level is something I’m really looking forward to,” said Allen.

After Allen earned the Grand Final Most Valuable Player award in the 2019 State Basketball League (SBL) final, it only reiterated Petrik’s pride in watching his center develop tremendously over the last couple of years.

“For me personally it’s been super rewarding,” Petrik said. “Purely from the fact we’ve always known she could compete at the level she has. In Perth the last two years, she’s really been able to show everyone what she can do when she herself has known the whole time. It’s really pleasing to see her put a smile on her face from the sideline.

“Again, her defensive ability has less than zero per cent to do with me, it’s just her natural talent and her work-ethic. And getting to watch her deploy that on the court and prove myself right is just super pleasing to watch and I couldn’t be happier for the kid,” Petrik stated.

How Allen will work with the high-calibre talent of Whitcomb, Ebzery and Garbin, will be closely monitored by everyone watching the Lynx make a run at the top-four next season.