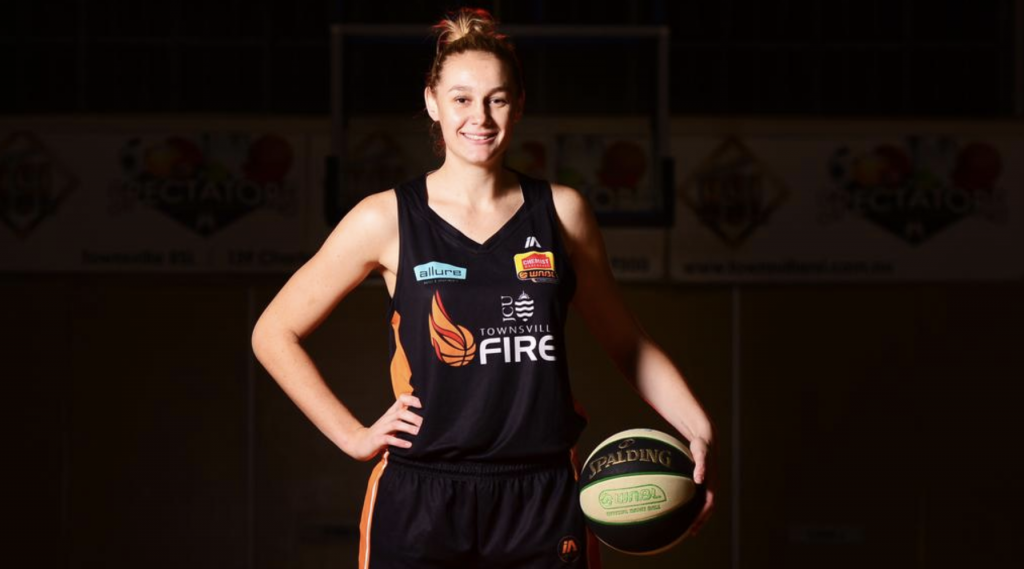 IN a trade deal that saw both the Perth Lynx and the Townsville Fire return players to their home states, the Lynx now welcome back WA-native and Australian Opal Darcee Garbin, and it means a tremendous amount to the 26-year-old forward.

“I’m really excited to be able to play in front of my family and friends. To be playing for Ryan again is fantastic and I’m looking forward to getting on court with a great group of players,” Garbin said.

Looking back to last season, Garbin put up honourable numbers for the Townsville Fire. Despite the team finishing with the equal worst record in the campaign, Garbin provided a lovely manner of efficiency in her full 21-game fixture.

Averaging 14.4 points, 6.3 rebounds and over a steal per game, Garbin proved to be a pivotal piece in head coach Shannon Seebohm’s roster. Garbin also maintained an efficient rate from all areas of the court, further highlighting her ability to spread the defence because of the offensive threat she poses, converting on 44.9 per cent from the field, 32 per cent from three-point range and 87 per cent from the free-throw line.

Head coach Ryan Petrik indicated during Garbin’s signing announcement that the best of the 26-year-old is still yet to come, which Petrik stood by in his interview with Draft Central. “She’s still unlocking everything and she’s about to enter the prime of her career,” Petrik said. “The fact she had such a good season at Townsville where other teams could focus more attention on her, is a really promising sign. Now for us, having Sami Whitcomb and Katie Ebzery beside her and Darcee being back at home with family and friends she can continue to trend upwards,” Petrik added.

Having known Garbin for close to ten years now, Petrik has developed a close friendship with his new signing, which made it a surprisingly difficult and arduous process in gaining her signature for next season. “It was super awkward, just because everybody knows Darcee and I are really good mates,” Petrik said.

After Perth had announced the new head coach of the club would be Petrik, everyone outside of the two friends inquired into whether bringing Garbin back to Perth would actually happen. “Obviously we couldn’t talk about it and we couldn’t have the discussions while she was with another club, but everyone else could. I would talk to Darcee twice a week about literally everything except her playing for Perth,” Petrik noted.

Once the WNBL Free Agency period opened up at 1:00pm AEST on Thursday 4 June, one minute later Petrik rang up Garbin, and finally the two could start negotiating a way for the newly elected Opal to return home to the West.

Garbin is also no stranger to success in West Australian. Currently a three-time champion with State Basketball League (SBL) side, the Rockingham Flames, she earned silverware in the 2014, 2015 and 2019 seasons, while also receiving All-Star Five honours in the latest of her three title-winning fixtures. The Lynx, with the addition of Garbin to their frontcourt, pose a ridiculously well-rounded core group of players.