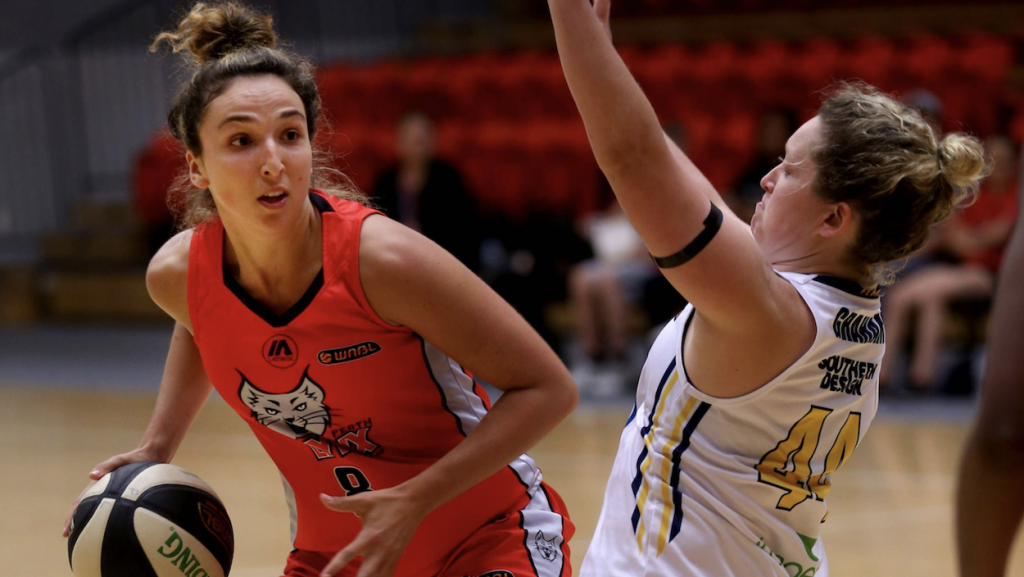 AFTER a brief stint in Italy, Alex Ciabattoni returns to the Perth Lynx and the Women’s National Basketball League (WNBL) after two seasons away from the League, where she will look to provide Ryan Petrik and his staff with an adaptive role in the rotation, given her versatility.

Ciabattoni is no stranger to the WNBL either, with the 26-year-old getting ready to enter her fourth season in the competition but arrives after an extended period of time in the European basketball scene, where coach Petrik is ready to display what the Lynx returnee has developed in that time.

“From day one we wanted to think very much outside of the box with Alex,” said Petrik. “We factored in the fact that our Lynx team from seasons past were way too small. An obvious example of that was one night we played Southside in Perth and Katie Ebzery was guarding Jenna O’Hea, just because all of our guards were just so small.

“So, with Ciabattoni and Alex Sharp we needed some bigger guards, and with Ciabattoni she can literally play one through three position-wise. We see her as our point guard/combo guard who will be able to guard bigger opponents at the other end of the court,” Petrik summed up.

The Adelaide-born prospect in no stranger to the State of Western Australia, having also competed in the State Basketball League (SBL) for a couple of seasons with two different sides. The first being with the Kalamunda Eastern Suns where she received an All-Star nomination as well as All-Defensive First Team honours. The second of her two seasons in the SBL this time was with the Rockingham Flames, which ended in championship glory, only enhancing her love for the State evident in her signing announcement. “I love Perth and I see myself building a long-term future in the Western Australia. The culture being built at the Lynx is something that’s really attractive to me and it’s definitely something I want to contribute to,” Ciabattoni said.

While many players choose to go overseas to grow as an individual and a basketballer, Petrik indicated that Ciabattoni perhaps had not gotten the better end of the stick in that regard but is excited for her to return back to WA to reunite with the club and her loved ones.

“She was probably unlucky that she got a couple bad deals in a row or situations that were not made out to be as ideal for her. So, having had that and now getting ready to come back to Perth where her partner is, we think it will be great for her,” Petrik said.

The Lynx’s head coach was able to see some positives in Ciabattoni’s time overseas. For instance, the former WNBL Rookie of the Year according to the gaffer had handled the ball significantly more, and because of this the utility guard will be able to get Perth’s offence moving as a result and also pose as a dangerous weapon to the team’s offensive schemes.