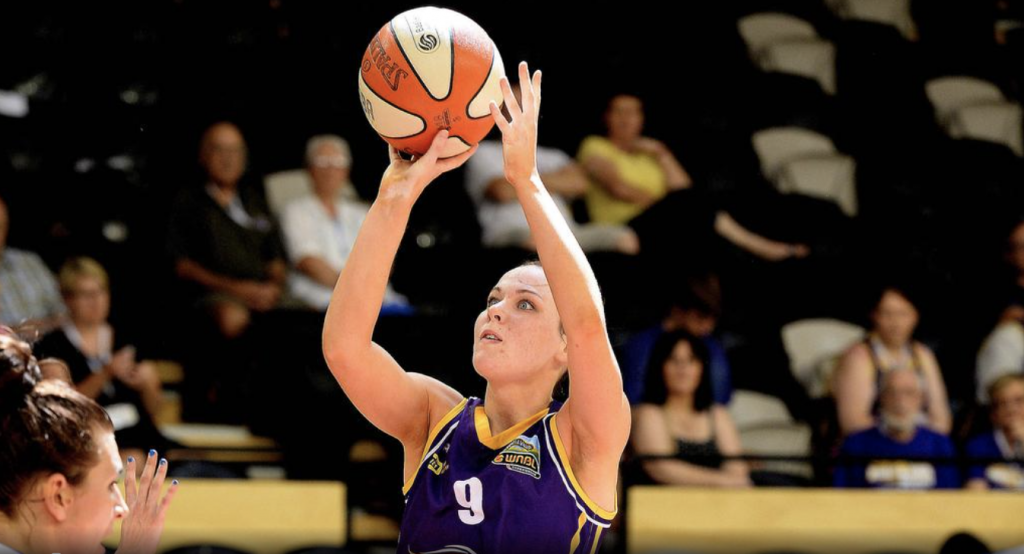 A FORMER stalwart of the Melbourne Boomers and making her return after four seasons away from the club, Tess Madgen joins the formulated line-up of former head coach Guy Molloy for their title run in WNBL21.

Suiting up for the Townsville Fire last season Madgen endured a less than successful season on the whole, but continued to grow individually as a result. Maintaining unyielding numbers in multiple statistical categories, the now 30-year-old veteran of Australian basketball averaged 12.1 points, 5.5 rebounds and 3.6 assists, becoming a cornerstone piece at both ends of the floor for Townsville.

Despite finishing up her two seasons in the far-north, Madgen is happy to return home to her former coach, friends and family. “I am super excited to be back playing for the Boomers. “From the board, the employees, the coaching staff to the playing group it is obvious to see there is a great culture and vibe and I am really looking forward to being part of that again, it feels like a homecoming for me,” Madgen said.

“The club has a great history, being the longest running female professional sports team in Australia and that says a lot about it as a club. I am excited to build on a great season the Boomers had last year and can’t wait to get to work with the girls,” Madgen added.

As mentioned earlier, the absence of Madgen from the Victorian-based side was approaching the half-decade mark. For Molloy he could not help but reminisce back to his earlier days at the Boomers when reflecting on his relationship with Madgen.

“When I first started coaching the boomers back in 2013, there were three standout young players that I knew we were going to build the club around [given the financial restrictions]. That was Tess, Bec Allen and Rebecca Cole,” Molloy said. “I just loved Tess from the start because of her intensity, professionalism and dedication. To be able to bring her back after she has completed some stints overseas and returned to the WNBL, the timing was just perfect.”

Whether or not the Boomers were to bring Madgen back if they were allowed to keep their two imports on the roster we will not know, however, we do know that the club kept in close contact with Madgen during their extended period of time apart from each other and Molloy has certainly noticed the improvements that the Australian Opal has developed over the last few years.

“I really feel she is a smarter ball-player, she’s a better shooter and somewhere in the interim of time away from the club that has occurred,” Molloy noted. “We now have a player that is incredibly motivated to want to do well and cement a claim for Olympic selection. Now, she just seems to have every detail covered, just acts as a true professional and leaves no stone unturned. I predict she is going to have a very strong season.”

A former leader at the club prior to leaving back in 2016, there are no doubts Madgen will be a key member of Melbourne’s leadership group over the course of next season.