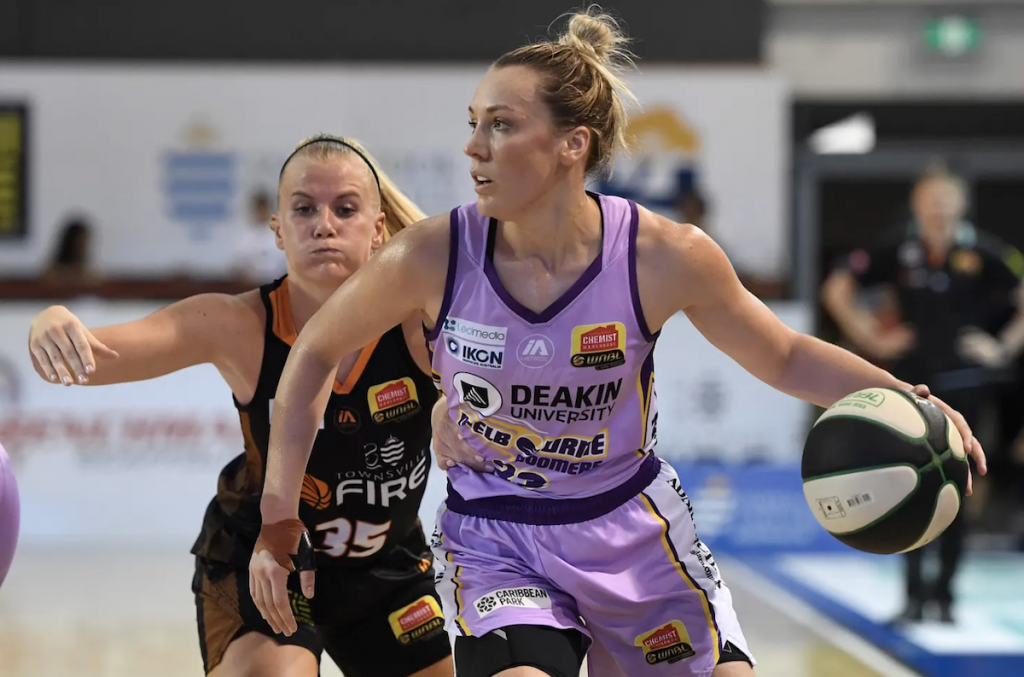 THE fifth side we now look at for Draft Central’s Player Spotlight series is last season’s semi-finalists, the Melbourne Boomers, who after bowing out in a hard-fought series to the eventual champions, the University of Canberra Capitals, will look to go one step further next season in WNBL21.

Kicking off the Boomers’ core five for the week, is Shepparton-born co-captain Maddie Garrick, who is still recovering from the surgery and re-stabilisation of her left ankle in the preparations for her sixth season at the club.

Head coach Guy Molloy provided a clearer insight into how far off Garrick is to fully recovering from her surgery.

“We’re still restricting her workload, but I would say she’s ahead of schedule,” Molloy said. “I think that we have a draft or tentative date somewhere in November to begin play, and when Maddie had her surgery done, that was the conservative return date for her anyway.”

Molloy also noted that his coaching staff and trainers still have time to work with Garrick in the later stages of her ankle rehabilitation, which has meant a lot of quarter-court work and half-court work for the 28-year-old. Nevertheless, Molloy has a strong feeling that if the season is to begin in the middle stages of November, Garrick will be ready to suit up by then.

In terms of play last season, Garrick was able to provide her side with decent figures throughout the campaign, putting up 11.1 points per contest alongside a clip of 37.4 per cent from the field. Garrick also facilitated the ball and made the extra effort on numerous possessions, as she also averaged four and a half rebounds per game and over two assists to add to her season stat-line.

While Garrick rarely put up numbers in droves, a 26-point performance against the Sydney Uni Flames at the mid-way point of last season suggested that she does have the ability to turn up her production if need be, especially from deep as she knocked down six three-pointers in that contest alone. This trait could become more visible next season as Molloy sees a more prominent role for Garrick in the immediate future, given the absences of imports like Lindsay Allen and Sophie Cunningham.

“I think the ball will go into her hands a lot more just because we don’t have Lindsay and Sophie and we’ve got to find ways to replace those numbers, so I think Maddie will become an important part in that,” Molloy indicated.

“To Maddie’s credit, she’s remained true and faithful to the club in her role,” said the Boomers head coach. “We’ve kind of kept Maddie back a little bit as a support player in some respects, so she’s been terrific with that role and remained a true team player, so I think she’s earned it if we step her up to a more prominent role next season.”

As the dominos started to fall in the club’s bid to re-sign their core group, Garrick’s name was the first to make the headlines. Evident in the club’s announcement, she has the obvious objective of taking her side past the semis for next season.

“I’m looking forward to building on from an exceptional season for the club last season (with a hint of unfinished business). I am looking forward to getting back to work more than ever after everything that’s happened in the world over the past months,” Garrick said.

“I absolutely love playing for this club – the fans, the environment, the professionalism and also the culture that we have created amongst the team. These are just a few central reasons as to why I’ll be returning to the club for my 6th season, as well as continuing on in the role as co-captain,” she added.

Not only will it be exciting to watch the Boomers co-captain set her sights on a serious title run, but also seeing that mindset translate to the rest of the team will provide for an entertaining brand of basketball.