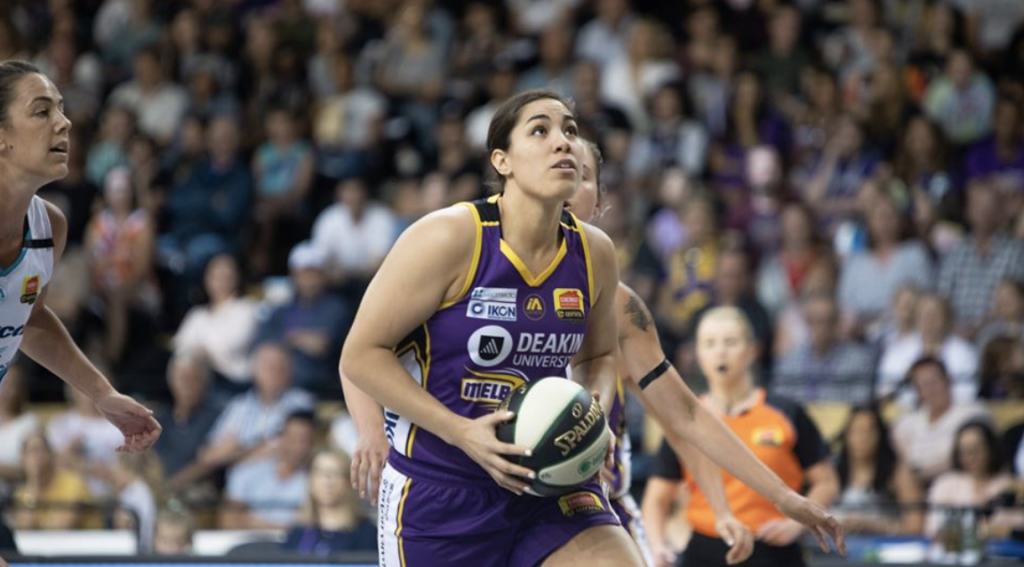 GIVEN that the head coach of the Melbourne Boomers, Guy Molloy, is now also the head coach of the New Zealand Tall Ferns national team, the re-signing of the Tall-Ferns captain Kalani Purcell seemed inevitable. Committed to the club, Purcell suits up for her fourth campaign with the purple and gold and will settle for nothing less than making a serious run at the Women’s National Basketball League (WNBL) Championship.

“The Boomers are like my family so it’s always exciting and fun to see your family after a while. I can’t wait to get on the court with my sisters and do some damage this season!” Purcell said in the club’s signing announcement. “The only challenge I want to overcome is winning that championship this year.”

Providing a much-needed defensive presence for Melbourne last season, Purcell capped off WNBL20 averaging 4.3 points, 4.6 rebounds and 2.1 assists. Furthermore, throughout her 21 regular season contests she displayed what her quick hands were capable of, accounting for 35 steals, an average of 1.7 per game.

Personally, for Purcell, she has objectives she hopes to focus on. While known for her defensive prowess and her high basketball IQ, she will aim to refine her skills at the other end of the floor.

“Personally, this season I’m hoping to provide more of an offensive threat to help my teammates,” Purcell said.

While offence is quite an umbrella term for improvement, Molloy understands what she means by this, as he went on to explain to Draft Central. “She does so many things well that only coaches and teammates appreciate,” Molloy said.

“She’ll set great screens, she’ll get the extra deflection defensively or she’ll get the hand to the rebound and tap the ball back. We want to keep that style of play, but at the same time what we are looking to do is to get her more respected, so when she comes onto the court, she’s going to have to find a way to make people really guard her,” Molloy added.

Similar to fellow Boomer Ezi Magbegor, Purcell’s shot was broken down by the team and restructured when she first arrived at the club to give her a legitimate shooting style. Molloy also touched on the fact that she’s competing in the Queensland State League (QSL), where Purcell is averaging 17 points per game whilst shooting a heroic 50.1 per cent from the field and 37 per cent from three-point range for the Southern Districts Spartans, which provides promising signs for the 25-year-old.

Molloy, who has been Purcell’s only professional league coach to this point in her career, also credits her personality as a key attribute to her development over the past three seasons.

“She’s a great competitor and the thing that is not appreciated for a player that is still so young is how high her basketball IQ is.”

“I don’t at all mean this in a way that sounds silly, but we always kind of joke that she’s a Draymond Green-type player. There’s no set category for her, but she just makes plays that count and her teammates love playing with her,” Molloy finalised.

Having just arrived from New Zealand alongside fellow Tall Fern Penina Davidson, the two can begin their preseason preparations for next season with the rest of the Boomers roster.