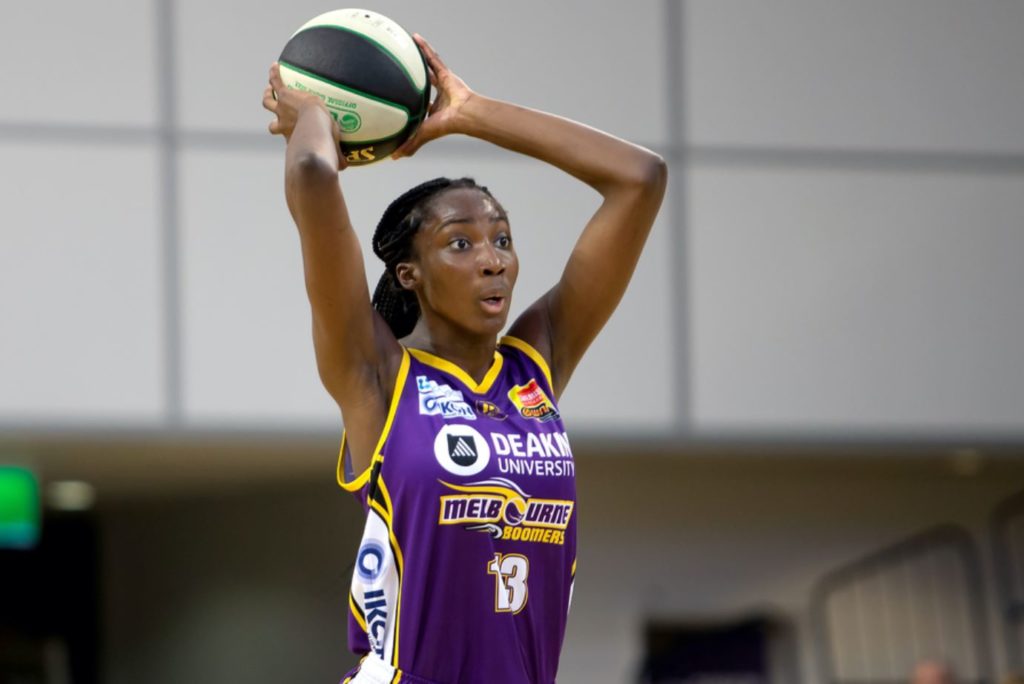 IT only makes sense that for today’s Melbourne Boomers Player Spotlight we look at Ezi Magbegor, who earlier today won her first WNBA Championship for the Seattle Storm in her rookie season, and now looks to transfer that success over to the Australian competition as the Boomers franchise continue their hunt for their first title since the 2010/11 season.

Having quickly flourished into one of the faces of Australian basketball after being drafted last year to the Seattle Storm in the WNBA, Magbegor has defied expectation at every turn playing an adaptive and exciting brand of basketball for Melbourne to this point of her career.

Particularly from her WNBL20 season, Magbegor shone once again averaging double-digits on a weekly basis. To finish her season, the 21-year-old maintained 13 points per contest, alongside averaging 6.6 rebounds and 1.5 assists each time out. Magbegor also averaged 11 points, 6.7 rebounds and two blocks in her side’s semi-final series defeat to the University of Canberra Capitals.

A two-time Australian Youth Player of the Year Award winner in the WNBL (the only player to achieve this feat), Magbegor is on track for great things. Someone else who believes this is Boomers head coach Guy Molloy, who is extremely proud of the way that Magbegor has handled her rookie season in the WNBA and credits her professional mindset.

“The last two years Ezi has asked ‘Am I ready?’. And what was really amazing to me, was that last year when we discussed it my feedback to her was that she wasn’t quite ready with the game and with her body,” Molloy said. “But she had the patience to say that she agrees and that she’s going to continue to really work hard.”

“The following year, we had the discussion again of Ezi asking ‘Am I ready?’ From me this time it was an unqualified YES!” Molloy added. “So that says a lot about Ezi. She’s pretty smart for a kid this young and understanding where she is at, and the fact that she has gone over there and held her own doesn’t surprise me. She will continue to get better and we are just scratching the surface with her, which is very exciting.”

With the Boomers eager to make a return to the postseason in WNBL21 and take it one step further in their bid for title glory, Magbegor will be key to the side’s success. For coach Molloy, he will have the task of adding more weapons to her game, where he will look to guide the young gun to the elite tier of the WNBL.

One of the weapons that the Boomers’ coaching staff have honed in on is Ezi’s long-range shot, where Molloy has seen significant improvement in this department. From Magbegor herself, it was an achievement in itself that she kept her field goal percentage over 52 per cent last season, as well as hitting the occasional three-pointer. Magbegor converted on five threes through 12 attempts last season (41.7 per cent), perhaps giving us a taste of what might occur more frequently further down the track.

“She is just so bloody quick to get to the rim and drive around people, as well as her size at six foot four and her athleticism. So, once her shooting finds a little more confidence, she’s going to be an extremely hard cover for opposition teams,” Molloy said.