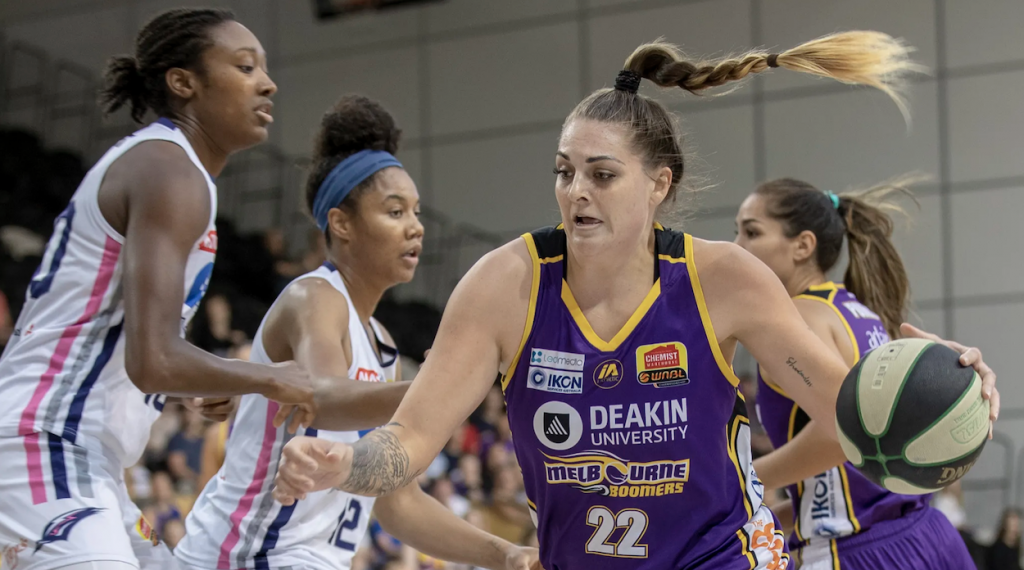 DRAFT Central concludes its Player Spotlight series on the Melbourne Boomers focusing on their leader and other co-captain in 31-year-old Cayla George, who embodies the rock-solid core group that coach Guy Molloy had the pleasure of coaching last season.

With George returning to Melbourne for her third straight season and fifteenth campaign throughout her illustrious career, she hopes to take the squad to the next level as the Boomers prepare to head to the North-Queensland bubble with the season to begin November 12.

The WNBL veteran had another impressive year figures-wise, averaging an imposing 14.3 points per game, alongside 8.5 rebounds and four assists each time out. Overall, George made her shots count as well as she converted on 43.2 per cent of her attempts, however a rare lowlight of the side’s leader came from her struggles to facilitate the ball efficiently, turning over the ball 3.2 times per game.

Nevertheless, George remains more determined than ever to make a title run and this was evident in her signing announcement. “With a huge chunk of the girls coming back, a few key add-ons and great culture on and off the court, I think this season is going to be legit,” George said. “I’m super hyped to be coming back to Boom Town for a third season. The Boomers family on and off court have made me feel super welcomed and loved.”

The Boomers head coach had plenty of positives to list for his co-captain, mainly what she means to the squad as an individual. “She is the emotional fire of this squad and one of the biggest reasons for this is given her championship success in Townsville. She wanted to have a team of her own to lead, whereas in her old team in Townsville, she was kind of in Suzy Batkovic’s shadow for some of that stuff,” Molloy said.

“She has such an outstanding basketball IQ, and that really helps because it’s very hard to win with dumb players. She is also an extremely good pass-first type big and we know she can score around the rim which makes her a tough cover for the opposition.”

One of the keys responsible for George’s rise to prominence over the last decade and a half is her ability to maintain a high production rate from season to season, and Molloy credits that to a few things.

“Her diligence is a big factor in that. She prepares well mentally, she does the work and she knows what is non-negotiable,” Molloy said. “She isn’t a closed book either because the fact that she is still trying to add some stuff to her game and get a little bit better is remarkable in its own right.”

Molloy will also look to the one-two punch of George and Ezi Magbegor for next season, in what will be an old-fashioned offensive scheme that has worked efficiently in the past. There are no doubts that another season for the future WNBL Hall of Famer will provide another reason to tune in to WNBL21 come mid-November.