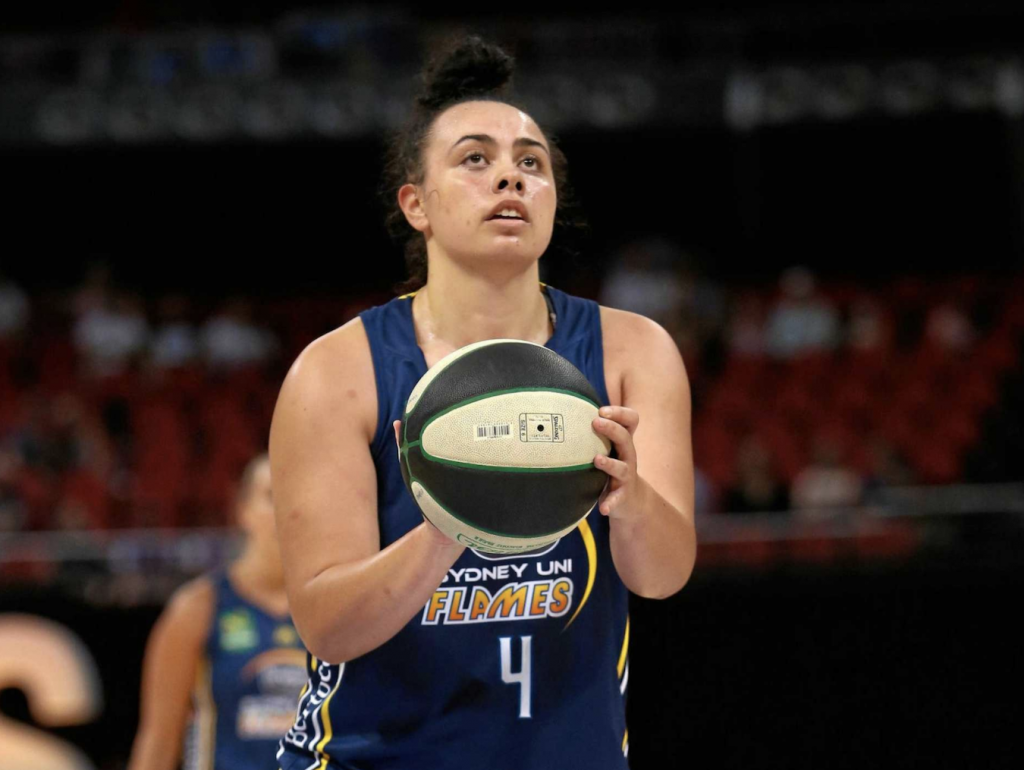 THIS week Draft Central takes a look at the reigning back-to-back champions of the Women’s National Basketball League (WNBL) in the University of Canberra Capitals, as they look to cement their dynasty for the upcoming WNBL21 campaign with Paul Goriss and his side searching for Canberra’s tenth title in franchise history.

In what will be a slightly different looking squad to last season due to import restrictions, the Capitals will be missing two integral pieces that were responsible for bringing the side so much success in WNBL20. The two being last year’s WNBL League MVP and Rachel Sporn Medallist Kia Nurse and Olivia Epoupa.

To fill any holes with the departure of Epoupa, the Capitals organisation did not have to look too far in attaining someone to fill the point-guard spot. Tahlia Tupaea, who has already spent what some would call an entire career at the Sydney University Flames, will make the move to the ACT to don the Canberra Blue and provide her services to the cross-state rivals.

Tupaea first stepped foot onto a WNBL floor at the age of 15, and since then has been a member of the Flames family to this day. Over the eight seasons she competed for Sydney, Tupaea did find title success in 2017, but since then has undergone a less than lucky stint with injury. Nevertheless, at the prime age of 23, the Minnesota Lynx draftee will aim to be pivotal to Goriss’ squad next year.

“There was a limited amount of Australian point-guards out there at the moment who were a Free Agent this year and suited to what we were looking for,” Goriss said. “She’s a great passer, she shoots the ball very well, she’s a really strong defender and she’ll complement our squad very well,” he added.

For Goriss personally, he was taken aback by Tupaea’s performances in prior matchups with the former Flame, as those contests left an impressionable mark on the Coach of the Year. “There’s times where I know in the last two years, she’s kicked our arse,” Goriss said. “We’ve tried to put her on bigger players, quicker players, smaller players, but she’s got that strength and that ability to get into the lane and drive on people,” he explained. In short, it is safe to say that the Capitals’ head coach is glad to be on the same side of Tupaea from now on.

For the Penrith-born star, she managed 8.8 points, 3.2 rebounds and two assists per contest over 13 games last season before her year was cut short, but Tupaea sees a great program at Canberra which she gravitated to during the Free Agency Period, according to her announcement.

“I chose to sign with the Caps because it felt like a really good fit with the coaching staff and players who have a wealth of knowledge and experience,” noted Tupaea. “It isn’t far from home in Sydney, so family and friends can still come to support me.”

“I am looking for a new path in my basketball journey, I have had a few niggling injuries so I’m looking to rejuvenate my confidence and passion for the game and immerse myself in the Caps,” Tupaea said.

While Tupaea displays a unique skillset at her position, Goriss does envision some changes to her game, most of which will be increases in her workload as he looks to get her back to peak form where the Lynx drafted her back in 2017. “She’s going to have to step up her offensive production, but her number one role is defence and that’s a big reason why we signed her,” Goriss said. “She plays with no fear and she is a locked in defender with a great attitude and mindset. She’ll mostly have every hard matchup in the guard position.”