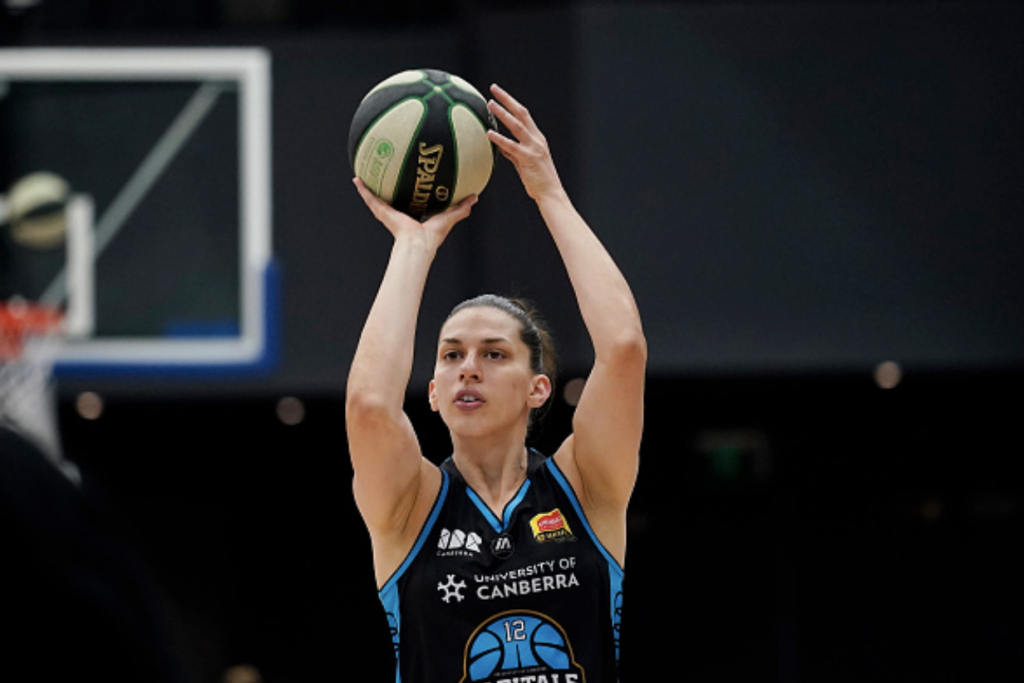 TO complete Draft Central’s Player Spotlights on the University of Canberra Capitals this week, we focus on the second half of the side’s backbone in four-time Women’s National Basketball League (WNBL) champion and former Defensive Player of the Year, Marianna Tolo.

The club announced on the second day of Free Agency that they re-signed their co-captain, which would precede the signing blitz of an additional five players in the following few days. Head coach of the Capitals Paul Goriss knew that signing Tolo first would be a major morale boost to the local fan base of Canberra and the club as a whole.

“It’s great for the fans and it’s great for sponsorship,” Goriss said to Draft Central. “It’s great to see that players are sticking by us and are prepared to stay here when they could go to Europe and earn a lot more money than what they would playing in the WNBL.”

“Just to have that consistency and continuity, it really gives the group some stability and people love coming to watch the likes of Tolo play, so it was a huge signing to be able to keep her for a third season in a row,” Goriss said.

Having also been a part of the Capitals’ squads that earned title glory back in the 2009 and 2010 winning seasons, Tolo cemented her Canberra legacy alongside Kelsey Griffin last season, as the pair won the franchise’s ninth title in their history. But Tolo’s season on an individual level was nothing short of elite. The 31-year-old achieved a well-earned stat line of 14.6 points per game, as well as collecting 7.6 rebounds each time out on the floor. Tolo also managed to maintain a ridiculously good field goal percentage, converting on 53.4 per cent of her shots over her 20-game season.

Tolo, who is a definite inclusion for next year’s Olympic Games as an Australian Opal, saw re-signing with the Caps as the perfect option for her preparations especially given the current situation regarding COVID-19. “It’s hard to say no when we have just won back to back. I had initially thought of going overseas but because the Olympics was postponed to next year as well as the ongoing Coronavirus situation… it seemed like the perfect decision to make,” she said in her announcement.

“I know that the way we train and play will prepare me perfectly for Olympics. The UC Capitals also really look after their players, so I know that they always consider my health during the season. They have been great with managing my injuries,” she added.

In terms of leadership, which was outlined in Kelsey Griffin’s Player Spotlight piece, both Tolo and Griffin are the perfect combination to lead Goriss’ side according to the coach, but the Capitals’ gaffer described what effect his center has on the squad and how she has maintained her level of greatness to this point of her career.

“Going back, she has always prided herself on the defensive end,” Goriss said. “She’s always prided herself in getting those tougher matchups and neutralising the other team’s defence and she loves doing that ‘grunty’ kind of work, as opposed to the offensive part of the game. But she’s always been about the team first and sometimes I still feel we’re just scratching the surface with her at the offensive end of the floor.”