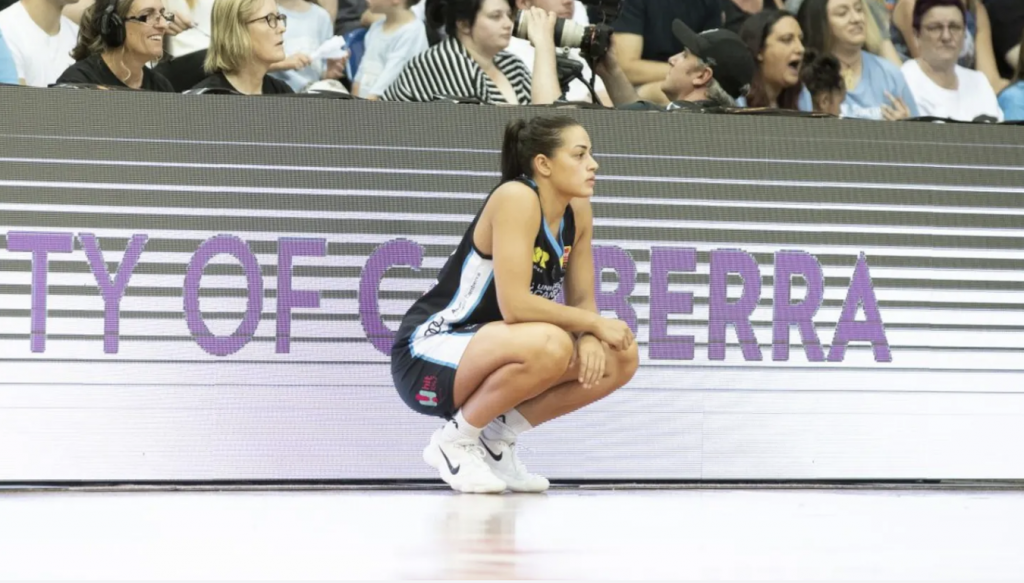 QUICKLY becoming one of the Women’s National Basketball League’s (WNBL) most prominent guards, Maddison Rocci earned her stripes last season and now looks to develop even further with the Capitals in WNBL21, as she once again eyes up a starting five spot.

Rocci was one of the six members to be re-signed during Canberra’s signing blitz, where head coach Paul Goriss solidified his core group from last season’s title-winning season (excluding imports) in the space of a few days during the Free Agency signing period, and the former Victorian was more than happy to re-join the cast of last season.

“The thing that motivated me to come back to the Caps again was the team that Paul was putting together and the people that were returning from last season,” Rocci said. “I have also developed so much being at the Caps under Paul, so I’m ready to take the next step and improve my game even more.”

Maintaining nine points, 2.3 assists and 2.3 rebounds per game whilst shooting an impressive 40 per cent from the field, Goriss would deem it suitable to gradually increase Rocci’s output regarding court time over the course of WNBL20. Playing below 30 minutes per game to open up the first few outings of last season, Rocci soon received regular 30-plus minute stints throughout the rest of her 2019/20 journey.

After a stellar season and the second WNBL title of her career to this point, it seemed the 22-year-old could not have a better year. That was until mid-June, where Rocci received her first nomination to the Australian Opals Squad, a feat she could not believe at first. “I got an email from Sandy about being named in the Opals squad and to be honest I had to look at it a couple of times and re-read it to make sure it was right. I was honestly lost for words,” Rocci said.

“It’s been such a big dream of mine to be named in the Opals squad, so it was a very special and proud moment,” she added.

Goriss’ assessment of Rocci last season was a positive one, outlining the level of consistency and dedication that the young gun displayed over that time. But like fellow guard, Tahlia Tupaea, Goriss wants to see more of an increased role with the Caps for the upcoming fixture and sees Rocci’s recent performances in the Queensland Basketball League (QBL) with the Sunshine Coast Rip City as a good testing ground for that purpose.

“It’s really important because she does have a specific role with us at the Capitals, but being able to step away from that and become a go-to player that’s going to handle the ball, that’s going to take on scoring responsibilities and have leadership within the group is really important,” Goriss said in an interview with Draft Central. “I’m hoping she brings that [experience] back for pre-season with the Caps, as it is a great learning curve to have to take on those extra responsibilities,” he noted.

Rocci currently leads the QBL in points maintaining a massive 34.8 points per game, while also sitting third across the competition in rebounds, averaging 11.3. Rocci also leads the league in free throws made with 44 and is second in total three-pointers made with 25. With numbers like this, Rocci looks to be one of the WNBL’s biggest improvers if she maintains this level of form.