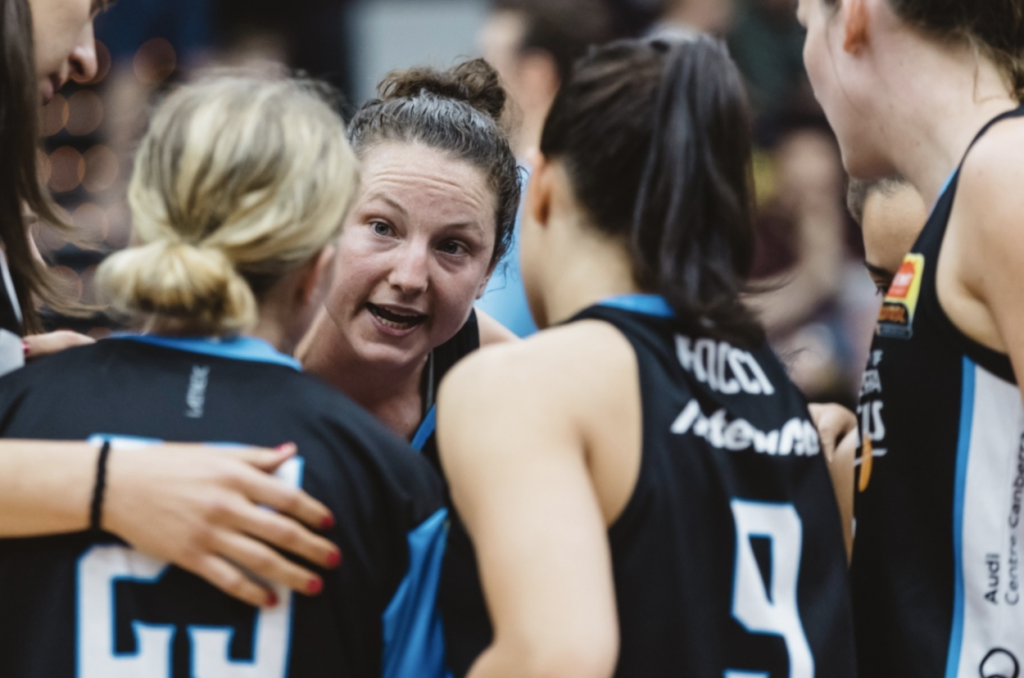 CAPITALS co-captain and one half of Canberra’s backbone, Kelsey Griffin means as much to Paul Goriss’ squad as oxygen does to a human being. After Griffin announced at the start of the Free Agency period that she would be a part of the squad for next season, the Capitals franchise could breathe a huge sigh of relief – Goriss in particular.

“Kelsey has been an unbelievable leader,” Goriss said in an interview with Draft Central. “More so from two aspects of her game, her work ethic on and off the court, whether it’s during individuals or triggering team practice and studying for games.

“She’s meticulous in her preparations for games and everything that she does. That applies to gym, taking care of her body, her diet, her nutrition and all those other things. She’s been one of the most professional players that I’ve ever had,” he added.

Last season as a whole was slightly hindered but not the end of the world for the 2019 Most Valuable Player. Suffering a high-grade ankle sprain in the mid-December clash against the Southside Flyers, Griffin was sidelined for close to six weeks leading her into the postseason which allowed younger players to get extra minutes in at the tail-end of the season.

Making an early return with three games remaining in the season, Griffin averaged over 10 points and eight rebounds to round out her campaign. Over the course of her 14 regular season games, Griffin managed to maintain a double-double (15 points and 10.8 rebounds per game), averaging 3.2 steals per game and 1.2 blocks to add to the list of statistics. To top off Griffin’s exceptional yet shortened season, the 33-year-old collected 13.6 points and 10.6 rebounds each time out in their championship playoff run. This also included a seven-steal performance against the Melbourne Boomers in Game 1 of their semi-final series.

“Her work ethic allows her to compete and get those numbers still,” Goriss said. “If you just saw her preparation in how she practices, you can see it is exactly how she plays. There’s no middle ground and there’s no taking it easy. She has to do everything perfect or to the best of her ability. So, it doesn’t really surprise me that she gets the numbers that she gets, but I do sometimes take it for granted,” Goriss said.

More important to the local fan base was the fact that Griffin’s announcement to return emerged a day after her counterpart Marianna Tolo. With the two leaders making their intentions for next season public knowledge, Goriss also reflected on Griffin’s style of leadership and how she complements Tolo in that regard.

“They’re kind of like the yin and the yang,” said the head coach. “They’re both very similar, but their styles of leadership are very different. Tolo is more the caring type and Kelsey is very ‘grab it by the scruff of the neck’. But that’s why they both work so well together, because they’re similar in some respects and different in others. It’s the perfect combination.”

Griffin was originally preparing for 3×3 basketball for the Olympics, but she disclosed that she has been nursing her injured shoulder during the off-season instead. “This down time has been incredible for reflection. I have had a good chance to slow down and re-prioritise what is important to me. It’s been really good for me,” Griffin said.

The WNBL has yet to confirm the start date for the WNBL21 season, but Griffin goes into the 2020/21 campaign a four-time WNBL champion, a League MVP and a three-time Finals MVP. Needless to say, onlookers are eager to see what the Alaskan-born phenom has in store for the next chapter of her career.