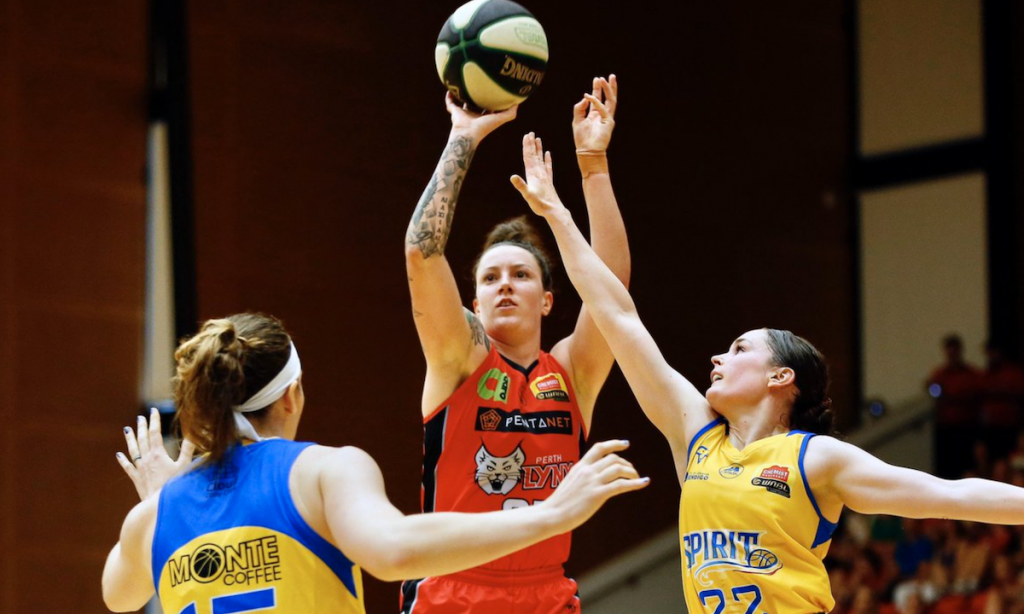 NOT many players have been shopped around in the WNBL as much as Marena Whittle, as the 26-year-old prepares to represent the Adelaide Lightning this November in WNBL21. The Victorian-born utility will also join her fourth club in as many seasons hoping to build upon her last stint with the Perth Lynx.

Often referred to as a utility prospect, Whittle poses a reputation that allows her to be able to play proficiently at virtually any position within a line-up. Despite this however, she has endured a compilation of injuries in the early years of her professional career, especially during her debut season with the Townsville Fire. In addition, at Bendigo, Whittle suffered a minor Achilles injury which is just another example of the bad luck that the North Dakota State alum has endured to this point.

But seemingly a half-glass full individual, Whittle hopes that these bumps in the road have only strengthened herself as a player to this point as she looks to inspire the next wave of emerging basketballers, “I love being a role model to the younger generation, I think it’s very important to set a good example and to make sure they know that anything is possible,” Whittle said.

No stranger to competitive levels of basketball, Whittle refined her craft as a junior with the Nunawading Spectres from the age of four in the hotly contested Victorian basketball scene where many of the nation’s top basketballers originate from. This, followed by various state basketball tournaments, led her to the United States where she played her full four years of NCAA basketball. Averaging 11.3 points and 7.9 rebounds at North Dakota State, Whittle became a pivotal piece of the Bison’s roster from her freshman to her senior years, thus laying the foundations for the player WNBL fans see today.

Last season was particularly a highlight for Whittle, as she excelled in many aspects of the game during WNBL20. Being a standout player in the Perth Lynx’s secondary unit, she maintained substantial averages of 10.3 points, 4.8 rebounds and an assist each game. But after playing all 21 games throughout last season’s campaign, Whittle is ready to make the next step in the relatively early stages of her career, which is evident by the Most improved Player of the Year that was bestowed upon Whittle by the Lynx organisation.

“I am looking to create a diverse leadership role on court and to shake the tag of being a 6th man. I am keen to get into a starting role and looking at this unique season ahead, I think there are many opportunities for local players to step it up,” Whittle noted.

Soon to be working alongside marquee players like Whittle, Alanna Smith, Stephanie Talbot and Chelsea Brook, head coach Chris Lucas has the core weapons needed to size up to many of the other sides throughout the WNBL competition, which is set to kick off in just over four weeks’ time.