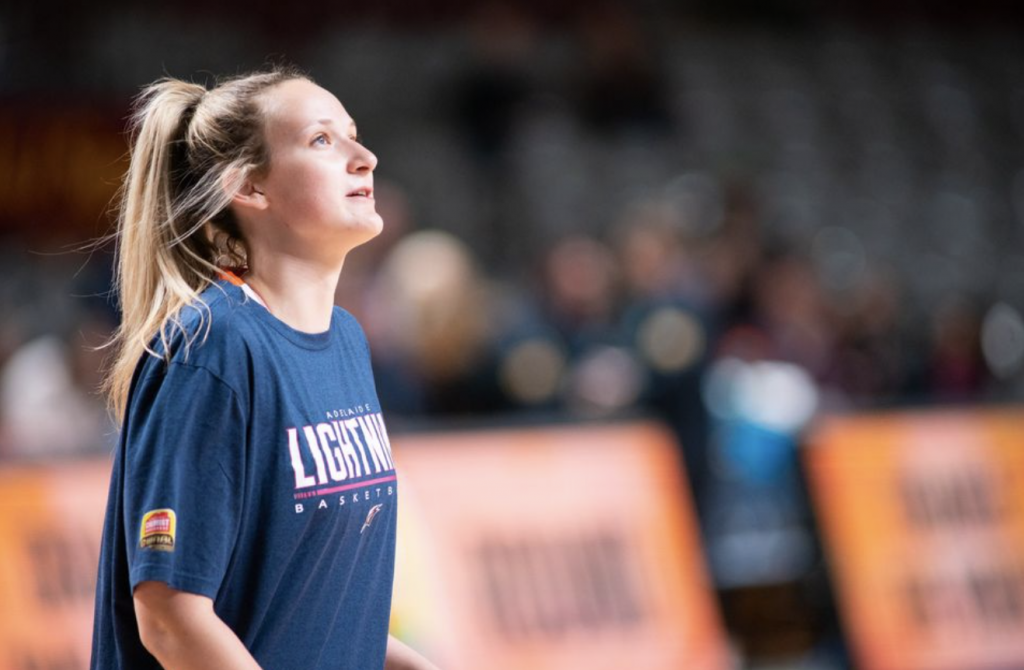 AS we have done at Draft Central for the past six weeks, Fridays are reserved for the League’s best-known centers. Today is no different, as we conclude the Adelaide Lightning’s Player Spotlight series focusing on 22-year-old big Chelsea Brook and how her performances last season have helped her develop to this point with WNBL21 around the corner.

A native to South Australia and raised in the town of Truro, a 70-minute drive north-east of Adelaide, Brook is a prime example of the players that emerge through the South Australian junior circuit.

Beginning her career at the tender age of four, Brook was encouraged to begin playing primarily thanks to those she is closest to according to a piece released by the club last month. “My family had a huge influence on my basketball career, I was involved in our local Barossa Valley association from the age of four. My parents would coach my older sister’s team and I would fill in and always be out at trainings joining in,” Brook said. “They pushed for me to play District Basketball with the Norwood Flames and would drive me to Adelaide twice a week so I could play, throughout my SA Country Basketball career they would give up their weekends to drive me to state trainings and tournaments all around South Australia and ensured I had every opportunity to be successful.”

Playing with a wide array of South Australian talent, Brook was lucky enough to be a member of the Australian World Uni Games side that took home gold in Taiwan and Japan. In addition to this, she would also accomplish something that has rarely been done in South Australian basketball history. Following a successful 2018 SA Premier League campaign for the Sturt Sabres, Brooke earned the Halls Medal, the state’s highest individual honour for a female basketballer – as a teenager.

Based on last season’s WNBL numbers, Brook’s progression continues to suggest improvement after averaging seven points, 2.7 rebounds and converting over half of her shot attempts (51.5 per cent) in 2019/20. The fifth-year player has been working on a more consistent three-point threat and hopes her added work on this asset will come to fruition in under a month when league action resumes.

“I would describe my playing style as a stretch forward, in the offseason I’ve definitely tried to improve my consistency of outside shooting and I think that is something that I can bring to the Lightning this upcoming season,” Brook added.

Brook is nothing less than excited to be back in her home-town side for another season and to help head coach Chris Lucas and her teammates find immediate success this season, “I feel really excited and blessed to be able to return for my fifth season with the Lightning, I love having the opportunity to play under Chris again and be able to be involved with the Lightning community and supporters who continually come out and support us,” noted Brook.