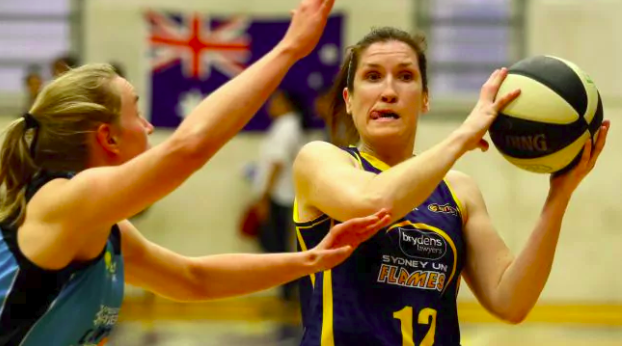 THE Christmas break saw the UC Capitals storm to the top of the table, while the Rangers and Fire struggled. The Adelaide Lightning remained in the top four on the back of two wins, while the Lynx regained their top of the table form with two wins.

The Lightning convincingly defeated the Sydney Uni Flames, showing what they’re capable of. Adelaide’s imports shone in this game, with Colleen Planeta leading all scorers with 21 points. She backed this up with eight rebounds and three assists in one of her best games of the season. Nia Coffey also dominated with 18 points, seven rebounds and four assists. Coffey continued to star in Round 12 against the Lynx, grabbing 21 points, nine rebounds and two assists, coming so close to a double-double. Nicole Seekamp also contributed with 16 points, four rebounds and seven assists, as she continues to dominate in the assists department this season.

Round 12: Lost to Melbourne Boomers by four points

The Spirit finally got a win on the board in Round 11, after consecutive losses saw them slump to seventh on the ladder following a convincing start to the season. Nadeen Payne led the way for her side against Townsville in terms of points, amassing 21 points, three rebounds and two assists. Rebecca Tobin was massive for Bendigo though, scoring a double-double with 16 points and 15 rebounds next to her name at the conclusion of the game. The Spirit put up an almighty fight against the high-flying Boomers, showing that they are on the right track to end their season off well. Payne again starred for Bendigo, scoring 17 points and three rebounds. Tobin also racked up her second consecutive double-double with 12 points and 15 rebounds.

Round 11: Lost to Melbourne Boomers by 24 points

The Rangers stumbled over the Christmas period, losing four straight games to slump to sixth on the ladder. Rebecca Cole gave her all against the Capitals, scoring 20 points and seven rebounds. The only other player to score in double figures was Amelia Todhunter, who racked up 10 points as well as one rebound and three assists. Coming up against another strong outfit in the Melbourne Boomers saw the Rangers faced with another difficult task, but Cole was again a shining light. She scored 18 points and racked up seven rebounds. This time, she was complemented by Betnijah Laney, who scored 12 points, four rebounds and three assists. Laney continued her good form against the Lynx in Round 12, scoring a double-double with 21 points and 10 rebounds, following this up with seven assists. Cole was prolific with 13 points while Kayla Pedersen contributed with 14 points and six rebounds. She couldn’t fire up against the Capitals the second time round, but neither could any of her teammates, with no Ranger scoring in double figures. The most impressive player was once again Betnijah Laney with nine points and 11 rebounds.

Round 11: Defeated Dandenong Rangers by 24 points

The Melbourne Boomers made light work of the Dandenong Rangers, and it was thanks to the efforts of Lindsay Allen and Steph Talbot. Allen dominated the floor with 27 points, four rebounds and four assists, while Talbot pitched in with 22 points, five rebounds and two assists. Cayla George was massive on the boards with 12 rebounds to go with her 10 points. Allen backed up her incredible performance against the Rangers with another 27 points against the Spirit in Round 12. Cayla George also racked up her second consecutive double-double with 13 points and 16 rebounds, moving up to third in the all-time Women’s National Basketball League (WNBL) rebounds leaderboard.

Round 12: Defeated Dandenong Rangers by 15 points

Round 12: Lost to Adelaide Lightning by seven points

The Lynx regained their winning form against the Sydney Uni Flames, but they only just got the victory, getting up by four points. Asia Taylor led the way with 29 points, 13 rebounds and six assists, while Alison Schwagmeyer contributed with 14 points, five rebounds and five assists. The duo continued their stellar form against the Rangers, with Taylor notching up 22 points and 12 rebounds and Schwagmeyer scoring 20 points. Taylor scored her third consecutive double-double with 16 points and 12 rebounds against the Lightning, while Brittany McPhee and Lauren Mansfield each pitched in with 12 points.

Round 11: Lost to Adelaide Lightning by 43 points

Round 11: Lost to Perth Lynx by four points

Round 12: Lost to Townsville Fire by 13 points

The Flames really struggled against the Lightning in Round 11, with Belinda Snell (12 points, five rebounds) being the only player scoring in double figures. Amanda Johnson led on the board with 11 rebounds to go with her nine points. The Flames were much better against the Lynx, and it was once again Belinda Snell who was the shining light. She racked up 25 points, 11 rebounds and six assists in one of her best games of the season. Tahlia Tupaea (12 points, 11 rebounds) and Brittany Smart (12 points, five rebounds) also impressed against the strong Perth outfit. Against the Fire, six players scored in double figures in a great all-round effort. Brittany Smart led the way with 16 points, five rebounds and eight assists, while Belinda Snell racked up her second consecutive double-double with 13 points and 10 rebounds.

Round 11: Lost to Bendigo Spirit by eight points

The Fire suffered in their four games over the Christmas break. Laurin Mincy gave her all against the Spirit, playing one of her best games of the season with 30 points, two rebounds and two assists. Against the Capitals, it was up to Ally Malott to pace the Fire with 12 points, three rebounds and two assists. Tess Madgen also pitched in with a double-double, scoring 11 points and 12 rebounds. Laurin Mincy began Round 12 the same way she began Round 11, leading the way for her team with 20 points. Darcee Garbin also pitched in with 13 points and eight rebounds. The Fire rediscovered their winning ways against the Flames, and Ally Malott led the way with 19 points and eight rebounds. Zitina Aokuso was also impressive with 15 points, while Darcee Garbin scored 16 points and four rebounds.

Round 11: Defeated Dandenong Rangers by 27 points

Round 11: Defeated Townsville Fire by 26 points

Round 12: Defeated Townsville Fire by 29 points

Round 12: Defeated Dandenong Rangers by 43 points
The UC Capitals absolutely dominated Rounds 11 and 12, with every win being over 25 points. Against the Rangers, Kia Nurse led the way with 22 points, three rebounds and five assists. Kelsey Griffin was monstrous with 24 points and 14 rebounds. Away from home against the Fire proved no issue for the Capitals, with Marianna Tolo (14 points, 11 rebounds) looking impressive. Griffin again shone with 21 points and eight boards. Back home, the Capitals once again made light work of the Fire, with Kia Nurse (33 points, four rebounds) and Kelsey Griffin (12 points, 12 rebounds) doing the heavy lifting. The Capitals finished off the round against Dandenong, and it was Leilani Mitchell who was one of the stars with 20 points, four rebounds and five assists. Kia Nurse led the way on the scoreboard with 26 points to go with her five assists.