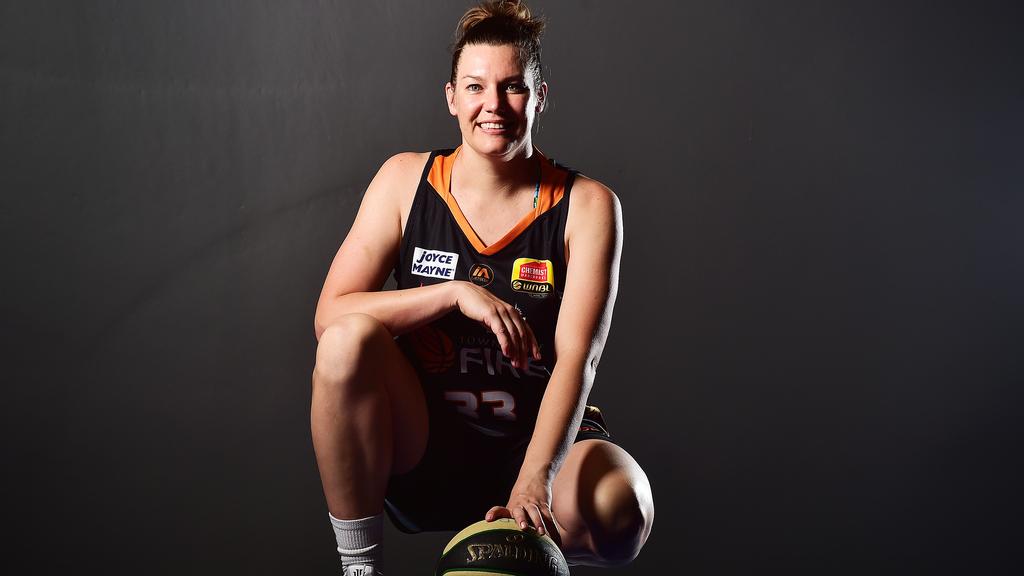 CONTINUING with Draft Central’s updates on the Women’s National Basketball League (WNBL)’s Free Agency movements, we now look to two sides that will be looking to heat up and have bounce back seasons in 2021. First up is a Townsville Fire franchise that has had possibly the busiest offseason throughout the eight teams of the competition, as Head Coach Shannon Seebohm and his staff have strung together a championship-calibre team for the campaign to come. Following Townsville is the Sydney Uni Flames, a team who too have made some key signings during this year’s signing period, as well as an injection of youth. The Flames hope they can earn themselves a postseason appearance for the first time in three seasons.

In terms of redemption, the Fire perhaps have the biggest case to make in terms of attaining it. Finishing at the bottom of last season’s standings next to the Bendigo Spirit (both teams with a record of five wins and 16 losses), Townsville have their eyes set on regaining their championship form, similar to recent years. In their first step to doing this, the club re-signed one of its former champions.

Back in early June, the re-acquisition of Mia Murray, who was a part of the Fire’s three most recent titles, sees her return after two seasons away from the game due to raising her son. Murray, a local favourite in the North-Queensland community, enters into her eighth season hoping to help guide the influx of new and young players to enter the league, while former captain Micaela Cocks leaves the team to focus on the birth of her new child.

A number of young stars to join the team include former member of the Spirit in Shyla Heal, who made the move up north to attain a more consistent role at the starting point guard position. The one-two combination between Heal and the fully recovered Zitina Aokuso could very well become one of the most potent frontcourt/backcourt duos in years to come. Other signings include Lauren Nicholson from the Adelaide Lightning and Nadeen Payne of the Perth Lynx, with the latter returning her home state after the Fire traded for her in an exchange with Darcee Garbin, a resident of Perth.

The final signing for the team needed some extra frontcourt presence to further assist rim protection for Aokuso, seeing 193cm-tall centre Lara McSpadden join the fray, coming over from Sydney Uni Flames. Having already played under Seebohm in the junior national circuit, the two will need little time to re-establish familiarity with their playing and coaching styles, which could be beneficial to the squad.

For a team that finished sixth out of the eight teams participating in the WNBL, the Flames were one of the biggest underachievers during the WNBL20 season, despite their .333 winning percentage. Nevertheless, the Flames have made plenty of alterations to their roster in an attempt to take a positive step in their team’s outcomes for next season.

With Lauren Scherf the lone contracted player, the initial procurements for next season came by way of other WNBL teams. Opals guard and former Lynx member Lauren Mansfield averaged 10 points and five assists per game, and also stands strong amongst some of the best defensive backcourt players throughout the league. Meanwhile, young Southside Flyer Anneli Maley adds a prominent presence around the rim after a year with last season’s runners-up. Maley also boasted ridiculous numbers in the 2019 NBL1 competition, averaging 20 points and a mammoth 15 rebounds per game, which earned her the fixture’s Youth Player of the Year award.

Subsequent moves building upon Katrina Hibbert’s team would be the gaining of Alison Schwagmeyer, last season’s Sixth Woman of the Year. Hibbert made a point of signing Schwagmeyer to add her to a new core group of players looking to make a playoff push for next season. Another addition to the group was Florida Gator and member of Galatasaray S.K., 24-year-old sharpshooter Funda Nakkasoglu. The signing of Nakkasoglu marked the beginning of a blitz of new faces.

The next of Hibbert’s signings would be the addition of Kiera Rowe on a one-year-deal and the contract extension of Shanae Greaves a week later. And after securing Opal legend Natalie Burton and former Flame Carly Boag, Coach Frog [Hibbert] had only a single piece remaining to complete her squad. The final move for Sydney’s signing period ahead of November 20 would be the re-signing of Maddie O’Hehir. Having been a Development player with the Flames since the 2017/18 season, O’Hehir will remain with the Franchise for an additional year.