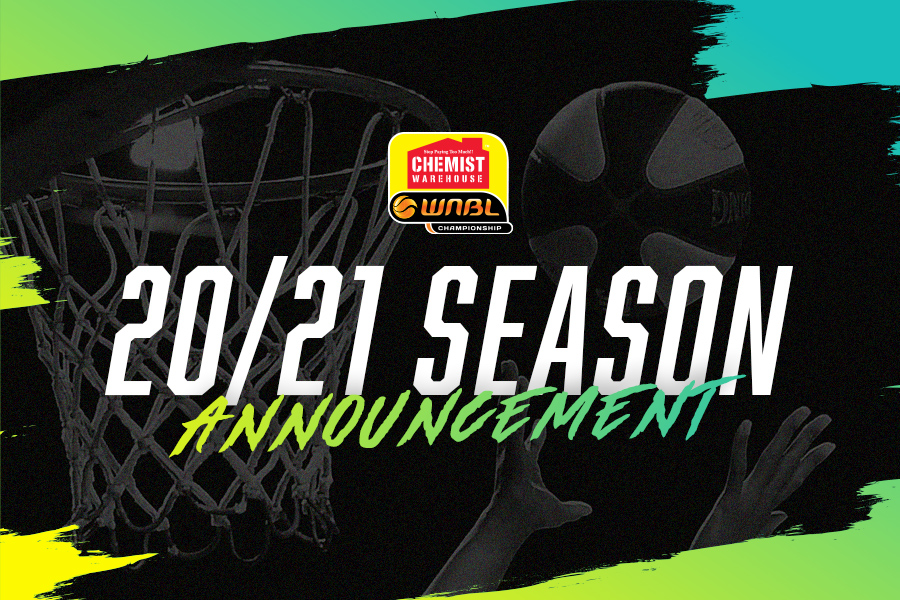 THE Women’s National Basketball League (WNBL) will tip off in late November for the start of the 2020/21 season, in a special announcement made by the league today.

The competition’s Opening Round will be across the weekend of November 20-22, and the regular season will run until March 3-6, 2021. The Semi-Finals Series will take place the following two weeks from March 12-21, with the Grand Final Series played in the final week of March.

Each of the eight WNBL teams will play 21 regular season matches, with Basketball Australia also confirming the End of Season WNBL Awards Dinner will take place in March with details to be confirmed. Broadcast details and the fixture itself will also be announced in time.

The decision to push back the season a month and a half compared to the 2019/20 competition was to align with expected state and federal governments COVID-19 restrictions regarding return to play guidelines for elite sport and public movement between states and territories. With the Tokyo Olympics also delayed until next July, the later finish to the season means those Opals competing in the WNBL competition will have more preparation for the sport’s biggest international event.

Basketball Australia Head of Women in Basketball, Lauren Jackson said the league would need to be flexible with the fixture and other aspects of competition.

“To enable the league and clubs to operate their businesses accordingly and to give fans and broadcasters clarity over the new season, we are prepared to start the 2020-21 Chemist Warehouse WNBL season without fans should current COVID-19 restrictions on mass gatherings remain in place,” she said.

“Should restrictions ease over the coming months, we will adapt accordingly with the view to our passionate members and fans being able to attend games when it’s safe and viable to do so.”

Jackson also said the season structure and financial model was of upmost importance when making the announcement to ensure the amount of regular season games were maintained and the current minimum player payment for Australian athletes was maintained.

“Women’s professional sport in Australia has taken giant leaps forward over recent years and it’s extremely important to Basketball Australia that the WNBL doesn’t regress during these times of global adversity, in fact we want the opposite to occur,” explained Jackson.

“Australia is the envy of the basketball world for the quality of talent we produce both on and off the court. With an eye on the Tokyo Olympics and the 2022 Women’s Basketball World Cup in Sydney, having a strong domestic league while providing opportunities for our current and emerging talent is our priority.

“Basketball Australia and the WNBL Commission are considering other initiatives to further support the league and teams during these unprecedented times, while ensuring the integrity of Australia’s longest-running elite women’s sporting competition is not compromised,”